iQiyi is set to close 2021 on a high with its latest heavyweight Original K-series Bad and Crazy, from the production team behind The Uncanny Counter, starring Lee Dong Wook (Tale of the Nine Tailed, Guardian: The Lonely and Great God) and Wi Ha Jun (Squid Game, 18 Again, Something in the Rain). Making its debut today, November 18, is its first ever 15-second concept teaser featuring dashing leads Lee Dong Wook as the “Bad” and Wi Ha Jun as the “Crazy” characters. The action-packed sneak peek even sees Wi riding a motorcycle at high speed through streets and down the stairs, with Lee riding pillion. Viewers can look forward to the intense, contrasting personalities and ‘bromance’ chemistry in a series to premiere this December across 191 territories, exclusively on iQiyi.

Lee Dong Wook plays Ryu Su Yeol, a corrupt cop driven only by career advancement. The teaser opens with Lee sprinting at speed, then punching someone hard, before he suffers a heavy blow himself – bare chested. With his arms open, Lee is then seen looking up into the rain and relishing it, bringing to mind the iconic scene from the film The Shawshank Redemption. Lee’s segment closes with a smile that brings goosebumps, echoing his character personality that alternates between good and evil.

In the first series after shooting to international fame in Squid Game, Wi Ha Jun plays ‘K’ in Bad and Crazy who fights society’s injustice with his fists. On a speeding bike with a helmet on and clad in a red and black leather riding suit, Wi is then seen assaulting someone dressed in a green sweatsuit – in a somewhat familiar scene. On a motorcycle, Wi rides and brakes in style, and even shatters a car’s side window with a wheelie. With an uppercut to someone’s jaw, before removing his helmet to reveal his grin, viewers can feel the insanity that flows through Wi’s ‘K’.

Bad and Crazy will weave together many themes including action, dark comedy, suspense and crime for a satisfying and exciting series of vengeance in an insane society. The iQiyi Original series is by the production team behind The Uncanny Counter, together with the CG effects team responsible for Korean film Seobok and series Guardian: The Lonely and Great God. With film-like production values, Bad and Crazy is set to thrill viewers on a wild, entertaining ride. 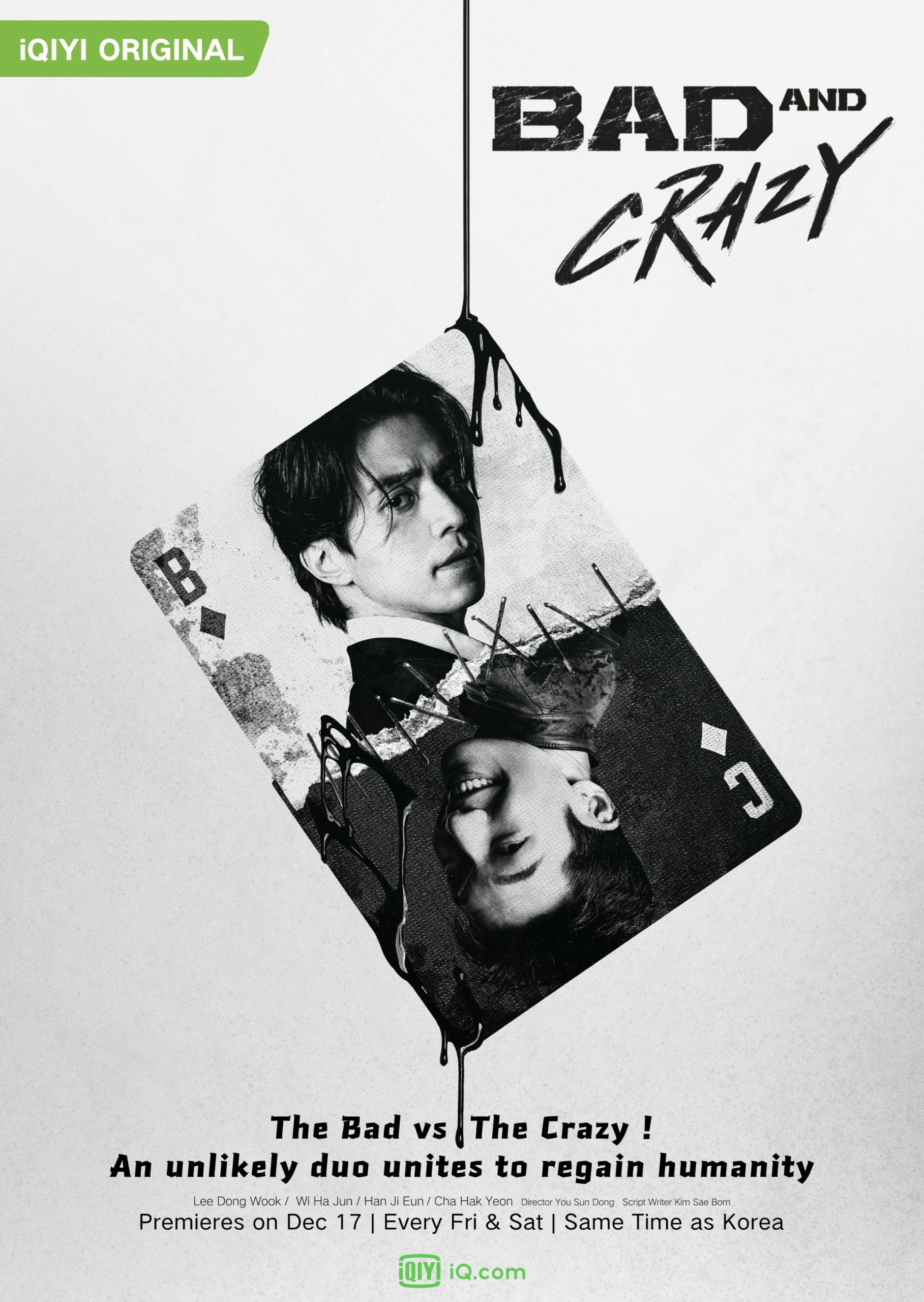 Bad and Crazy is a heroic drama that follows capable but bad cop Ryu Su Yeol recovering his humanity after meeting the righteous but crazy ‘K’. The iQiyi Original K-series is set to premiere on December 17, with new episodes simulcasting with Korea on Fridays and Saturdays at 9:50pm, globally across 191 territories on the iQiyi International app and www.iQ.com.