Squid Game, the Korean show that took the world by storm and became the most-watched Netflix show internationally as of 2021, is getting a second season according to its creator Hwang Dong-Hyuk.

COMEBACK SQUID: Hwang Dong-hyuk, the director, creator, writer of #SquidGame says the show will be back with more Gi-hun adventures. pic.twitter.com/uqC1DIdZqy

In a short interview with AP Entertainment, Hwang assured fans that there would be a season 2 and that ideas are currently in his head. “I’m in the planning process currently.”

Hwang told Variety back in September that he initially did not have plans for a season 2, but because of the overwhelming support and apparent pressure to continue the story, he finally has plans for a sequel. Now he says, “So there’s been so much pressure, so much demand and so much love for a second season. So I almost feel like you leave us no choice!”

Back in October, Hwang told The Times that if there was a season 2, he’d explore the story of the Frontman, the ex-cop who became the leader and organizer of the brutal death games in the show. He would also possibly explore the role of the police in the story.

Hwang also told AP Entertainment that it may be too early to figure out when and how the second season will happen. With that in mind, he promised this while speaking in English: “Gi-hun will come back and he’ll do something for the world.”

Considering how season 1 of the show ended, our main character Seong Gi-hun (played by Lee Jung-Jae) will surely be coming back in a second season. Lee Byung-hun will also be reprising his role as the Front Man, as the Suid Game creator expressed his desire in exploring the Front Man’s story. We don’t know much other than that, but we surely can’t wait for more updates and news about the second season of the most successful show on Netflix. 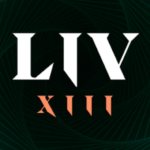 Competitive debaters defy the odds at the largest Luzon Intervarsity 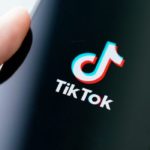