Chris Pratt has landed yet another voice acting role. It was announced on Monday that he will be voicing Garfield the famous lasagna-loving cat in an upcoming animated feature written by David Reynolds (Finding Nemo) and directed by Mark Dindal (Chicken Little). Reynolds and Dindal collaborated back in 2000 for The Emperor’s New Groove.

There have been talks for a while now about a Garfield movie in the making, but now it’s official. Garfield will be getting an animated feature soon, to be released by Sony Pictures. DNEG Animation, the studio that made Ron’s Gone Wrong, will be working on the Garfield movie.

In the comics, Garfield is an orange, lasagna-loving cat who lives with his owner Jon Arbuckle and with Odie the dog. However, no details have been disclosed for the plot of the animated feature, so it’s hard to say which of the other characters in the comics will be seen in the movie.

It’s only been a little over a month since Pratt announced that he was voicing Mario in the Super Mario Bros. animated film, and now he is also voicing another iconic character.

People weren’t all that happy that Chris Pratt was voicing Mario, and it looks like they feel the same way about the actor voicing Garfield. The internet has made quick work of the announcement and shared memes to poke fun at Pratt’s latest voice acting role.

Here are some of the best memes we’ve compiled:

We gotta stop Chris Pratt before he gets two more major voice roles and snaps us pic.twitter.com/ZsME9rEfdp

Chris Pratt will be playing Matthew Mercer in a new animated adaptation of Critical Role. I'm sorry you had to learn this from me @matthewmercer. Here's the article. pic.twitter.com/lIRP5P0GQv

BREAKING: Chris Pratt to be the voice actor for Scarlett Johansson pic.twitter.com/F6MQgSOc5n

JUST IN: Chris Pratt has signed on to play the voice of everybody in new upcoming animated film about everything. pic.twitter.com/n0HVI2vf8b

Chris Pratt has been casted as you! You are voiced by Chris Pratt! pic.twitter.com/SJyscZDwNX

Chris Pratt is going to now catch'em all, cast as the voice of Ash Ketchum pic.twitter.com/YybBMx3pqx

Chris Pratt has been cast as Mr Worldwide in an animated ‘PITBULL’ movie. pic.twitter.com/OiHKXzJY2w

CHRIS PRATT IS GARFIELD NOW TOO?
IT'S EVOLVED FROM MARIO AND NOW IT'S THE FUNNY CAT
WE'RE LIVING IN A SIMULATION AND IT'S RUN BY CHRIS PRATT LMAO pic.twitter.com/357DSYZUS8

Hatsune Miku from Vocaloids is voiced by Chris Pratt pic.twitter.com/PAjSbHEjFi

— your fave is voiced by chris pratt (@yourfavcrisprat) November 1, 2021

Chris Pratt is well-known for his live-action roles, such as Peter Quill / Star-Lord on Marvel’s Guardians of the Galaxy and as Owen Grady on Jurassic World and Jurassic World: Fallen Kingdom. However, the actor has also had some experience with voice acting — he voiced Emmet Brickowski in The Lego Movie and its sequel The Lego Movie 2: The Second Part, and he also voiced Barley Lightfoot on Pixar’s Onward. 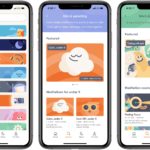 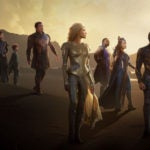