The first Uncharted trailer featuring Tom Holland has finally been released but has gained a lot of different reactions from social media, specifically on Twitter.

The movie is apparently a sequel to the beloved games it’s based on, starring Tom Holland as the charismatic Nathan Drake, Mark Walhberg as Victor “Sully” Sullivan, and Sophia Ali as his love interest Chloe Frazier.

It is directed by Ruben Fleischer who has worked on box office hits like Zombieland and Venom. It took almost a decade for this movie to finally hit the big screen. In 2011, Mark Wahlberg was set to play Nathan Drake, but will now play Drake’s mentor figure Sully nearly in the movie that will be showing in theaters on February 18, 2022.

Twitter had interesting reactions to the new Uncharted trailer, almost all tweets focusing on the movie’s cast.

Some were pretty positive about Tom Holland being cast as Nathan Drake.

ok but I'll never shut up about tom holland as nathan drake pic.twitter.com/Mh0MalhPBA

Other’s weren’t as happy with the casting of Tom Holland.

i am sorry. i love tom holland but i feel he's miscast here because he looks too young to play the character.

When will Hollywood realise there are other actors out there? You don’t need to recycle the same people for every film. The casting for this film is lazy in my opinion and frankly verges on nepotism. I personally would like to see a variety and non associable actors in films

Im sorry. I like Tom Holland alot especially as spider man but this is not it. Why did they even cast him in the first place and Mark Wahlberg aswell. Uncharted isnt supposed to look like this. Thats just my opinion. They couldve gone for someone more mature like Ben Barnes

Many others brought up a fan-made short film that starred Nathan Fillion as Drake. A lot of people believe that Fillion fits perfectly as the character of Drake.

before we get the first trailer for the Uncharted movie i wanna bring back this incredible Uncharted Short Film with Nathan Fillion pic.twitter.com/xDsAwW7SoN

JUST LOOK AT THIS: pic.twitter.com/1BI6wPF2Dx

This tweet summarizes the two main reactions of fans and the Uncharted trailer.

The two moods of people watching the Uncharted trailer: pic.twitter.com/sfO5xbo1Z1

At the end of the day, we’ll all have to wait and see when this movie comes out to see if Sony made the right choice with their casting and with the movie’s story. 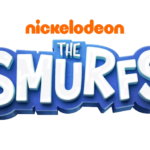 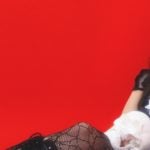