In celebration of Buwan ng Wika, Teatro ni Juan presents their reinterpretation of classic Filipino folk songs and nursery rhymes to contemporary narratives with “OYAYI: Tinig ng mga Hiraya’t Pagkarahuyo“. An 8-part audio drama series, OYAYI is a collective composition that begs to provide what the eyes can’t see to challenge the listener’s imagination in bridging the gap between fact and fiction.

Set from 1983 up to the distant future, each episode features damaged tales and conversations of tragedy that are unearthed from the dark – in which one would question the familiarity to these tunes; an earworm that one cannot get rid of. OYAYI is the lullaby to keep you up at night. 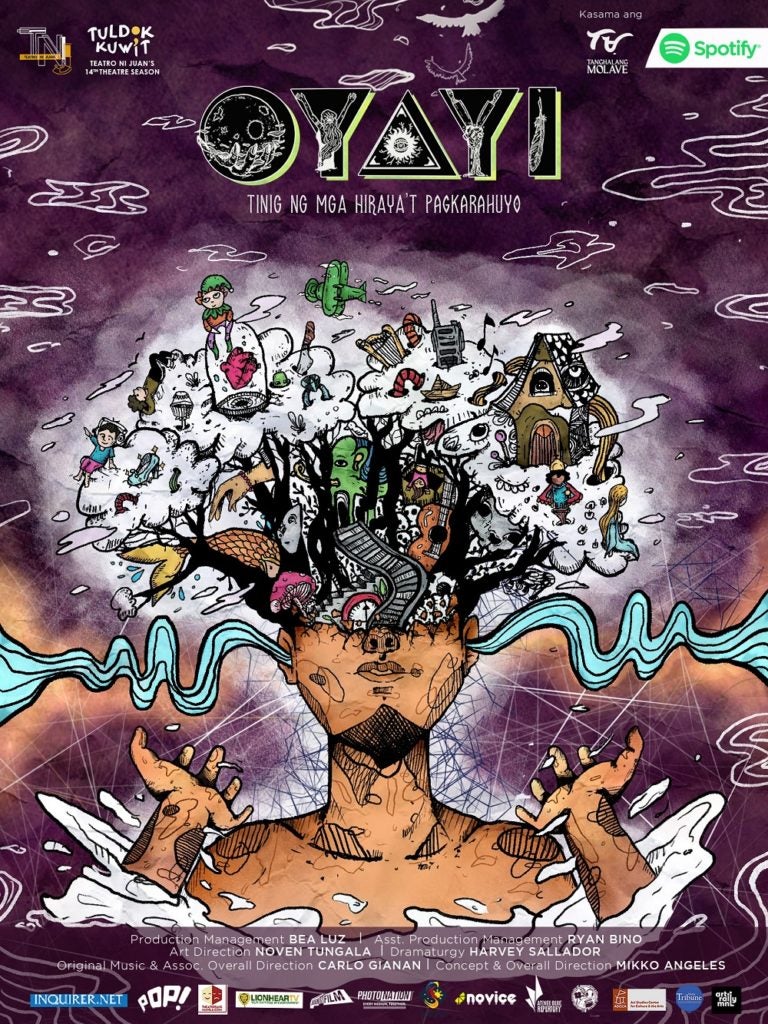 TRIGGER WARNING: OYAYI contains themes, language, violence, sex, drug use and other issues that may not be suitable for young audiences. Listeners’ discretion is advised. 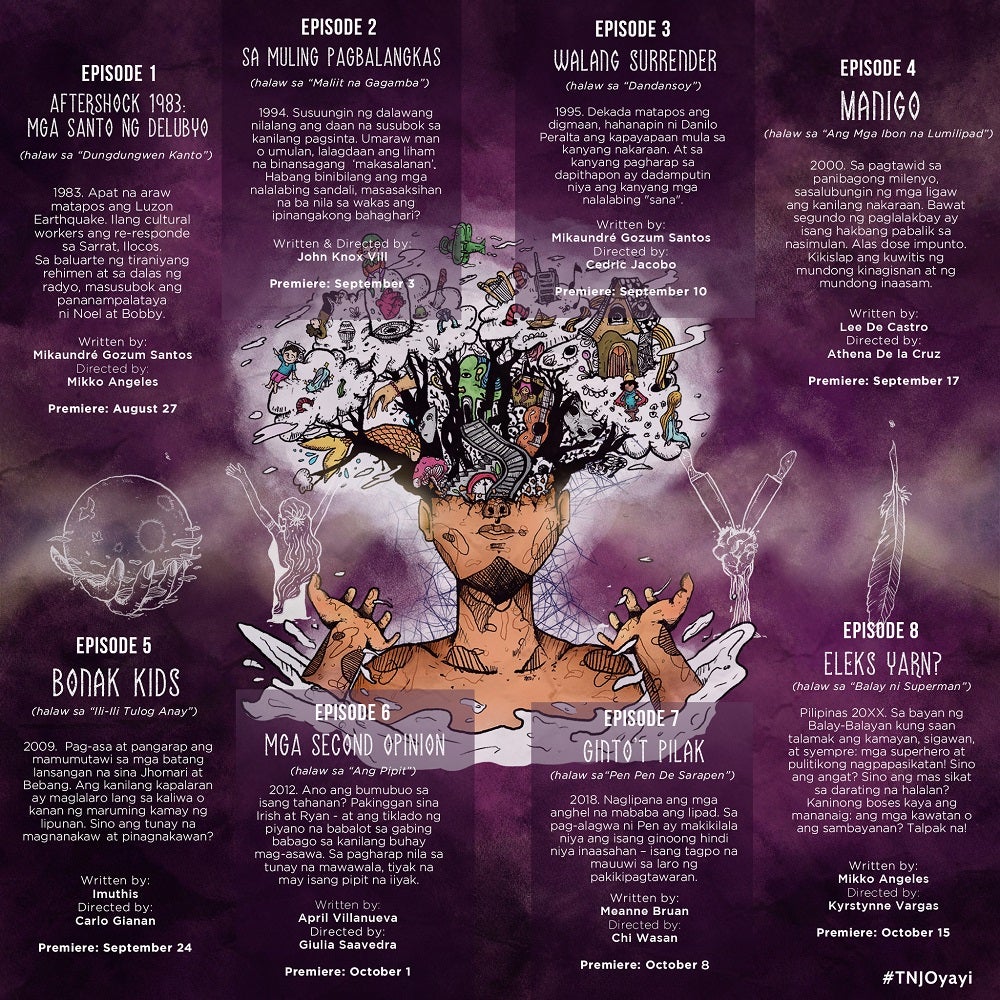