The verdict is out. Last August 12, the court passed a 3-year sentence for Seungri, former member of the well-known boy group, BIGBANG. After being involved with the infamous Burning Sun scandal that shook the K-Pop community, he has now received a sentence, along with a fine of 1.15 billion won. The issue first broke out in 2019, just before he enlisted for his mandatory military service.

The court found him guilty of all nine charges, which includes the following:

Seungri has only admitted guilty to one of the charges, which is the violation of Foreign Exchange Transactions Act, where there was an illegal monetary exchange of 1 million dollars for casino tokens. The defense will be given 7 days to appeal after receiving the copy of the indictment.

Coincidentally, the 15th anniversary of BIGBANG will occur 7 days after his conviction.

Due to being a creative director and shareholder of the nightclub called Burning Sun, he was initially investigated to learn the extent of his involvements. Most of the crimes related to the scandal are connected to his business partner, Yoo In-seok, who admitted to some of the charges. In the investigations concerning the prostitution mediation for investors, another case came to light, which was the Jung Joon-young KakaoTalk scandal. Within the chatroom where videos of nonconsensual rape was distributed, Seungri was said to be a member, along with other K-Pop idols.

Although he received a lot of hate, the public still seems to be divided mainly due to how his case was handled. The Burning Sun scandal was sensationalized by the media by putting a celebrity at the forefront, despite other people having greater involvement that was already proven. There have also been conflicts during previous investigations, where witnesses shared that their experiences only ever involved Yoo In-seok, not Seungri.

The witnesses also revealed during previous hearings that the police had misrepresented their statements, gave them leading questions and placed them under duress, which resulted in several inconsistencies. Given that the prosecution was actually helpful to prove Seungri’s innocence, it is natural that some found it weird that the court placed the inconsistencies to the defense’s fault. Whether the police felt pressured to provide results for the case, or there had been some evidence that was not revealed to the public, only those involved can say.

Meanwhile, other BIGBANG members are still keeping silent about the proceedings in order to not incur more backlash. VIPs, the name used for BIGBANG’s fans, took to Twitter after the verdict was announced. They seem to be split in their opinions of whether to criticize or support the retired singer.

I used to be a fan of Seungri and even I knew to stop supporting him when the evidence came out. I do hope fans that were still standing with him can finally stop now. Imo 3 years is not enough but better than nothing.

FINALLY at least SOME SORT OF ACCOUNTABILITY!!!!!! https://t.co/UOEHGlxtKx

There was no handbook for VIPs with definitions about OT4, OT5, etc. People are supporting BIGBANG the way they think is the right way. Blaming each other or getting mad because another VIP is not your definition of OT5 just seems… Idk weird

I watched 'Run, Bigbang Scout' again today. A letter to Ri said that he is soft and vulnerable inside. Ri also said many times in different interviews that he felt lonely and scared without his hyungs. I just hope they'll stay strong all together 🍀 https://t.co/ar2XG99Vv7

There were also mentions that Seungri is sure to be filing an appeal, due to an Instagram story posted by Akira, one of his Japanese friends. It reads “For the time being, wait a week! Phoenix”, which fans immediately connected to the 7-day allowance given by the court for the defense to submit their appeal.

There really is a possibility that Seungri will appeal.

It's not over yet, I believe it. pic.twitter.com/ArPoYilP0N

I just want to thank his Japanese friends, Akira-san, Leica-san, Aoyama-san, and Sensei. You've been a really great friend to Seungri. I don't know what VVIPs do if you are not here, assuring us that he's okay. Really, I'm so thankful for all of you. 🥲🥲🥲😊😊😊 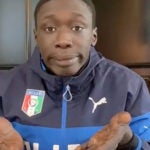 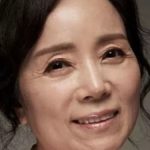 Remembering Kim Min Kyung, the ‘Eomma’ in some of our fave K-Dramas