After the K-pop group GOT7 departed from JYP Entertainment, Jay B is finally preparing for the release of his very first solo EP. With his new moniker, the boy group’s leader is ready to showcase a different side to him under his current company, H1GHR Music.

Intro – Jay B is set to make his comeback on August 26th, leaning into a more R&B style and sound. His first solo mini album will be composed of seven tracks, including his first official solo single, “Switch It Up”. He previously released this last May under the new company, featuring his labelmate, South Korean rapper Sokodomo.

The singer has worked with several other artists for this album in order to have a variety of musical styles, signalling a contrast from his earlier works as a member of the group under JYP Entertainment. The song “Switch It Up” got 6th place in the Billboard R&B Digital Song Sales Chart, making Jay B the very first Korean solo artist to achieve this feat.

Along with the album release, the artist has also prepared a special surprise for Filipino fans. There will be a one-on-one video call event that serves as a virtual meet-and-greet with the lucky fans to be chosen. Each preorder of the album automatically allows an entry to be one of the people selected for the event.

You've missed him, and he absolutely missed you too. Are you ready to talk to him? ❤️ @JAYBDEF___ is excited to meet you in our upcoming JAY B 1st SOLO EP 1:1 VCE!

Last January 10 of this year, JYP announced that all seven members have decided not to renew their contracts with the company. Fans had been demanding for better treatment of the group as they seemed to be lacking in production effort and promotions compared to other K-pop groups handled by the agency. The members have signed with various companies in order to pursue their own careers in music, acting, etc. 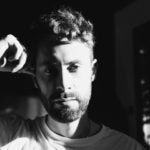 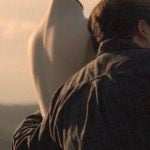