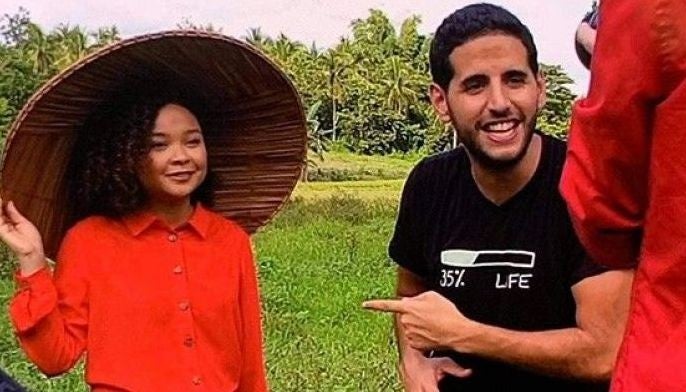 Cultural exploitation and Pinoy baiting seem to be a novel and fresh new way of tackling modern-day colonization. Case in point: Nas Daily’s most recent controversy about Nas Academy’s course on “Whang Od and The Art of Ancient Tattooing”.

Although it’s currently a heavily covered topic on the internet, here’s a short background on the issue: In a now-deleted post on Facebook that was posted on August 4, 2021, Apo Whang Od’s grand-niece, Gracia Palicas, warned that Nas Academy’s course on “Ancient Tattooing” wasn’t real and is a scam, saying that her grandmother did not sign any contract with Nas Daily and his team to do such thing.

She also added that their village was concerned with some people profiting and exploiting their culture, and urged others to help stop the disrespect being done to the legacy of Apo Whang Od and the Butbot tribe.

Filipinos online were shocked and rallied behind Palicas, asking Nas Daily to explain himself, to take down the course on Ancient Tattooing, and to call him out on his blatant Pinoy baiting. As of writing, the said course has been taken down from their site (although temporarily).

Nagugulat pa ba kayo kay Nas Daily? Lol he has been milking our culture since day 1.

Not Nas Daily being cancelled in the Philiipines in just a matter of 1 minute. Okay then, see you tomorrow.

Me after discovering Whang Od was being exploited by Nas Daily:

I mean, just the idea of the 'tattoo academy' for Php750 is already fishy and kinda disrespectful to the culture. pic.twitter.com/GB3jHdcWEP

THE POWER OF FILIPINO-CANCEL CULTURE

the era of nas daily videos infesting my facebook newsfeed is about to END!! pic.twitter.com/1rf0kCf5wz

Other users like Nina (@ninabiscuit) expounded on how problematic the issue is through a thread on Twitter, explaining that what Nas Daily was doing can already be likened to exploitation of people.

On August 5, 2021, the next day, Nas Academy released a statement regarding the issue on their official social media page, which was a video of Apo Whang Od stamping her thumb print on a document and a caption saying that Apo Whang Od was accompanied by her niece Esetlla Palangdao during this contract signing. For many netizens, including Nina, it was just a shallow defense and a lame excuse for their actions.

UPDATE: NasDaily posted a "statement" which is literally just a video of Whang-Od stamping a document with her thumb.

That's your "statement"? What a lame and shallow defense against the power issues at play here.

What’s most surprising and eye-opening about the whole issue with Nuser Yassin or Nas Daily, is Louise Mabulo’s first-hand account of she and her family’s experience with the Palestinian-Israeli vlogger.

I’ve held my silence for 2 years, however in light of recent news, it’s high time I break it.In 2019, Nas Daily had…

In her Facebook post, she described how much she admired him, watching his videos with her father every day. But in the short amount of time she spent with him, Louise was disappointed to see how his internet personality was a farce—he had mocked Filipino accents and language, and even went as far as to calling the people of Louise’s hometown “poor”.

Considering Gracia Palicas’ now-deleted Facebook post, Louise also wrote in her post that “the fact that he [Nas Daily] refused to take down the course until Gracia took her post down is a clear sign of systematic silencing, and the hope that they want to continue their money-making from our culture”. Louise even likened his response to the issue to how colonizers in the past used to deceive indigenous people to sell their lands, but instead of it being land, it’s their culture and tradition.

Later, Nas Daily replied to Louise Mabulo’s post on Facebook through his Filipino page. You be the judge on how he reacted. (TL;DR He gaslighted Louise Mabulo).

Dear Louise,I have also kept my silence for 2 years out of respect to you. But I can't let you share falsehoods on the…

And that’s on neocolonialistic, exploitative, and capitalistic behavior that shouldn’t even be present in the 21st century.

Nas Daily is a prominent example of foreign content creators using Filipino culture, tradition, or anything mundanely Pinoy, as a way to gain popularity and views on their content. Their exaggerated and over-amplified reactions to anything about our country brings in a lot of engagement from Filipinos, who consume these kinds of content thinking that these foreigners are actually interested in the culture.

Well, sadly, these foreign content creators aren’t the least bit interested in our culture and are only in it for the giggles and the numerous “Pinoy pride” comments they receive. They continue to bank on our craving for foreign validation as a no-fail marketing strategy, and even have the audacity to exploit the culture that’s supposed to be ours to consume.

It’s time for Pinoy baiting to stop. Like, seriously, stop. We can’t allow this brand-new wave of colonialism to happen. Our culture is not for sale, nor will it ever be for manipulative and exploitative people.

Looking at you directly, Nas Daily, Big Guy Appetite, Happy Reactions, and many others.

Okay then that’s one article. See you next time! 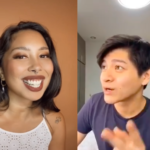 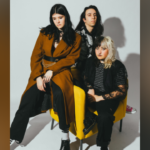