Alternate universe: Twitter as a platform for new-age literary pieces

Writers take up space in almost every platform. As the world continues to evolve with the aid of technology, the literary community evolves with it as well. Even Tiktok has become a dependable support for writers through its #booktok. Although sites such as Wattpad have always been a reliable place for writers, there is always an opportunity for something new to emerge—one of which is Twitter AU.

No, we don’t mean Twitter Australia. AU is an acronym for “alternate universe”, a genre of fiction where the world is set-up differently from what it normally is. It can also be a world featuring already-known characters or public figures where they are placed in a setting that is different from reality or canon. An example of this is a modern or non-magic AU of Harry Potter characters.

Twitter AUs are stories that are told through a tweet thread, characterized by a synopsis, character profiles and images that feature fake tweets and message conversations. Each tweet is considered one episode, and the story progresses in this manner through the dialogues and occasional narration.

Aside from works that feature original characters, most of these that you can find on the social media website are tailored to specific fandoms. Marvel, K-pop, Genshin Impact—you name it—Twitter is likely to have it. This is why this innovative brand of storytelling is largely considered a form of fanfiction.

What makes it a good platform for writers is that making fanfiction has always been a good way to train writing skills. Several famous books today grew from mere fanfiction to globally-known works that spawned their own adaptations. Granted, not all of them turn out well, but there is an importance to the ability to broaden your platforms. It leads to more exposure for your creations, and who knows, it just might be your ticket to getting published.

With the incorporation of fake social media posts and message conversations, it also allows writers to further flesh out their characters. Additionally, this format adds a more realistic touch on the stories since it feels like they are real people with social media accounts we can access.

Indeed, the digital age has provided us with a lot of opportunities to create and be creative. Simultaneously, it allows us to discover a wide variety of stories to entertain us in our daily life. A sweet love story that blooms in a flower shop? Gangsters fighting for an abandoned territory? A heartfelt drama between long lost brothers? Go ahead to Twitter and satisfy your AU craving today. 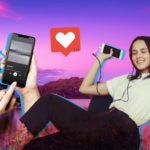 The power of music: Researchers suggest songs that may relieve stress 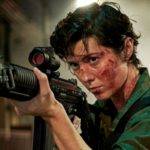