There is a thin line between friendship and love and crossing over may pose a potential risk to the friendship. Thus, most girl and guy best friends choose to be soulmates instead, by remaining friends. This is one of the universal messages of Netflix’s My Amanda, a heartwarming rom-com movie about two unusually close friends who share every aspect of their lives together and that despite their individual worlds falling apart, their bond remains the only constant.

Available on Netflix, My Amanda has several hilarious, nostalgic, and heartwarming revelations both behind the scenes and in the movie itself. These discoveries make the movie more genuine and to, some extent, magical: 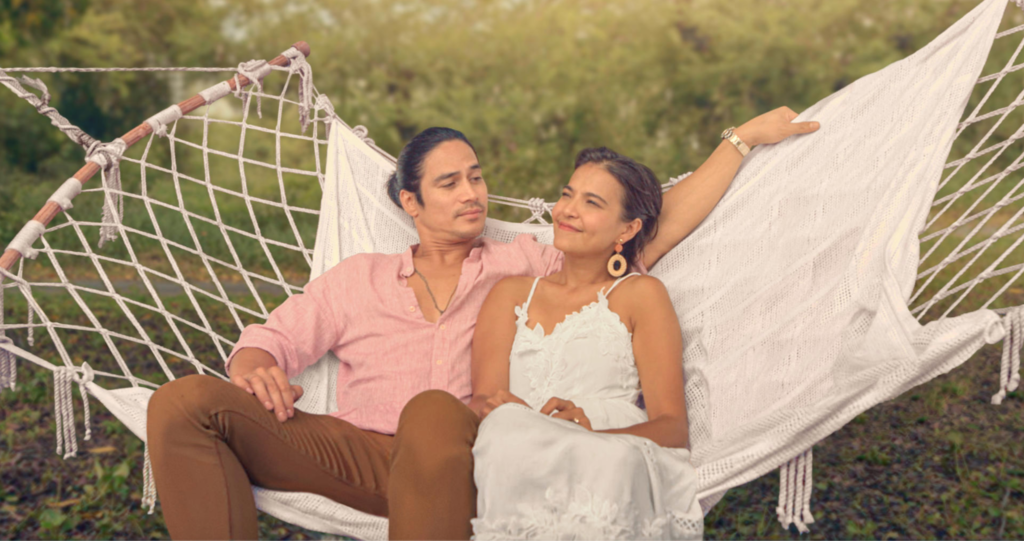 1. My Amanda is not your usual run-of-the-mill rom-com movie

My Amanda is directed by Alessandra de Rossi herself, who also stars in the movie as Amanda or “Fream”, together with Piolo Pascual (who plays as TJ or “Fuffy”, Fream’s guy best friend). With the official release of My Amanda’s teaser recently, we follow the story of how TJ and Amanda—in their journey through life together—adore each other and support one another’s small victories and even individual love lives, yet never crossed that thin line.

Filipinos are obviously rom-com fans but for Pascual and De Rossi, My Amanda has a different take as a love story, and of love itself. The movie will take everyone on a beautiful road trip about how the most genuine relationships can happen and thrive between a guy and a girl and prove they it can withstand anything—even the brokenness of their individual lives.

My Amanda marks De Rossi’s directorial debut; to add to that, this is a movie which she also wrote and co-produced with Pascual, Julio Ledesma Maria, her sister Assunta Ledesma, Bb. Joyce Bernal (who also was the film’s creative director and film editor), and Erickson Raymundo. This was also De Rossi’s first time to be in one film as an actor, director, writer, and be so much involved in post-production, sound design, CG, scoring, editing, color grading. And to say that it was physically draining was an understatement—being behind, and on, the scenes. Thus, she even admitted being rushed to the hospital thrice because of the stress. However, this movie she considers her baby is a labor of love and is all worth it.

“What did I get myself into? How did anyone believe me when I said I’m going to direct it?” she quipped. “While I was directing, I did not have the luxury of seeing myself onscreen and acting because that’s impossible. Minsan makikita ko ay pangit pala yung shot, nakataas buhok ko ganon…I’ll only see it during the preview. ‘Oh my God, ang pangit! (Sometimes, I realized how bad the shot was because my hair was unkempt. It looks bad!) Should I repeat that or what?’”, De Rossi recalled. She even showed a good friend My Amanda’s trailer to elicit a reaction, her friend told her: “Honest opinion?” her friend asked then continued: “I loved it dahil hindi ka maganda sa movie.” (I loved it because you were not beautiful in the movie). And that was exactly what she wanted for her movie to be: natural and raw.
Pascual believed De Rossi had this kind of energy to direct and that he always believed in her talent. He even admitted how he was amazed by the collaboration of De Rossi with veteran director Joyce Bernal. Pascual also confessed how easy it was being directed by De Rossi because she knew her material, script, and shots; she knew what she wanted, and he knew she could wing it no matter what. He just believed in the script and the project, and went along with her, and just had fun. But for Piolo and the rest of the team, being tapped to have a global launch, was a big deal thus they made sure that that they put in all our efforts, whatever they can do to make the film beautiful.

“I don’t want to brag about it, but it was good for Alessandra to take her time…because she really had so much time to discover more, edit it better, and just come up with something so beautifully done in a way that will just make you sit down and watch it,” Piolo said.

3. It was Alessandra’s gift to Piolo

“I have a gift for you, and I hope you like it!”, De Rossi recalled telling Pascual, after his film outfit Spring Films produced the box office rom-com hit “Kita Kita,” in 2017, which she also previously starred in. Both Pascual and De Rossi are really good friends in real life and as a thank you gift to Pascual for turning her life around through Kita-Kita, De Rossi knew Pascual deserved this gift.

“When she pitched it, I didn’t think twice because I knew it was a good film, and it’s a good story to tell. It’s always risky to produce, but once you believe in a project and the idea, you go all in, you dive headfirst. Her sister and her brother-in-law, we were all in right away and there was no turning back once we all said yes, to it,” Pascual said. To which, De Rossi replied: “Thank you for the chance.”

As for Pascual, he has always personally wanted to showcase Philippine movies to the international scene and markets. “We go to festivals to sell our films, we spend so much, and we don’t get distributed, and yet Netflix took a risk getting our film and will launch it globally because I feel that we have a voice and that voice needs to be heard globally as Philippine filmmakers. I’m just happy that they gave us this chance to do it and I hope it will open doors for more.”

4. The script was based on Alessandra’s personal life experiences

“This story is very personal to me because it’s about my friendships, literally,” De Rossi confessed. “My guy best friend’s name is TJ, and he’s PJ (pointing to Pascual). I just used the real name and even how we call each other, Fuffy and Fream.” The story, though, had nothing to do with real life, she said. “I just used the dynamics of the friendship because I wanted to share a different kind of love story. It’s a friendship that’s intimate and not superficial. It’s rare and sincere,” De Rossi added.

To look the part, Pascual had to grow his hair out and even had a permanent injury in his ears because of the six ear piercings, as he wanted it to look exactly like TJ who had tattoos and piercings all over. But what Piolo appreciated his character Fuffy, was that he had “his Amanda” the whole time. Journeying together made him feel as if he was complete regardless, if he was with somebody or if he was in love with somebody else. Their constant love for each other was always present and it brought them to a place where they we were both gifted by something better than what they expected.

De Rossi admits to having the closest friendships with guys who he considered as he older brothers and she wants to share this to everyone. “A guy and a girl can be friends. I had the alcohol, getting drunk, sleeping beside each other. I don’t drink by the way, but it had to be part of the film because I don’t want people to always be beside the opposite sex and think that there’s some sexual tension. I want people to treasure friendships and appreciate them as they are, and just stop adding malice to everyone. Not everyone is there for sex or relationships,” she expounded.

5. It proves that friendship is the purest form of love

One of the most touching scenes in the movie was when Amanda was so broken, and she really just poured her heart out—but without a single word. It was a very quiet scene at the back of TJ’s truck (which actually was Pascual’s own truck in real life) and Fuffy just had to be there for her and embrace that she needed from a best friend. At each other’s lowest moments, the truest of friendships do not need words.

Truly, Fluffy loves Fream with the purest of intentions. It is the kind of love that that does has consciously no intentions to cross the line because the friendship is valued. According to Pascual, this movie will teach us that it is actually possible to not cross that fine line, and just be there for each other, just be there for that person that you value the most. That is why De Rossi suggest for everyone to “Watch it with an open heart, no judgment, acceptance, and just don’t say anything just like a true friend.”

And just like what My Amanda is for De Rossi to Pascual…and now to all of us, a special gift.

#MyAmandaOnNetflix is now on Netflix. To enjoy the movie, go to www.netflix.com/myamanda. 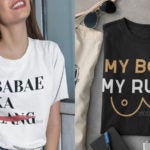 Wear your talk tees: Flaunt your advocacy with these 4 local t-shirt shops 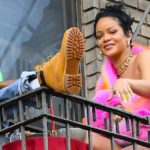