Flashing a picture of 19-year-old TikTok star, Swavy, Williams states that no one in the show’s crew is familiar with him either. Williams even asks the audience to clap if they know him, resulting in scattered applause.

She proceeds to explain that he has more followers than her on TikTok. Norman Baker, Supervising Producer for the show, comes to her defense and announces that her Instagram followers outnumber his, garnering cheers and applause from the audience.

Wendy Williams then proceeds to stare extendedly at the photo of Swavy, visibly scanning him up and down, eliciting laughter from the audience before she announces that he was, in fact, recently murdered.

Swavy, also known as Matima Miller, passed away from a gunshot wound in Wilmington, Deleware. Williams’ build up to this news left a sour taste in a lot of people’s mouths.

Other people are calling for the show, currently on its 13th season, to be cancelled. Some people were also questioning the inaction of Williams’ crew, featured in the segment.

Swavy’s mother, Chanelle Clark, has responded to Williams’ crass words. She speaks of Wendy as both a mother, her son 20-year-old Kevin Hunter Jr., and a show host, “as a mother, Wendy Williams, how dare you? So disrespectful,” she continues to say, “I used to watch you as a child and even though you have a gossip show and all that, you didn’t even know my son.” 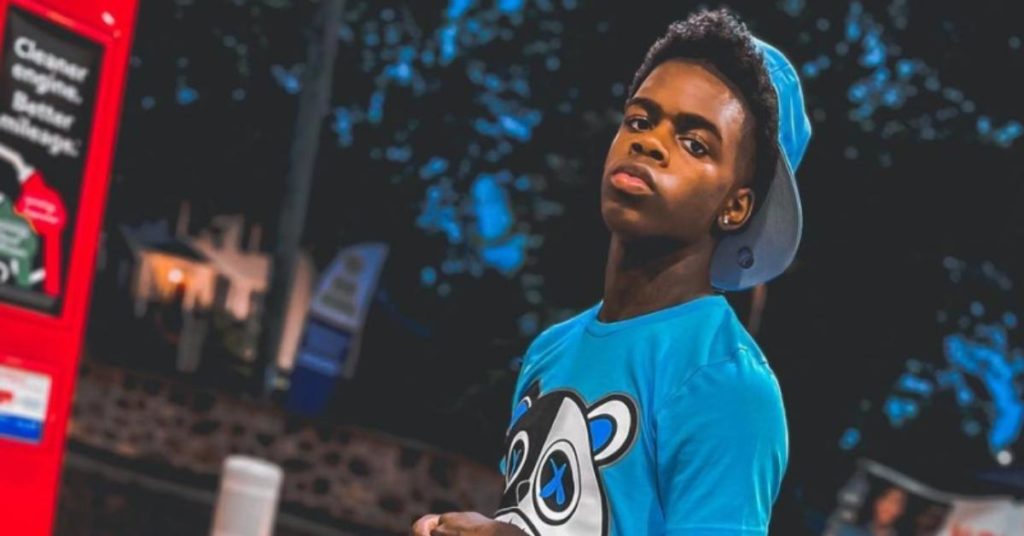 Neither Wendy Williams nor any of the show’s staff have commented on the matter, so far.

Dubbed as the “shock jockette” in her early days as a radio DJ, Williams has always been known as an “honest” host, garnering a loyal fanbase through her candidness about all things, including her personal life.

In a 2019 New York Times Magazine profile, Williams states that “I am often accused of being the person who says things that people really want to say but maybe are too scared to say it.” She adds that “I get in trouble sometimes, but it’s all good. Actually, I can’t even think of what kind of trouble.”

Williams was definitely right about her knack for getting into trouble. This issue is far from the first time where Williams’ “candor” came across as tactless. 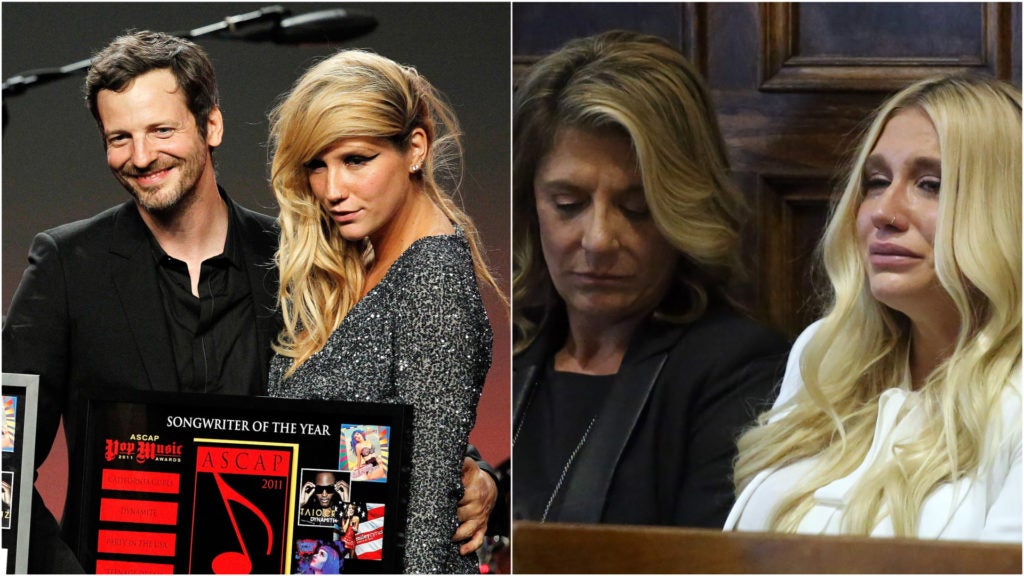 In 2016, Wendy Williams came under fire about her comments on the battery and sexual assault accusations that singer songwriter, Kesha, made against music producer Dr. Luke (full name, Lukasz Gottwald).

Kesha fought long and hard to gain freedom from her contract, and this is what Williams had to say about it: “If everybody complained because somebody allegedly sexually abused them […], then contracts would be broken all the time.”

In the midst of the very long and tiring judicial process, Williams questions why Kesha did not just film Gottwald in the act? “Kesha’s no spring chicken. I mean she’s, like, 30-years-old […]? So, she wasn’t stupid 10 years ago and neither was her mother when the sexual—alleged sexual abuse—started. Why weren’t they rolling camera on it?”

Williams’ comment suggests that it is the victim’s duty to provide “sufficient” and “concrete” evidence of their own sexual assault. As if they are normally sitting around camera ready to capture the moment of their attack. 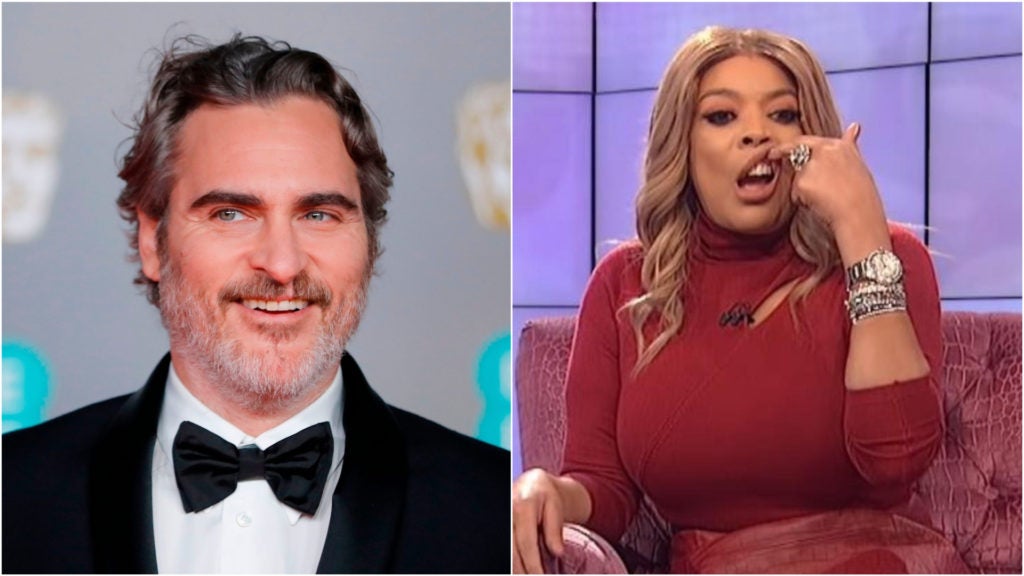 In her 2020 Golden Globes recap episode, Williams comments on the facial features of Joaquin Phoenix. What started out as a playful commentary ended with an uncomfortable imitation of Phoenix’s “cleft lip/palette” scar as she lifts her top lip with her finger, stating that “I find it to be very attractive”

Telling (gay) men to “stop wearing our skirts and our heels”

A couple of weeks after the cleft lip controversy… Williams came back with more.

On Galentines day (a holiday originating from the TV Show Parks and Recreations, celebrated on February 13), a day meant to celebrate female friendships, Wendy Williams does not only bash the holiday but also excludes men from the narrative as well. “If you’re a man and you’re clapping, you’re not even a part of this […] I don’t care if you’re gay.”

Williams may have approached the topic with the intention of having something “just for the girls”, but she takes her point one step too far by asking men to “stop wearing our skirts and our heels” adding “gay men, you’ll never be the women that we are—no matter how gay, sir.”

It seems like Wendy Williams has something she needs to apologize for every other month (sometimes even less than that), this phenomenon has people begging the question whether she purposely creates controversy to create intrigue and traction towards her show.

There haven’t been clear confirmations or dismissals about these theories, but Wendy Williams’ former employers have definitely not kept the (then radio) host accountable for her past mistakes.

In 1995 she let loose a false rumor about Tupac Shakur being raped when he was in prison two years before. Tupac responded saying, “that disrespected me, my family and what I represent.” The issue resulted in the diss track dedicated to Williams entitled Why U Turn on Me?, released after Tupac’s murder in 1996. And still, Wendy Williams kept her job at HOT 97 for more years to come.

In 2006, Williams, on her WBLS radio show, revealed on air that Wu-Tang Clan member, Method Man’s wife, Tamika Smith, was battling breast cancer, without their prior knowledge and/or blessing. Method Man was infuriated by the outing of the information as it was reported that some members of their own family were not yet aware of her diagnosis before this.

Method Man retaliated saying, “You don’t do that to nobody. You say the f*ck you want to say about me, say nothing about my family.” And yes, in case you were wondering, Wendy Williams did indeed keep her job at WBLS.

From her early career up until this day, Wendy Williams continues to let loose words from her mouth that she must atone for. In the three cases mentioned above, Williams did indeed use her Instagram, Twitter and even the opening remarks of her show, to address all the things she’s said and apologize to those who were affected by her words. 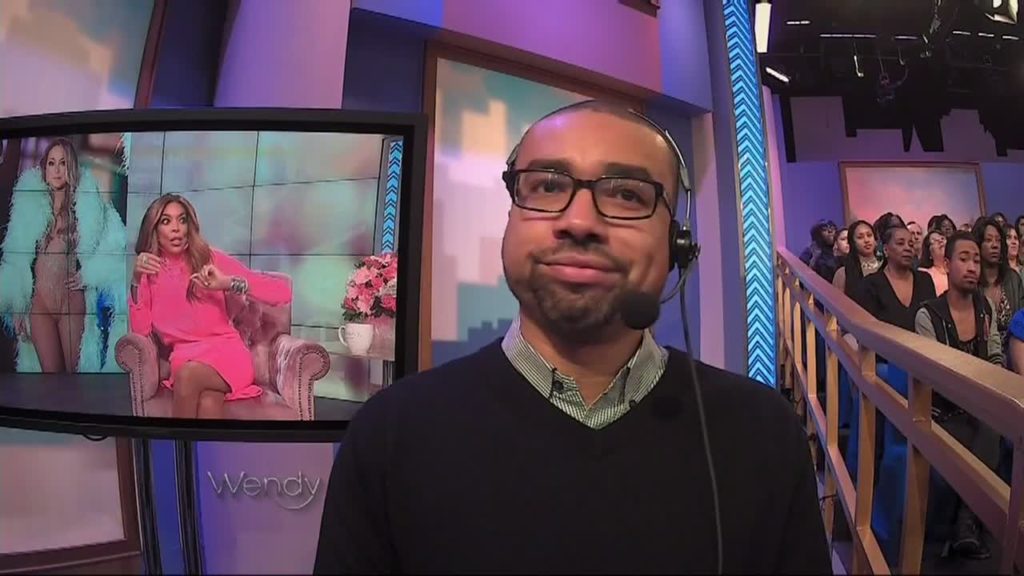 Although it is important to note that Wendy Williams does not work alone, she has a whole crew and staff behind her.

Williams’ show producers Norman Baker and Suzanne Bass are frequently featured on her show, as is her current DJ, Steven “DJ Suss One” Sussman. Both DJ Suss and Norman were on camera, part of the conversation, when Williams was speaking about TikTok star, Swavy.

Last year, Williams’ former DJ (and rumored to be, former lover), DJ Boof, hinted at the possible reason for his departure from The Wendy Williams Show. DJ Boof addressed a comment on Instagram last year when fans were concerned for the wellbeing of Williams as she displayed strange behavior in her, then, more recent episodes.

Williams would go on air repeatedly losing her train of thought and stuttering/slurring her words. Williams finalized her divorce with her former husband, Kevin Hunter, of 22 years in January of 2020. Fans were especially concerned considering Williams’ health issues such as Graves’ disease and Lymphedema; Williams has also admitted to struggling with drug abuse in the past. DJ Boof states that “y’all have no idea what’s really going on.” 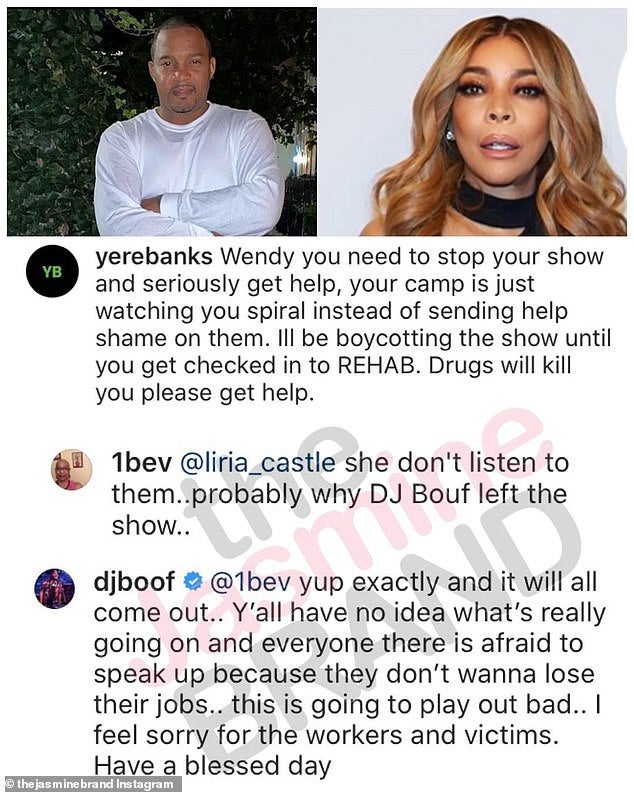 DJ Boof’s comment was captured by The Jasmine Brand before it was deleted. Williams responded to the concern during her opening remarks in the October 26 episode of The Wendy Williams Show, “I guess every day is not perfect, but I’m not a perfectionist. I’m not perfect.” She continues to say “it’s not easy. You’re a tough crowd,”

Her crew may be laughing alongside her on screen, but whether they are dismissing her words and actions with laughter (for the sake of their jobs) or genuinely agree with the things she is saying, is currently a mystery. 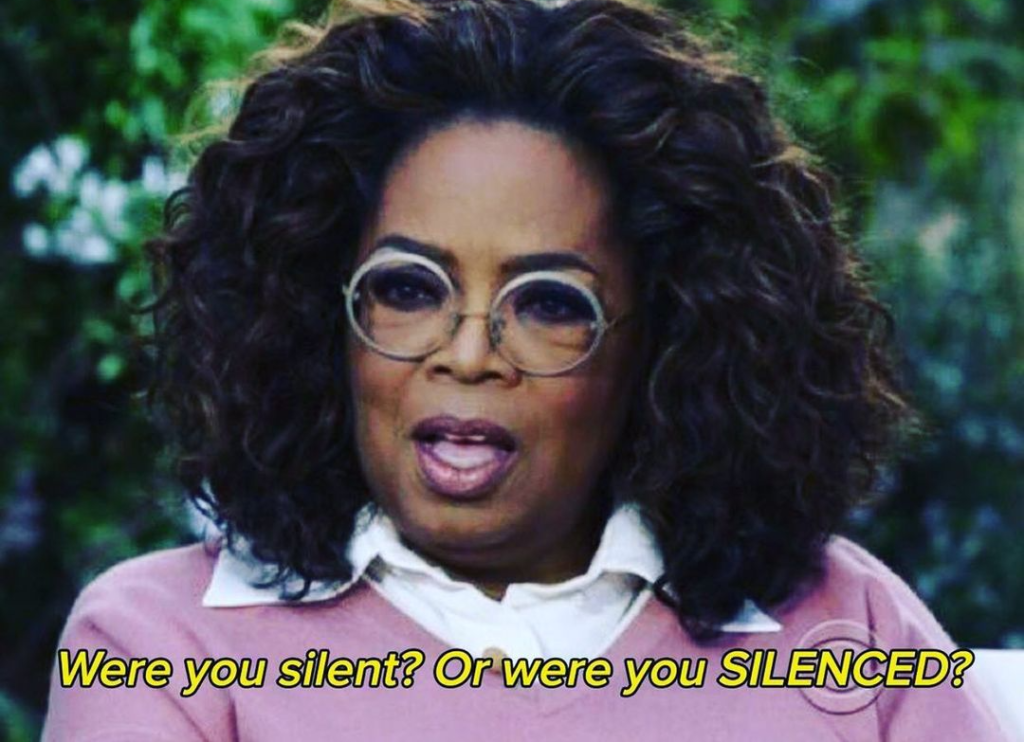 In an Interview Magazine chat last month, with CNN host, Don Lemon, Wendy Williams claimed not to know what exactly cancel culture is. She mentioned that “the things we used to say, which were a part of regular life, we can no longer say.”

Citing a particular example, Williams states “If a girl is a whore, I want to call her a whore. But, I guess, you have to say, “She’s fast”. And then a lot of people don’t know what that means. Girl, you’re a whore!”

It is true that cancel culture has a tendency to drift towards the more toxic side when taken to the extreme, but at its core, cancel culture encourages people to try their best to deepen their sense of sensitivity towards others.

Wendy Williams’ career has adapted over the years, bringing her from the airwaves of radio to the screens of people watching TV, although it seems like what hasn’t changed is Williams’ idea of respect towards other people.

Wendy Williams is loved by her fans due to her raunchy and candid humor but being mean does not necessarily equate to being funny. It is the duty of all people, especially those who have such a big and public platform such as Williams, to keep themselves educated about the ways of the world, no matter how old they are. The fact that Williams makes a living from commenting about certain issues, makes this duty doubly essential to her work.

Wendy Williams knows that her show can’t last forever, stating in an interview with Entertainment Tonight that “I love doing this but I’m realistic and I know it’s not going to last forever,” even sharing that “I would like to be a professor. I would like to get into that classroom action” even before the show comes to an end. 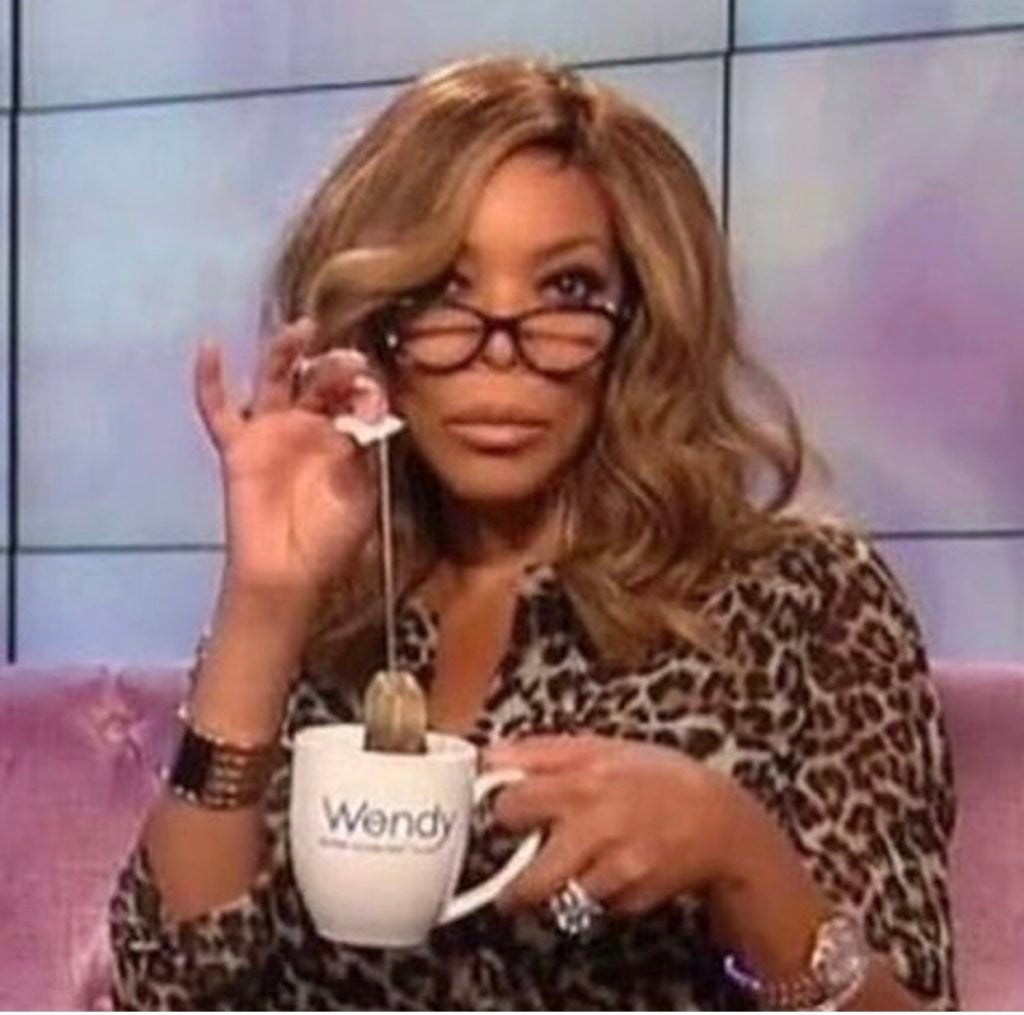 Wendy Williams as a professor… interesting… maybe she can teach Apologies 101.

It’s one thing to apologize for a mistake made, it’s another thing to continuously make those same mistakes time and time again, clearly not learning from them. The more she apologizes, without showing any concrete change, the more her apologies lose meaning. Wendy Williams has to stop saying she’ll do better and instead just be better.