BTS surprises ARMYs with new looks on stage at FESTA 2021

The Grammy-nominated Bangtan Boys or famously known as BTS stunned ARMYs on their first day of FESTA 2021.

As one of their presents for fans, Jin, Suga, J-Hope, RM, Jimin, V, and Jungkook performed songs from their different album eras. To open the concert, the seven boys surprised their fans by singing one of their top three hits: “Life Goes On”’, “Butter”, and “Dynamite”.

Despite the virtual set up, ARMYs were still overwhelmed with the first day of the concert. Aside from the nostalgic songs, the stunning appearance of the seven boys stirred up noise on social media.

Fans were pleasantly surprised to see Jungkook’s look as he wore a short-sleeved top, showing off his arm tattoos. Although K-pop artists are allowed to have it, Jungkook has never shown his tattoos in public and has always covered it in TV appearances and concerts.

He topped the trending list on Twitter with more than two million tweets in just one day.

jungkook's introduction!!! he looks so good oh my god pic.twitter.com/qOlqbtHKq0 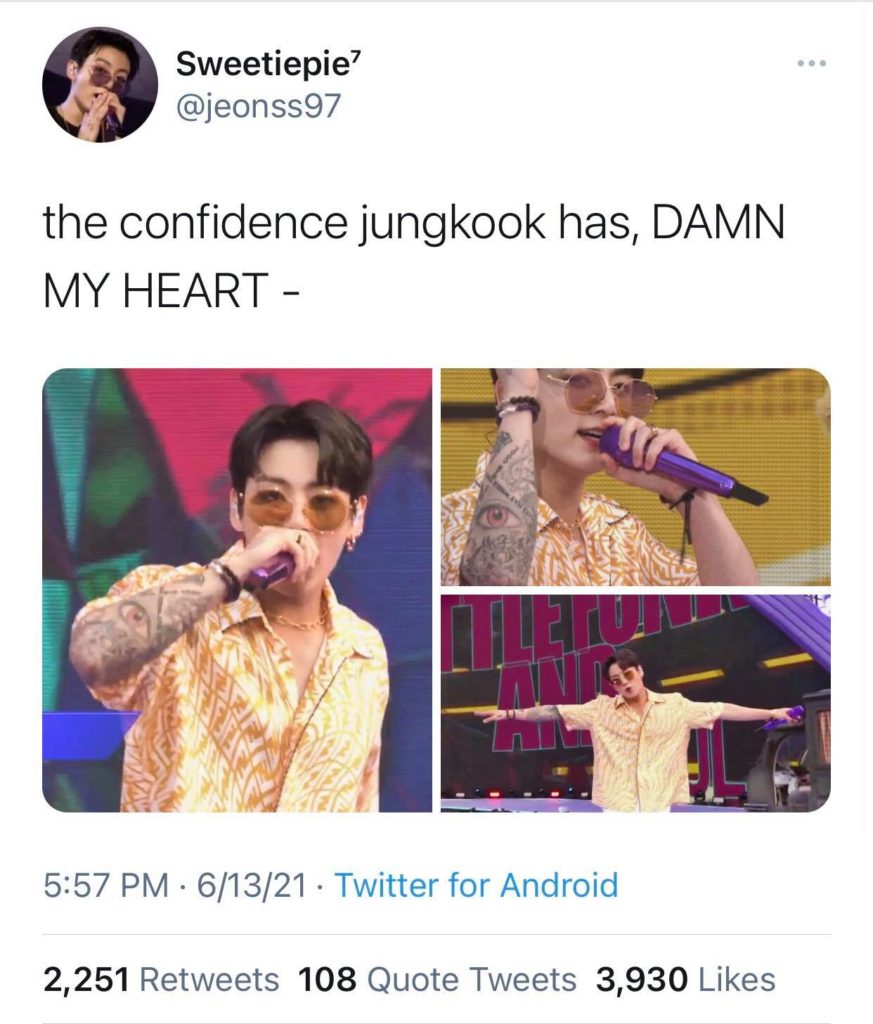 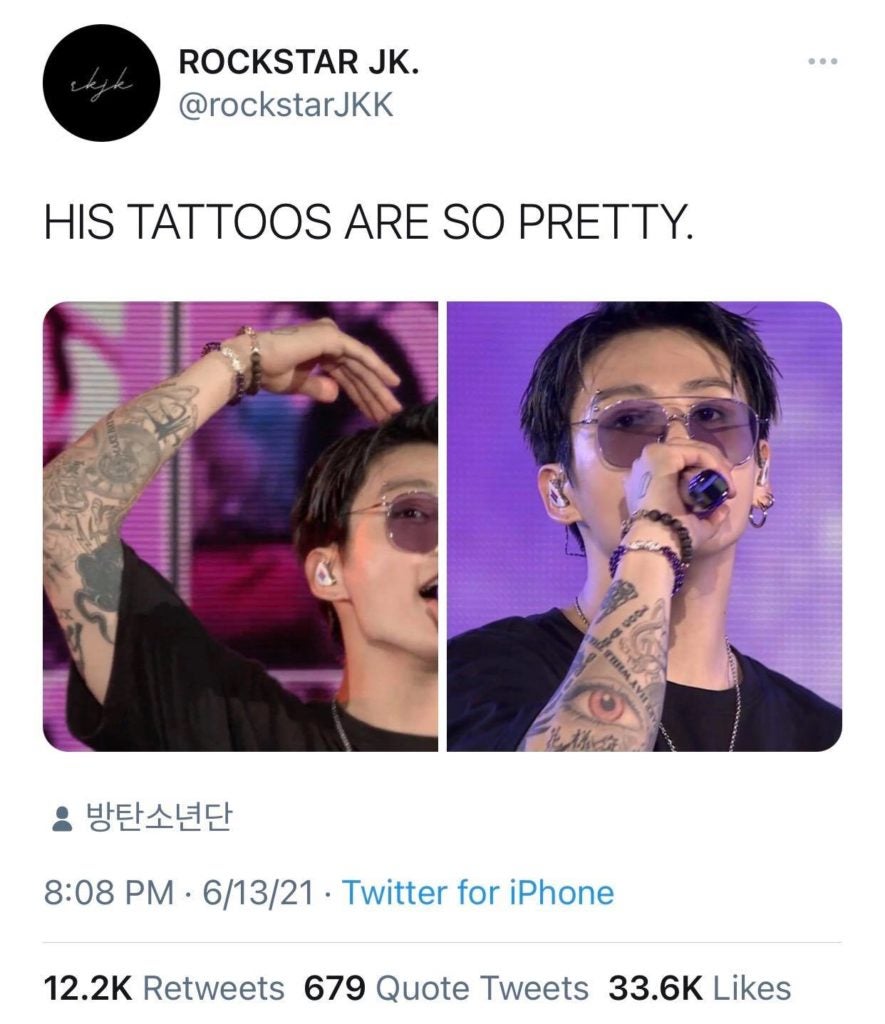 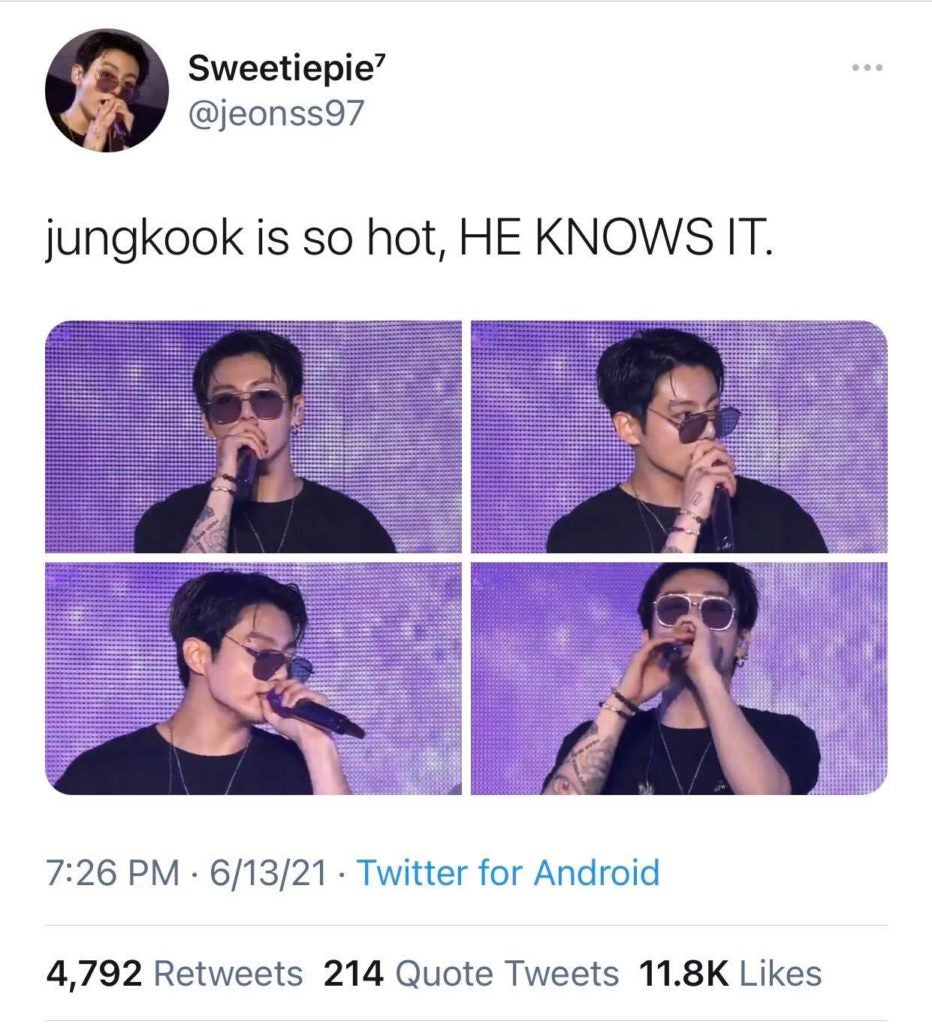 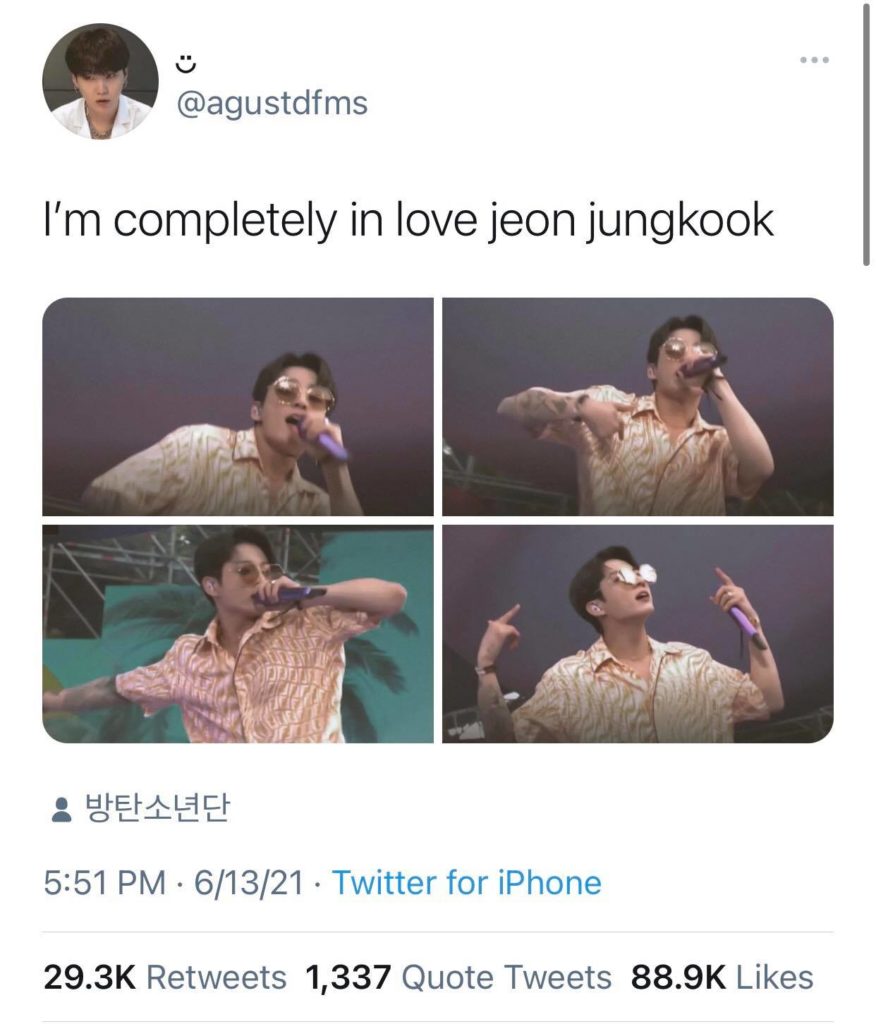 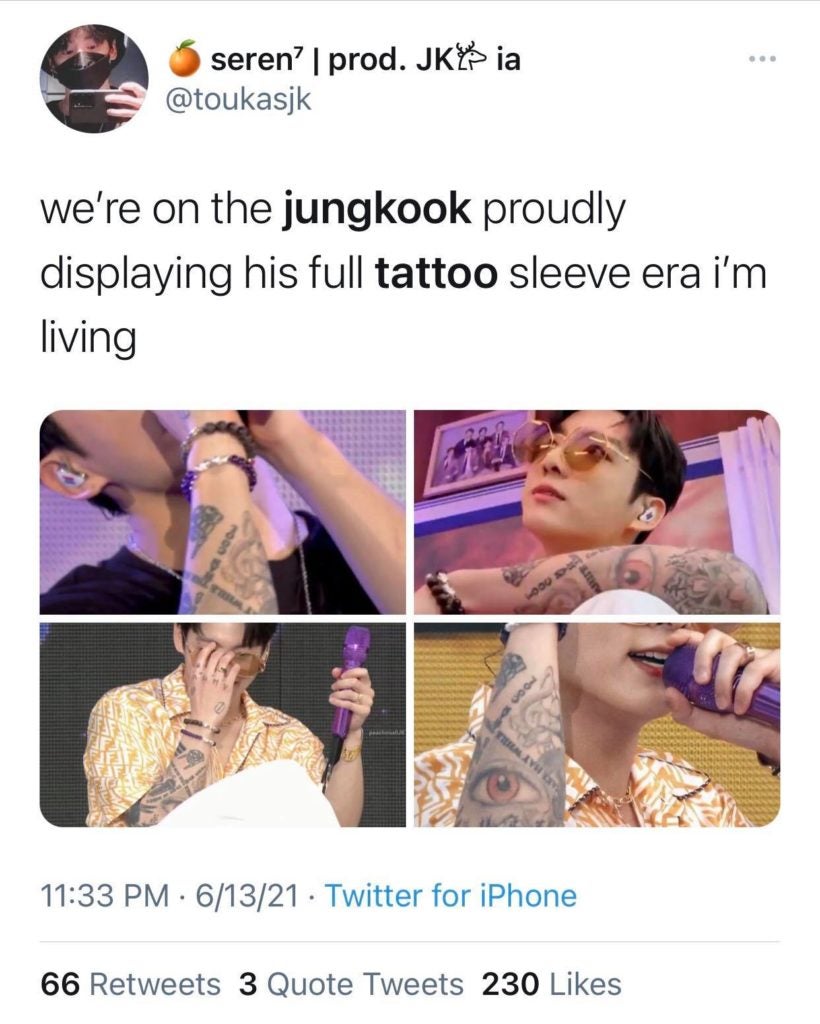 Meanwhile, Suga’s blonde hair rocked the fans as he sang “Daechwita” together with the other members.

ARMYs are going crazy over the full performance as Jin, J-hope, V and RM also execute their rapping skills.

As the members moved on to the next song, Jimin left fans jaw-dropped because of his lip piercing in his performance of “Idol”. 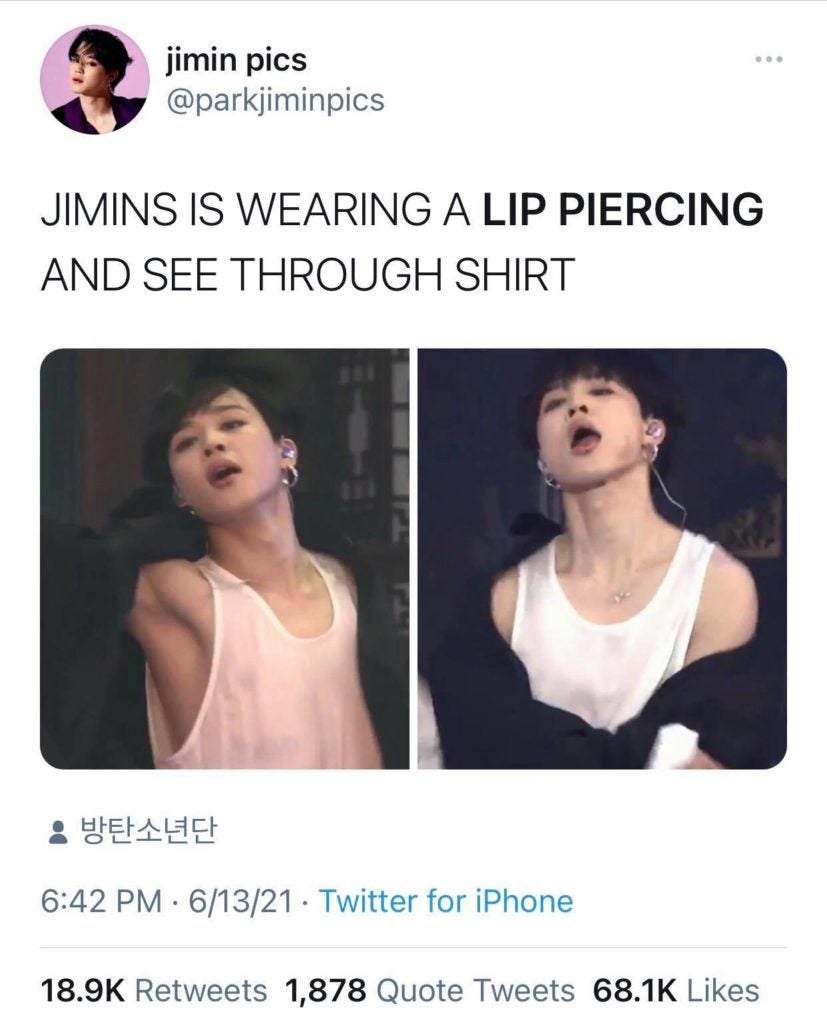 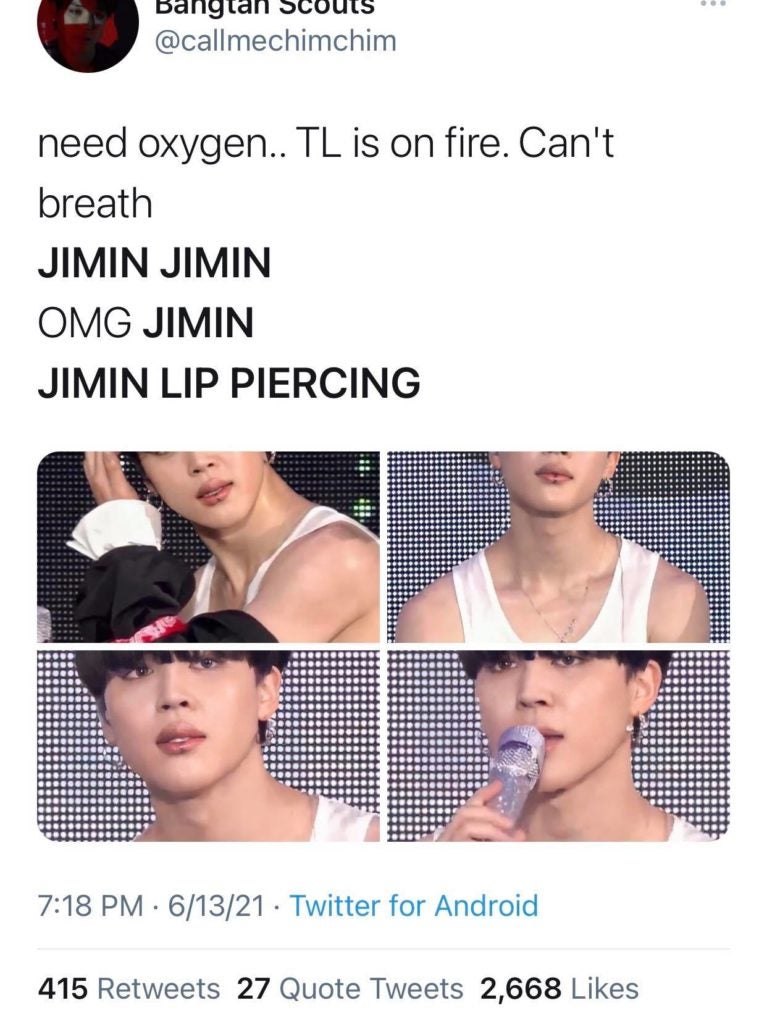 The final piece that was presented was “Mikrokosmos”. The song holds a special place in the heart of every BTS fan as the lyrics tell a message of the boy band’s love for their fans who they consider their brightest stars.

Before the concert ended, beautiful fireworks were also presented after the boys bid their farewell.