Truly, artists don’t just perform, but making a purpose is also their passion.

Aj McLean of the Backstreet Boys and Chris Kirkpatrick of *NSYNC showcased a musical showdown at the Westgate Las Vegas Resort and Casino’s International Theatre last June 5 for a fundraising concert of Victoria’s Voice foundation.

According to reports, the organization was founded by the Westgate Resorts president David Siegel and his wife Jackie after their 18-year-old daughter took her life in 2015 because of drug overdose. The said event was titled “An Evening to Save Lives: Music for Life”.

Working on saving youth from the opioid crisis, the show was hosted and crashed too by Jeff Timmons, another member of one the biggest male pop groups, 98 degrees.

The astounding performances of McLean and Kirkpatrick made a hit as they performed some of their popular tracks “I Want It That Way” by Backstreet Boys, and *NSYNC’s “Bye Bye Bye”. McLean also showed us the shape of his heart by mentioning that awareness and support is important, especially to teens. 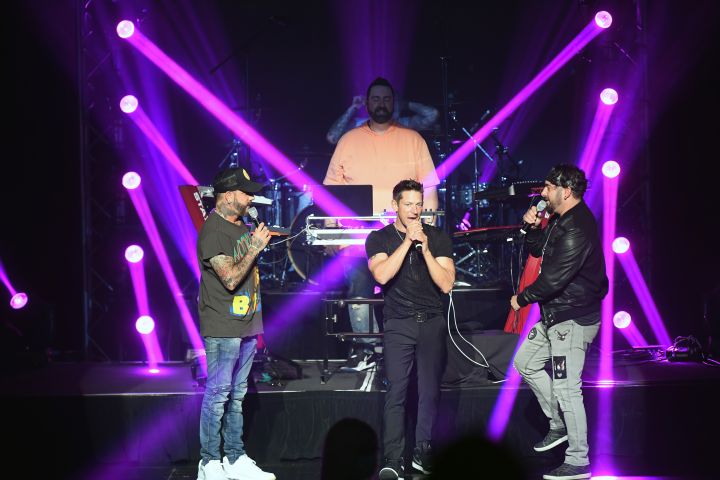 “Something like this is very close to the chest for me, being in recovery and battling my own demons”, McLean noted as a father of two daughters Ava, 8, and Lyric, 4.

On his previous podcast Pretty Messed Up, it is noteworthy how McLean shared his sobriety struggles. “I haven’t been around as many people in a tight space in a year-and-a-half, so I was a little anxious, but knowing that I’ve got a great support group back home helps,” he emphasized.

Meanwhile, Kirkpatrick, who has a 3-year-old son Nash, advised to give tools to research for kids to find out for themselves. Timmons also mentioned a program called Victory Clubs— which helps to educate other people.

“The opioid epidemic continues to grow. There isn’t a demographic that it doesn’t affect, so it’s a universal problem,” according to Timmons.

Overall, the 3 big artists— McLean, Kirkpatrick, and Timmons— commended the objectives of Victoria’s Voice and how it brings awareness to youth.