Between the anxiety, stress, and pressure of college life under quarantine, is there room for love to bloom?

Ikarus Theater Collaborative’s ‘Being Sofia’ aired its fifth and final episode last March 13, five months after its pilot back in November of last year.

‘Being Sofia’ is a coming of age story that many students these days would definitely relate to. Join Sofia, an ordinary college girl who loves memes, literature, and video games, as she goes through the hardships of life as a student in this new normal. She rekindles old relationships with her friends from high school. Drama also sparks with not one, not two, but three of her friends having feelings for her.

With her on this journey are Riley, a chill photography student who loves music, Liam, a talkative yet lovable geeky guy, Joey, an old friend and confidant of Sofia, and Dale, her loving older brother who starts a vlog on the side which has some surprisingly insightful takes. 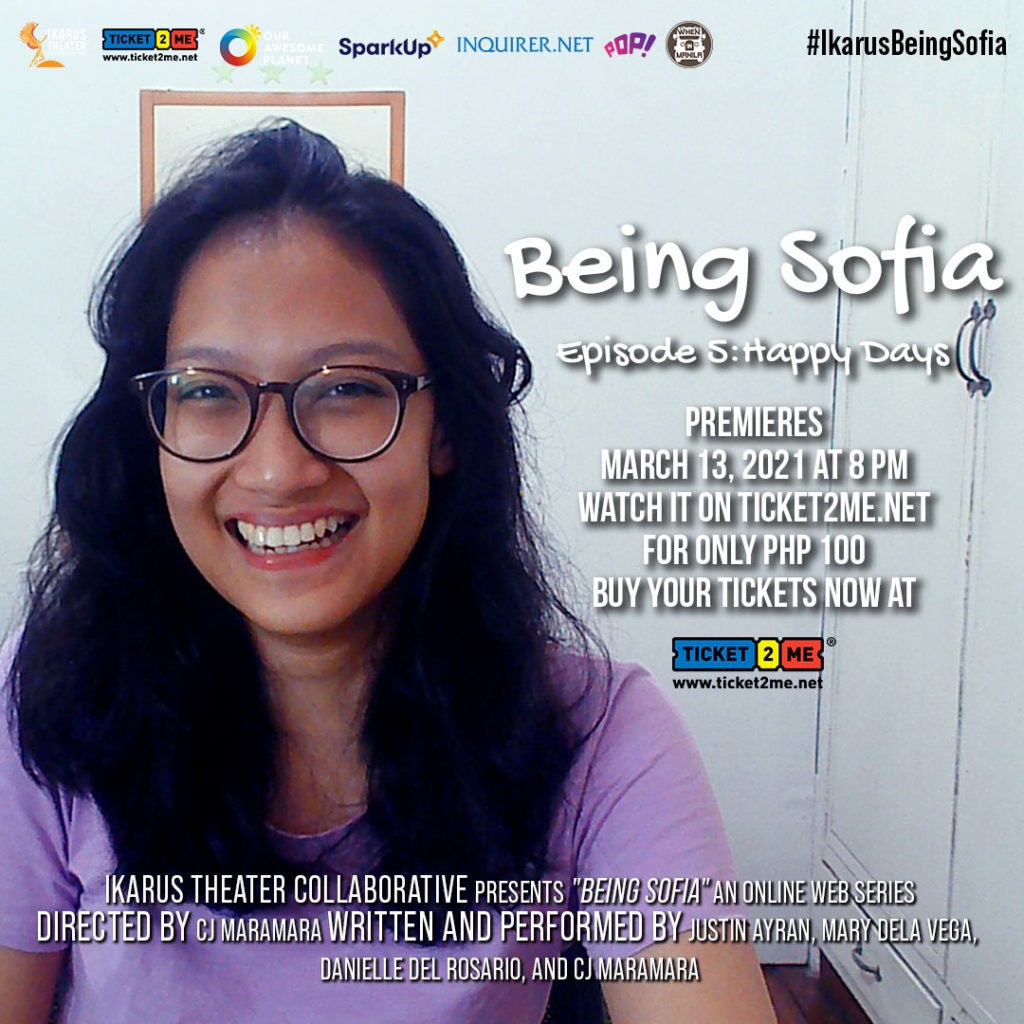 The series is about all the facets of romance; falling in love, confessing, and getting rejected – the whole package. It’s also about the fun times filled with banter and humor. All while she balances her responsibilities as a student.

When the stress gets to you, it affects your relationships and interactions – ‘Being Sofia’ perfectly captures that. It talks about how difficult life can be for students and young adults. It tells us the importance of being yourself and showing your authentic self.

‘Being Sofia’ is an extremely relatable series. The characters all have their different emotions and aspects to them. They all have hobbies and lives off screen that make them feel real and more human.

The way it’s filmed is born out of the unique circumstances we find ourselves in today, with most of it seen in the perspective of a Zoom call. It’s a strange and yet familiar medium of social media.

Being Sofia was written and filmed by the members of Ikarus Theater Collaborative. The online series was directed by Justin Aryan who also plays the role of Dale, and stars Mary Dela Vega as Sofia and Danielle Del Rosario as Riley. POP!/Viking Ulanday

‘Escape Room’ welcomes back fans with new trailer of sequel