BLACKPINK’s Rosé debut solo project ‘On the Ground’ has set a new record for most YouTube views in a single day.

Rosé of BLACKPINK released her first solo album “R” on March 12, 2021. According to YouTube, her ‘On the Ground’ music video gathered 41.60 million views in the first 24 hours. This has set a new record on the platform for most views in a day by a solo K-Pop artist.

#ROSÉ ‘On The Ground’ M/V HITS 100 MILLION VIEWS @Youtube
BLINKs worldwide, thank you so much!

In 2012, Psy’s hit song “Gangnam Style” set this record with 36 million views. Now after a decade, Rosé successfully broke the record. Her music video has also set the record for the most continuous views for a solo artist and is still on the Top Trending videos.

Rosé showed her fans that she really prepared for her album — from the cover design up to writing her first song. She said in her press conference for the album’s release “Since our fans have waited for it for such a long time, I wanted it to be satisfying.”

She also launched her own YouTube channel last March 18.

Rose appeared in some interviews as a solo artist, such as the NBC’s “The Tonight Show Starring Jimmy Fallon.” She performed ‘On the Ground’ during her appearance. The last time she went on the show was with the rest of BLACKPINK. 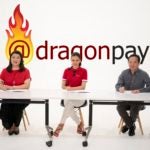 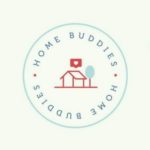