Follow us:
Louis Vuitton topped the list as the world"s most popular fashion brand of 2020. Image: AFP. 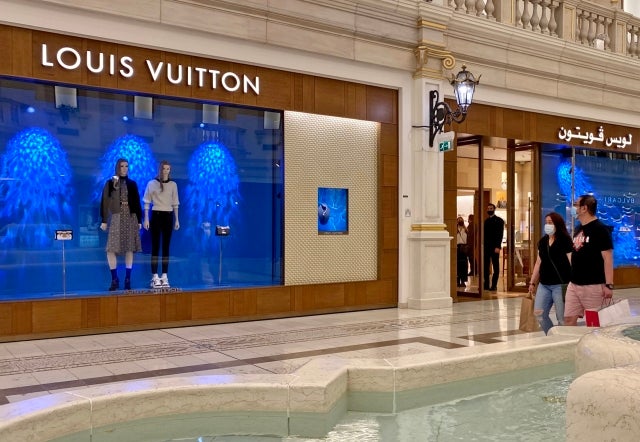 Louis Vuitton topped the list as the world”s most popular fashion brand of 2020. Image: AFP.

Whether you live in France, the United Kingdom or Singapore, it seems that Louis Vuitton is likely to top your wishlist. The luxury leather goods brand leads the list of most sought-after brands, based on Google search data, in no less than 47 countries worldwide, far ahead of runners-up Gucci and Chanel.

Compiled by Money.co.uk, this study used 12 months of Google search data to determine which were the world’s most popular fashion brands. And Louis Vuitton leads the way, in first place in no less than 47 nations, including France, the U.K., Germany, Sweden, South Africa, Morocco and Australia.

However, this globe-spanning popularity does not extend to the Asian and American continents.

Second place Gucci leads the list of most popular fashion brands in 13 countries, far behind Louis Vuitton. The Italian brand, which made the news several times this year, notably with the launch of its mini-series co-directed by Gus Van Sant, topped searches in Japan, Mexico, Peru, Bolivia, Colombia and Italy.

In third place, Chanel is the most popular brand in 12 countries. Interestingly, the French fashion brand doesn’t take the number one spot anywhere in Europe, but storms ahead in Asia, notably in Bali, Hong Kong, Indonesia, Laos and Thailand.

Narrowly missing out on a place in the top three, Calvin Klein tops the list in 11 countries, including Russia, Ukraine and Chile. Coach takes sixth place and is the most popular label in Brazil and Saudi Arabia, while Loewe, further down the top 10, is a favorite in the United States and Canada.

Top 10 most searched for fashion brands worldwide (based on number of countries in which it is the most popular).

Global luxury goods sales to slide up to 35% – study