Using a total of 9,036 pieces, LEGO is making history as it unveils its record-breaking set of the Roman Colosseum. The set has been expertly designed to imitate the majestic architecture of the original roman amphitheater and was launched last November 27.

The model represents each part of the famous structure, as it now stands, in minute detail. Three stories of Doric, Ionic, and Corinthian columns are captured in plastic bricks, along with an attic decorated with Corinthian pilasters. The footprint of the Colosseum’s oval base is slightly less than two feet, and the model is light enough to lift and turn, so the details can be seen through the archways from every angle. 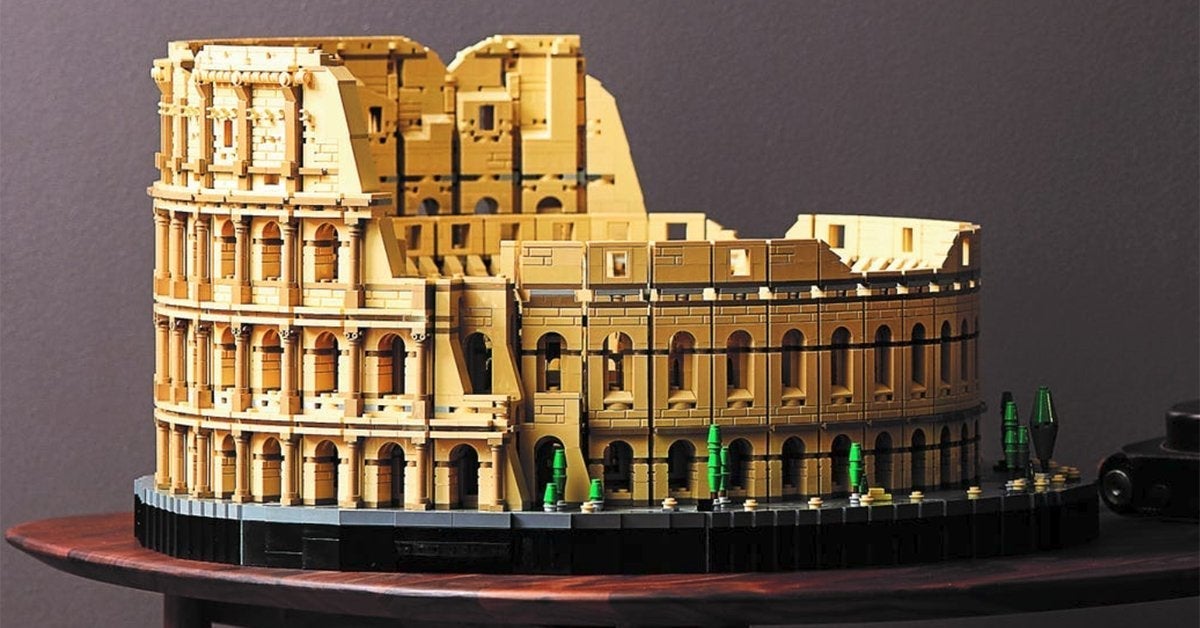 This massive new LEGO Colosseum takes the title from the 7,541-piece Millennium Falcon Star Wars kit. It measures over 10.5-inches tall, 20.5-inches wide, and 23.5-inches deep. It will now carry the mantle of the biggest brick collectible in the company’s history. The set will, however, be cheaper than the Falcon’s $799.99 price tag at $549.99.

According to its designer, Rok Zgaline Kobe, the biggest challenge he faced was to convey the Colosseum’s monumentality in LEGO form. He even made a Lego version of the “vast mysterious structure that runs underneath the entire arena” for his toy-size engineering take.

“I felt that the LEGO model should display a special architectural feature of the original – the rows of columns flanking the arches in different styles. To achieve that, the model is constructed using an effect of vertical exaggeration. The cross-section is therefore far steeper than on the real structure. Hopefully, people will be inspired to learn more about the original through the experience of building the LEGO model,” said Kobe.

The LEGO set is available on LEGO.com and at LEGO Stores. As a special treat, LEGO VIP members who would purchase the exclusive model during the Black Friday Cyber Monday will also receive a limited-edition Roman Chariot which can be displayed alongside the Colosseum.

LEGO recommends the Colosseum for adults 18 and over, and its website suggests it makes a great gift for architecture enthusiasts and LEGO lovers.