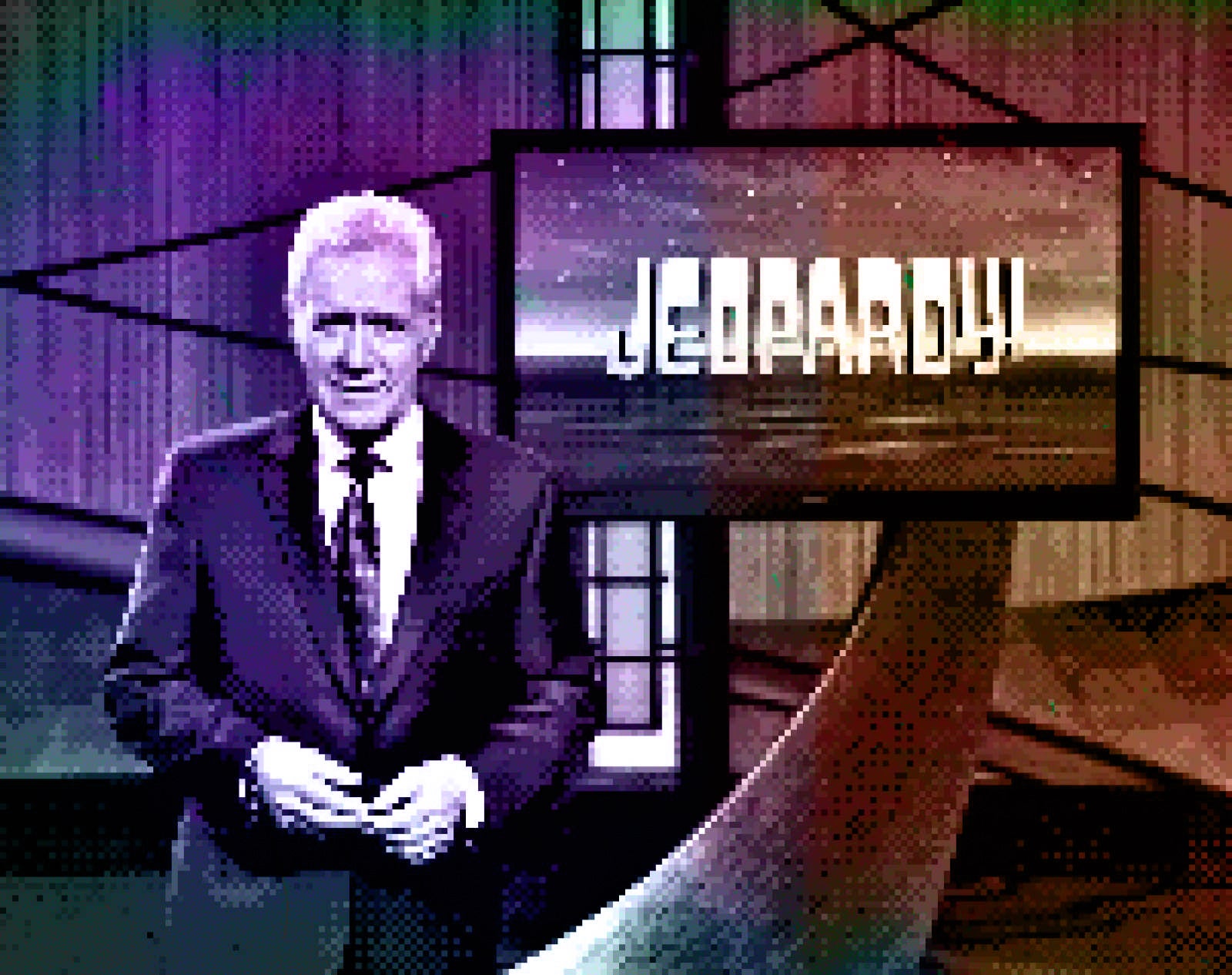 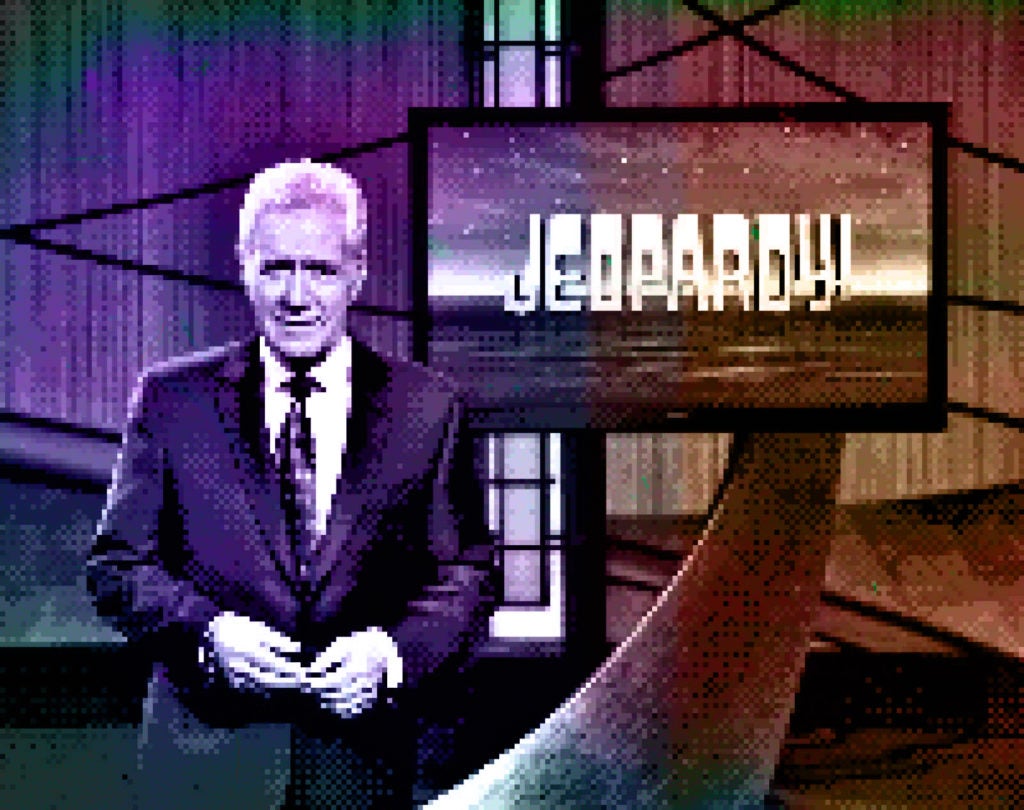 We have lost one of the most iconic game show hosts of all time. Alex Trebek died recently, at his Los Angeles home, surrounded by loved ones, after a nearly two-year battle with stage 4 pancreatic cancer. Trebek is survived by his wife, Jean, whom he married in 1990, and his three children. He was 80.

George Alexander Trebek (or “Alex”, as he is fondly called) was a Canadian-American TV personality, and a celebrated game show host, having presented the famous Jeopardy! after its revival in 1984 until his recent death. Calm, unfazed, and with always a gleam in his eye, Trebek won the hearts of televiewers for more than 3 decades.  With his demise, millions of his Jeopardy! colleagues, ex-contestants, celebrities, and fans all over the world are still grieving to this day. I am one of them.

“And here is the host of Jeopardy!…Alex Trebek!”

This was what everybody used to hear as voice-over, Johnny Gilbert, introduced him as the show opens. Trebek, then famous for his bushy hair and cop mustache, enters. He has hosted a roster of other game shows, Wizard of Odds, Double Dare, High Rollers, Classic Concentration and more when his hosting career reeled off in Jeopardy! he won the hearts of many with his funny antics, quick-wit, and charisma, smart banter, plus all the trivia the audience learned from him after each episode.

When he took over, Jeopardy! in 1984, the show became an international household name, as he did garner a number of Emmy Awards. Trebek hosted more than 8,200 episodes of Jeopardy! thus in 2014, he set the Guinness World Record for “most game show episodes hosted by the same presenter”, surpassing Bob Barker, of the equally famous The Price is Right” game show.

Trebek’s exceptional brilliance when it comes to hosting has become the touchstone of 30 plus-episodes of the aspirational quiz show, as shown in every trivia he injects, every smart banter with contestants, and even his endearing just-go-for-it faultless pronunciation of foreign words.  On the set, his colleagues and production team considered him as the original “family-room brainiac” like he genuinely knows every correct answer, the way he expounded it when contestants got it wrong. And while there were week-long or month-long winners (who all were actually endeared by Trebek) all of them admitted that perhaps no one could match his monster brain.

He was the heart of Jeopardy! The show’s staying power—in its 32nd season and still enjoying an unprecedented and international audience share—is clearly owed to Trebek. I realized how even his haircut choices affected viewers, especially when he once shaved his bushy hair and trademark moustache in 2001; that shocked us in a good way. Then, his clean-shaven new image then made him look even more dignified, to say the least. And his amusing witticisms?  I remembered an episode in 2018 when one contestant proposed marriage and his long-time girlfriend said yes, Trebek jested: “I was about to say we’ll have the answer to that question right after this commercial break.” The world laughed.

Looking back, I can still recall nights when the whole family would huddle together to watch the show, and (my eldest brother and me) attempted to answer all questions in a competitive but healthy way. We also rejoiced when we got the answers right. To a certain extent, the show has fueled my desire, during High School, to successfully join and win in several regional Quiz and Spelling Bee competitions because Trebek and Jeopardy! inspired me that even underdogs have a chance to steal the throne.

Trebek earned countless awards over the course of his extraordinary career, including  seven Daytime Emmy Award for Outstanding Game Show Host—the last one of which was awarded to him just two months after he announced his condition, and joked that it must be a sympathy gift, he said, jokingly: “But I want it. Thank you, I’ll take it!” One of his memorable recognition was the Lifetime Achievement Award bestowed on him by the Daytime Emmy’s in 2011.

Trebek was always perceived and described as the intellectual, and how his sharply dressed presence has changed the image of scholarly quiz show, making it a dignified formality with a dash of rock star air. Trebek was endowed a rare two-fold gift: having both a certain honorable reserve that positioned him at a respectable distance over the participants and at the same time, he had this skill to bond with viewers through amusing quips that calm all of us and even home viewers like me who watched from our family living room, unblinking.

The longtime philanthropist whose active presence in multiple charities , including World Vision Canada and the United Service Organizations which led him and the Jeopardy! crew to visit military bases around the world, both to bolster the morale of the troops and to look for possible contestants. By October 2020, Trebek’s contribution to the University of Ottawa has reached $10 million while in March this year, he also donated $100,000 to Hope of the Valley Rescue Mission, a Los Angeles-based home shelter.

However, little did he know that he would change the world pop culture forever with Jeopardy!  In an interview with The Hollywood Reporter, Trebek toned down that honor, saying, “I’m just enjoying what I’m doing, I’m happy to have a job. I like the show, I like the contestants and it pays well.” To say that Trebek loved Jeopardy! is an understatement. But the audience loved him more because he promoted the idea that popularized intelligence is as important, as he enjoyed the intelligent writers, and the brilliant people he meets in the show, and in his personal life. It was reported that he would review all clues and sometimes rewrite questions to give it his own “flavor”, one that is simple and nonthreatening, a proof how smart he is and how he was constantly craving for knowledge.

Jeopardy! categories come from a wide range of pop culture topics that affect our daily lives, such as information from the Medieval Times, World Travel, Literature, to Technology. The more memorable ones included Born and Died, Secretaries of Defense, History, Geography, Hip-hop lyrics, Potent potables, Children’s Cartoons, Classical Music, Scientist and Inventors, Book-to-Movie adaptations, and Potpourri. In one of his interviews, he was asked about how they kept Jeopardy! alive after all these years, Trebek not only credited the “the gimmick” of the question-and-answer format (where answers should be in a form of a question), but also acknowledged that “Americans and viewers from around the world are very competitive and people always play along at home just to test themselves,” he replied.

Some of the more interesting categories that made me giddy then were popular culture questions and random geek-like trivia format, striking a balance of academic know-how and questions for the home audiences, making it a “smart”, relatable quiz show. Of course, I didn’t get all the popular culture questions, nor the nerdy ones, but I was already grateful that as I sat and watched the show for an hour, I was already strengthening my knowledge that benefitted me for the rest of my life.

As soon as he received the staggering news about  his Stage 4 pancreatic cancer diagnosis, Trebek made a public announcement on March 6, 2019 saying: “Just like 50,000 people in the United States each year, this week I was diagnosed with stage 4 pancreatic cancer. Now normally the prognosis for this is not very encouraging, but I’m going to fight this and I’m going to keep working.”  Trebek that his prognosis was resolved to beat the odds. In between hosting Jeopardy!, he was responding exceptionally well to treatment and that some of the tumors had shrunk to half their previously observed size; he credited the prayers and well-wishes of his fans for the better-than-usual results. Trebek resumed chemotherapy in September.

When the ultimate game show host publicly declared his diagnosis in 2019, tributes instantaneously came from across the entertainment industry. Even his colleague late-night host Stephen Colbert attested to the fact that “everyone loves Alex Trebek”.

Trebek’s last day of taping in the studio was October 29, according to Sony Pictures. The episodes he taped will air until Christmas Day on December 25, 2020.

If this is the end of the superior game show era, nobody knows. “The show is not announcing plans for a new host at this time,” the statement from Sony Pictures confirmed that there are no official announcements or plans yet as to who will replace Trebek at the helm of Jeopardy at this point. But he was heard teasing that comedian Betty White (age 98) should replace him because, he said, the network would want “somebody younger, somebody funnier”. Yes, he was brilliant until he breathed his last.

To some extent, the most valuable legacy Trebek will leave behind is the concept of balanced intellectualism. He led a show that gave the contestants and the home viewers alike with the kind of brainpower that inspired to always be hungry for knowledge, of not only the academics but also opened up pop culture, and made everyone celebrate that common knowledge of our common experiences. The Jeopardy! questions were also audience-driven, and varied; it evolved with the times but has remained, to this day, as a barometer of how much we know our past, present and future—one clue at a time. So, if I were to be asked now, the Jeopardy! way, in the “Dearly Loved Game Show Host of all time” category, I will give only one answer: “Who is Alex Trebek?”

Indeed, we loved this pop culture luminary who shone the brightest. Thank you, Alex Trebek, for showing us that it is always cool to be smart. 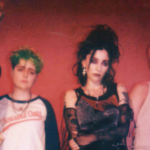