A 13-year-old girl from Japan has finally achieved her dream of going on a date with the fictional monster Godzilla.

The variety TV show “Tantei! Knight Scoop” granted Seira Watanabe’s wish after she wrote a letter to them in which she expressed her love for the monster.

She told the program that her “love is so great that [she] would like to marry Godzilla,” Kotaku reported on Oct. 20.

The episode sees the show’s team visit Watanabe at her home in Hyogo Prefecture. She then shows off her collection of Godzilla figures while a person dressed in a Godzilla costume stands outside.

Upon spotting the fictional monster, she immediately falls to the floor and has to catch her breath.

Watanabe then visited the Godzilla Museum on Awaji Island with the monster, with her grandfather serving as a chaperon. According to the report, the two also held hands while they looked at the various displays in the building.

One viewer, with the handle @mtmtsf, later posted screenshots of the episode on Twitter.

Following their time at the museum, Watanabe pretended to feed Godzilla at a park. As their date ended, the two went to a beach and hugged each other as the sun began to set.

Watanabe also gave the monster a kiss and proposed to it on the spot, as per report. Though Godzilla declined her offer, the teenager still appeared to have a great time and even took a selfie with the monster.  /ra 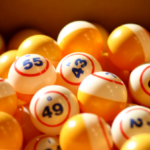 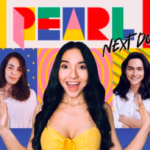