Follow us:
Pablo Picasso is the artist whose works have attracted the most interest from art collectors since the beginning of 2020, according to a recent report. Image: Filmsonor/Kobal/Shutterstock 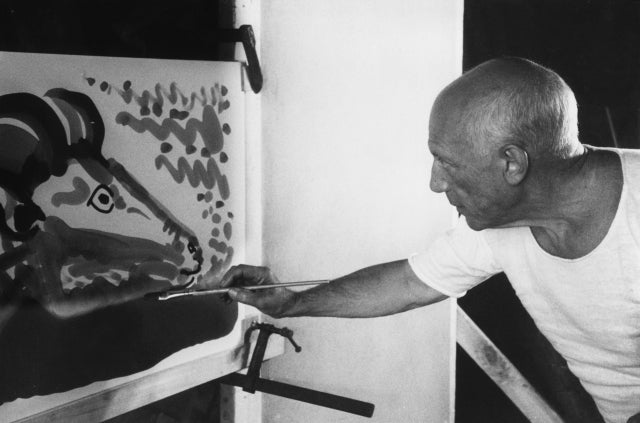 Pablo Picasso is the artist whose works have attracted the most interest from art collectors since the beginning of 2020, according to a recent report. Image: Filmsonor/Kobal/Shutterstock

Get out your checkbooks! While it is well-known that art can be a good investment, selecting which artists are the best bet for making a purchase can be a more difficult task. This is true for budding collectors, as well as the most seasoned art lovers. To make the best investments in art, look to Pablo Picasso, Roy Lichtenstein, Andy Warhol, Jean-Michel Basquiat or Brian Donnelly, also known as KAWS, according to specialized magazine Artnet News.

While the COVID-19 pandemic has profoundly changed the art market in a few months, some artists continue to ignite the auctions. This is notably the case of Picasso, whose paintings, sketches, ceramics and other works of art have sold for more than $115.2 million (or approx. P5.5 billion) since the beginning of 2020.

With nearly 85% of Picasso’s artworks finding buyers, Christie’s will feature one of his portraits of Dora Maar in its upcoming 20th Century sale. Christie’s experts estimate that this intimate painting, entitled “Woman in an Armchair”, could fetch close to $30 million (approx. P1.4 billion).

Lichtenstein is also popular with art collectors, who have generated more than $77 million (around P3.7 billion) in the last six months by auctioning off his Pop artwork.

The creator of “White Brushstroke I” even dethroned Pop Art master Andy Warhol, whose works have sold for $45.4 million (approx. P2.1 billion) since the beginning of the year. A colorful portrait of street artist Keith Haring, created by Warhol in 1983, could raise this figure at the next Sotheby’s auction, “Dear Keith”.

As for contemporary artists, Basquiat continues to be prized by art collectors. The American artist’s creations have generated nearly $53 million (approx. P2.5 billion) in the last six months, according to The Intelligence Report.

George Condo and KAWS come second and third in the ranking of the most “bankable” contemporary artists, with their works having sold for $18.7 million (approx. P904 million) and $16.5 million (approx. P797 million) since the beginning of 2020.

If we look at the “Old Masters”, Andrea Mantegna and Peter Paul Rubens are the artists attracting the most interest from art collectors. For example, Mantegna’s painting “The Triumph of Alexandria” recently sold for nearly 11.7 million (approx. P565 million) at Sotheby’s New York. This is an auction record for the Italian master. CC