Called the Avengers of KPop SuperM

SuperM is called the “Avengers” of Kpop as the members are each from powerful and talented groups from one of the most influential Entertainment Agencies in South Korea SM Entertainment.

The group was revealed last year with their energetic and powerful main track “Jopping” which highlighted each member’s talent and their own unique charms.

Each member is from multitalented groups, you can say each is like representatives for their respective groups. Taemin from SHINee is also active in his successful solo career and with solo activities, Baekhyun from EXO is also successful in his solo activities and projects with his just recently released catchy and sweet track “Candy” as part of his EP “Delight” while Taemin is in preparation for his release for his 3rd Solo Mini Album “Never Gonna Dance Again” this is to be released on September 8 this year.

Fun fact, Taemin is a senior in terms of debut seniority with Baekhyun but Baekhyun is the leader of the group when it comes to seniority in age. With this fact, fans are having fun seeing how these two would interact in the group.

As for Kai who is also from the same group as Baekhyun, he is rumored to be having his solo soon but no official announcements have been made yet but everyone is excited about his solo as well but for now, he is currently active with SuperM.

For the youngest members of the group that is Taeyong, Mark, Ten, and Lucas are all part of their own respective units from NCT. Taeyong and Mark are from NCT 127 while Ten and Lucas are from WayV and all four have been in a group together last 2018 for NCT 2018 Empathy with their main track “Black on Black” where all current revealed 18 members of NCT participated in at that time.

SuperM is finally releasing their first album “Super One” the album features 15 tracks highlighting the group’s energetically hopeful vibe, conveying the members’ collective message that we’re all “Super” and we can overcome any hardship together as “One”

Check out their release of “Tiger Inside” which was released prior to their first album release “Super One”:

Show your love and support for this Super group and get your own copy of “Super One” from Custom Mood at their site custom-mood.com.

Follow Custom Mood on updates with the latest releases from your faves: www.custom-mood.com 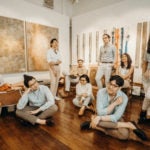 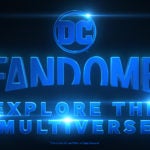