If you’re a wildlife photographer, you’re bound to get unexpected subjects in your photos during the course of your mission. But what’s truly unexpected, however, is catching an image of a non-wildlife subject in the wild.

Conservation photographer and wildlife tracker Jeff Wirth set up a camera trap in the hopes of getting good images of a bobcat in the wild, but instead he caught something unexpected—an image of a random man striking a pose for his camera trap.

Wirth posted the image on Reddit, with the caption “Thankful to this unknown man for striking a pose and for not messing with my camera set up after he stumbled upon it.”

Thankful to this unknown man for striking a pose and for not messing with my camera set up after he stumbled upon it. Also added, a bobcat using the log just a couple weeks prior. from funny

Camera traps are most often used by wildlife photographers to take non-invasive, natural photos of animals in their habitat, except maybe this photobomber of a creature who probably thought doing a cutesy pose for a camera trap was hilarious.

For people on Reddit, it was an instant classic—Wirth’s post earned more than 150,000 upvotes and over a thousand comments so far.

Wirth added on his Reddit post a photo of a bobcat that he caught in the same spot a few weeks prior, which proved his camera trap was indeed a success. But let’s be honest—the real scene stealer is the random man on his belly posing for the camera on a fallen log in the middle of nowhere. 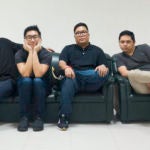 The Itchyworms to launch quarantine-themed album with a virtual event 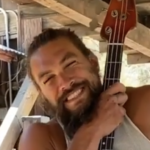