What is the #FreeBritney movement and why is it trending?

Britney Spears fans are now fueling a movement to free the pop star from her current living status, following conspiracy theories that she has been sending secret messages asking for help through her Instagram and Tiktok posts.

For those who don’t remember, Spears has been living under a conservatorship since 2008 after the singer suffered severe mental breakdowns (remember when she shaved her head?). Her father, Jamie Spears, has been handling all of her affairs since then, and many believe that he has been manipulating and controlling the pop icon. As of 2018, Britney is said to be worth at least $59 million.

Conservatorship is a legal concept in the US where a guardian is appointed by a court judge to manage the financial and daily affairs of another person because of physical or mental limitations. Under this set up, the singer’s career, and basically her every move, is managed by her father and an attorney.

The conservatorship for Spears is up for renewal this August, and fans are taking this opportunity to free her and let her live her own life with the #FreeBritney movement.

Fans started an online petition because they believe she has been sending hidden signals through her social media posts.

In one particular post, Spears quoted a line from a novel of Arundhati Roy titled ‘The God of Small Things,’ wherein the main character’s life is eerily similar to the situation that the singer is currently in. Diehard fans are quick to see the connection and have since been making the rounds on social media to get support.

To date, there are two petitions lodged concerning Spears—the #FreeBritney petition in change.org where more than 60,000 have already signed up, and a petition in the White House with already more than 80,000 signatories.

Even other celebrities are chiming in. Hollywood actress Rose McGowan posted on her Instagram account how “Hollywood kills,” relating Spears’ situation to former actress Brittany Murphy who passed away in 2009.

Meanwhile, another verified Instagram account with the handle @diet_prada posted a series of photos detailing the supposedly true story of Spears’ life since the conservatorship.

Whatever the case may be, it’s high time that the pop icon should finally be given her civil liberties and let her live her life. She’s not a slave for you, or for anyone. 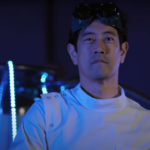 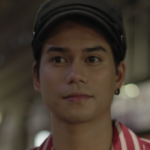