Asia’s Romantic Balladeer Christian Bautista makes a comeback to the international scene as he collaborates with Indonesian Idol Grand Champion Delon in the track “We Are Here.”

Written by Christian himself, the uplifting song speaks of a friendship that knows no bounds, especially in times of hardship. Talking more about the track, Christian says “The inspiration behind the writing of the song is definitely for us to be hopeful, to be strong even if we’re experiencing this, to come together, to tell each other that we are here for each other.” 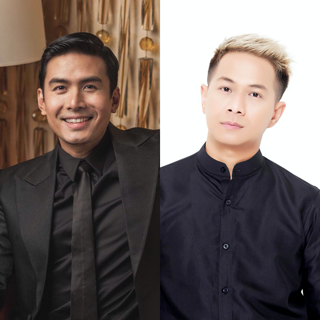 In the track, he collaborates with Indonesian artist Delon, who made his career debut as the Grand Champion of Indonesian Idol season 1 in 2004. He has since been active in the music scene, as well as acting projects in television and film.

Christian first gained popularity in Indonesia with his hit single “The Way You Look at Me” in 2004. He has since appeared in a multitude of appearances and shows across Asia, bringing the Filipino talent and his well-known charm to the global stage. Through the years, Christian has done a variety of collaborations with musicians all across Asia and the world. One of his previous collaborations in Indonesia was a rendition of Jose Mari Chan’s Please Be Careful with My Heart with singer Bunga Citra Lestari, which they toured around in multiple television shows and concerts. Other international collaborations Christian has done in the past include ones with American Idol alum Jessica Sanchez, Korean group One Way, Malaysian artist Noryn Azis, Singaporean singer Kewei Tay, and Japanese artist Baby M. Aside from recorded collaborations, Christian has also performed on stage with the likes of Josh Groban and Boyzone, and starred in the 2011 Singaporean TV musical “The Kitchen Musical” alongside Karylle and other Asian co-stars.