Kim Kardashian sells off part of KKW Beauty, but still not yet a billionaire

It’s no secret that the Kardashians are extremely loaded—particularly Kylie Jenner, because of Kylie Cosmetics, and Kim Kardashian West, with KKW Beauty.

But it seems they’re not quite there yet. According to Forbes, they still don’t belong to the billionaire’s club, contrary to earlier assumptions.

Last week, it was announced that Kardashian West had sold off 20% of KKW Beauty to cosmetics giant Coty for $200 million. This leaves Kim with 72% of the company’s shares and 8% to her mother, Kris Jenner.

After the news of the sale broke out, Kim’s husband, American rapper and producer Kanye West, was among the first to congratulate his wife for becoming a billionaire.

We love you so much pic.twitter.com/Vvtgzodnah

But Forbes was quick to debunk that assumption, claiming that Kardashian West is estimated to be worth $900 million.

Kardashian West started KKW Beauty in 2017. Aside from this, she has her own line of shapewear called Skims and her own mobile game called Kim Kardashian Hollywood.

Last year, Coty also bought 51% of Kylie Cosmetics from Kylie Jenner at $600 million. The cosmetics giant is hoping to refresh its image with these new acquisitions, after its stock prices dropped 60% since the beginning of the year because of the pandemic.

Forbes recently revoked their earlier reports that Kylie Jenner has reached billionaire status, after claiming that the 22-year-old has been padding the company’s actual net worth. Jenner took to Twitter to deny the claims.

what am i even waking up to. i thought this was a reputable site.. all i see are a number of inaccurate statements and unproven assumptions lol. i’ve never asked for any title or tried to lie my way there EVER. period 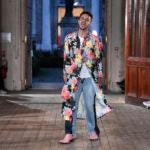 Runway revolution: Is this the end of fashion as we know it? 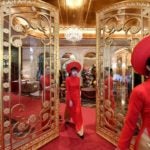