We are all searching for a breather in these numerous socio-political issues. Don’t worry, we got you! Hailed from the north, Camp Avenue Studios presents “Chasing Sunsets the Series”, the first-ever lesbian-centered digital series that tackles Mental Health and HIV awareness. THE BIRTH OF THE SERIES

Mr. Renz-Bhil Tugelida and Ms. Stephanie-Rose Quiros, the creators of the series, are advocates for equality in the LGBTQIA+ community, and awareness for Mental Health and HIV patients. They believe that through this series, the stigma and stereotypes about these certain social issues will at least be suppressed and the people will be aware about the reality of people who experience on these certain issues.

WHY IS THIS IMPORTANT IN THIS TRYING TIME?

In this time, representation of every spectrum in the LGBTQIA+ community is needed and we want that as much as we love the hype of Boy Love Series (BL Series) right now, the visibility of the lesbians and other genders are also important to be shown to people. This is one way to genuinely accept the society about the world of queer.  Not boxed up in the equality movement, but we are also tapping different social issues that we are currently facing right now. Aside from the aforementioned central issues of the series, we also know that there is the trend about the misrepresentation of single parents in our social media platforms and with that, we want to bring justice about their reality and hardships in upbringing single-handedly their children.

Chasing Sunsets the Series’ trailer has been uploaded in Camp Avenue’s Facebook Page and in Camp Avenue Studios YouTube account. The first episode will be released on June 12, 2020, in time for Independence Day. Let the community be heard! 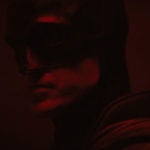 A different kind of Batman—no abs, but with great skin 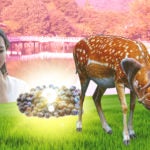