Renowned novelist Lualhati Bautista is pushing to junk the anti-terror bill, which has recently passed the third and final reading in Congress and only awaits President Duterte’s signature to be passed into law.

Author of classic literary works such as “Dekada ’70”, “Bata, Bata… Pa’no ka ginawa?” and “Gapô”, all acclaimed and beloved for their social relevance, Bautista has not been mincing words as she protests against the bill online. 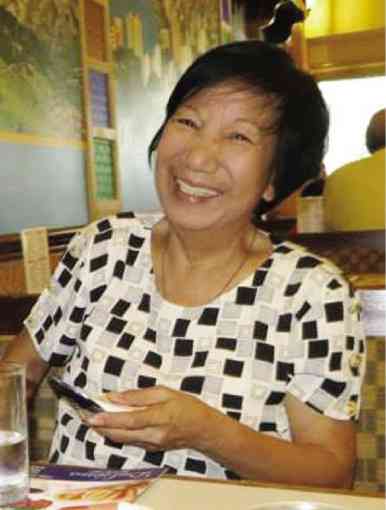 (See, I read that these are the things that are not allowed under the anti-terror bill: “posting or resharing of terrorist contents online,” that the council will decide themselves if these are terrorist content or not? What happens when a member of the council is personally hostile against you? How about me, can I not speak out anymore?)

(What if I want to say that all of you are Duterte’s pets, that Duterte himself is China’s pet, and that all of you want to consolidate power for yourselves? I cannot say these anymore because you have killed my freedom of speech?)

But there are other matters in the bill that equally drove Bautista to forcefully question it. The acclaimed writer decried the bill’s provision that permits warrantless arrests on the grounds of “suspicion from committing terrorism” and detention of up to 24 days.

(Son of a b*tch, I have been under house arrest for three months without doing anything and now you want to actually detain me for two weeks, which can be extended to four weeks, which can also be forever?)

Still, Bautista managed to jest about how she plans to publish some of her poems, especially the more controversial ones, as the anti-terror bill awaits Duterte’s nod.

(Reading my own poems that I plan to publish. I am trying to figure out which of these would land me in jail. Haha! I leave it all to Batman.)

(What do you mean “goodbye, freedom?” Even Marcos was not able to silence me.)

One of Lualhati’s most famous works, “Dekada ’70” tells the story of a family living through the bloody Martial Law era of the Philippines, which was inspired by the country’s real experiences under the leadership of the late dictator Ferdinand Marcos.

The cast of the “Dekada ’70” musical, inspired by Bautista’s book, last March told Inquirer that they fear for their safety as the Senate version of the bill had just been passed at the time. Former Chief Justice Maria Lourdes Sereno in a statement yesterday said the anti-terror bill “uncannily recalls for [her] the dark days of Marcos’ Martial Law.” The said bill amends and repeals the Human Security Act, seeking to impose tougher penalties such as life imprisonment on anyone who will participate in, conspire with, or incite others in the planning or facilitation of a terrorist attack.

Meanwhile, various sectors and groups continue to express concern about the repercussions of the bill. Defend UPLB, an alliance composed of student councils from the University of the Philippines Los Baños, has since created a petition to counter the passing of the bill.

In the petition, the group stresses that the bill poses several dangers. For one, it emphasizes that “[t]here is an over-broad definition of ‘terrorism’ which could blatantly tag political activities, mass mobilizations, and major protests of progressive formations as ‘terrorist acts.’”

On the side of Congress, in what could be a response to public outrage, at least one of the main authors and sponsors of the controversial bill, Muntinlupa Rep. Ruffy Biazon, has decided to vote against the passage of the measure and has withdrawn his authorship of the bill.

Whether the bill indeed gets passed and implemented, one thing is for sure — dissent and freedom will continue in every written page by our principled Filipino authors such as Bautista. JB

Celebs join protest to junk anti-terror bill: ‘Only cowards are afraid of dissent’