No act of kindness is too small especially if made possible through love and collaborative effort.

Amid everything that we are experiencing now, frontliners have done more than what they are expected to do, providing not only care but also love and hope for the patients. “In a day to day battle to beat COVID-19, eating may be a luxury to most of the frontliners. The least that they would think of is food compared to the tasks and responsibilities that they have to carry out with utmost care and caution,” Ellesmere Gaille Bacabac, RND of Fe del Mundo Medical Center stated. With this, Frontliners’ Kitchen thought of a way to ease their hardships, appreciate their efforts, and show gratitude by preparing and sending them meals every day. 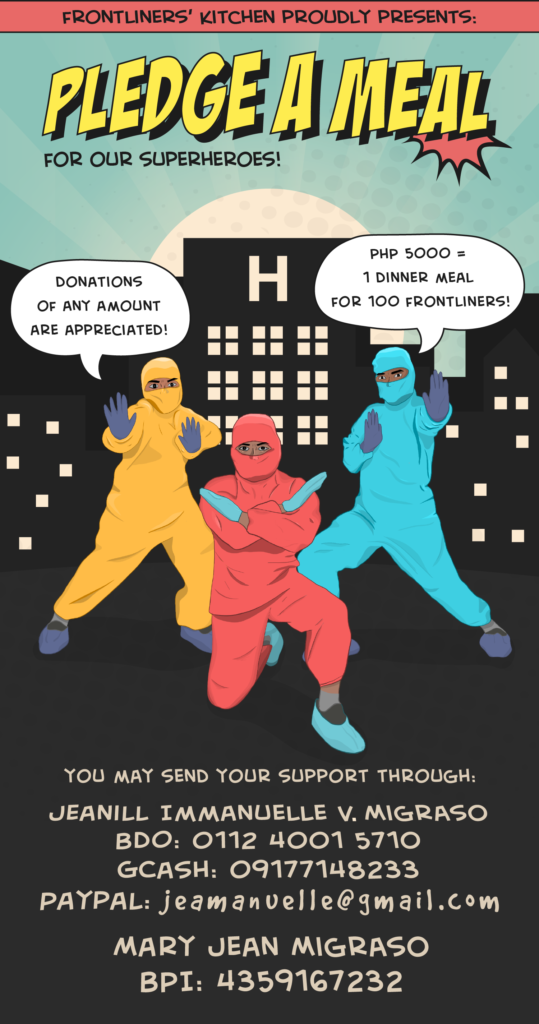 It all started with 180 food packs being sent to Philippine General Hospital. Soon enough, Makati Medical Center, Toledo City General Hospital, Lung Center of the Philippines, Fe del Mundo Medical Center, Sta. Ana Hospital, UP Diliman Health Service, National Center for Mental Health, Jose Reyes Memorial Medical Center, Hi-top Anonas, grocery attendants, and barangay volunteers were added to the list. Aside from this, they were also able to gather basic necessities and allot a portion of the budget for the victims of the fire in Barangay Krus na Ligas, which occurred last April 19, 2020. 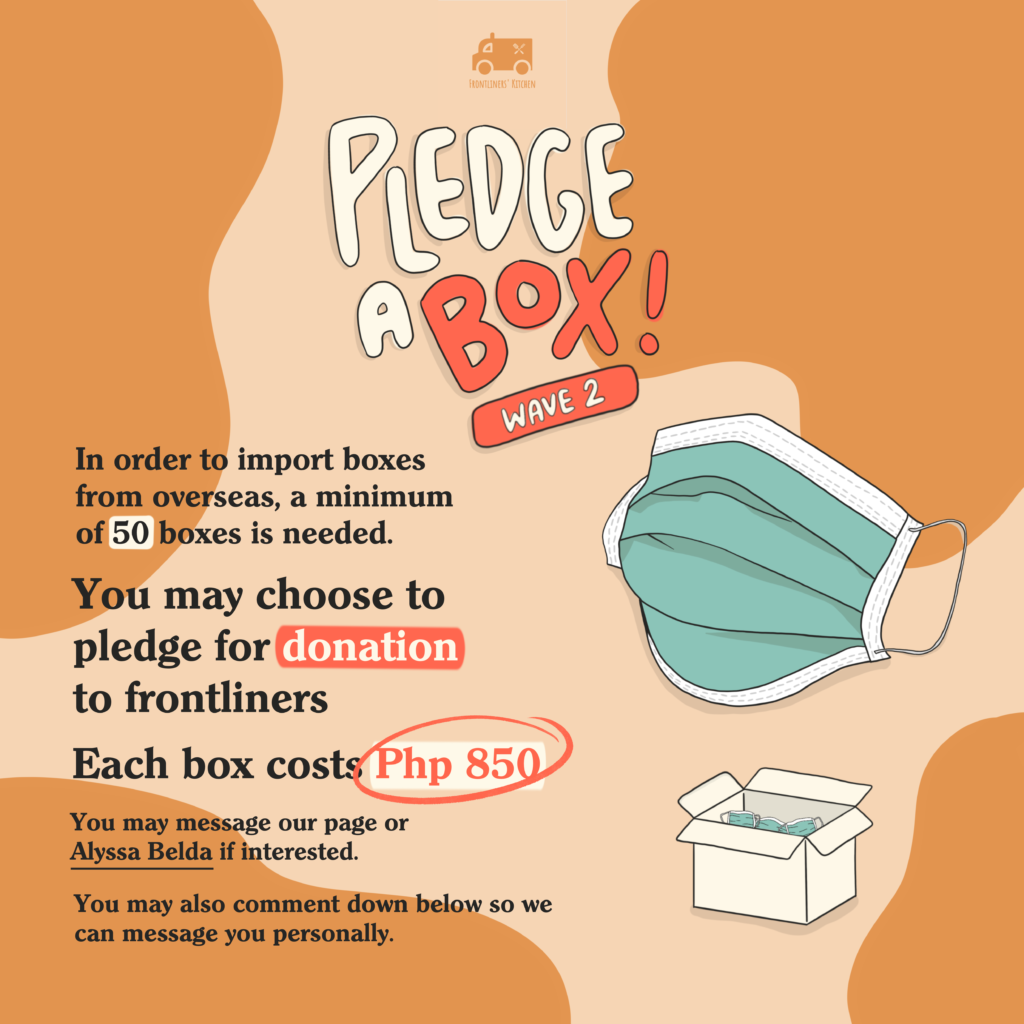 This was spearheaded by Jeanill Migraso, who personally prepared and cooked meals for the frontliners. Later on, the initiative grew to serving around 300 meals a day, partnering with small business and restaurant owners to help prepare the food. Despite the ECQ being implemented, it was able to promote its goal and connect with everyone with the help of social media. For almost two months, it has thrived and received so much support, earning around almost P700,000 from individuals and organizations. 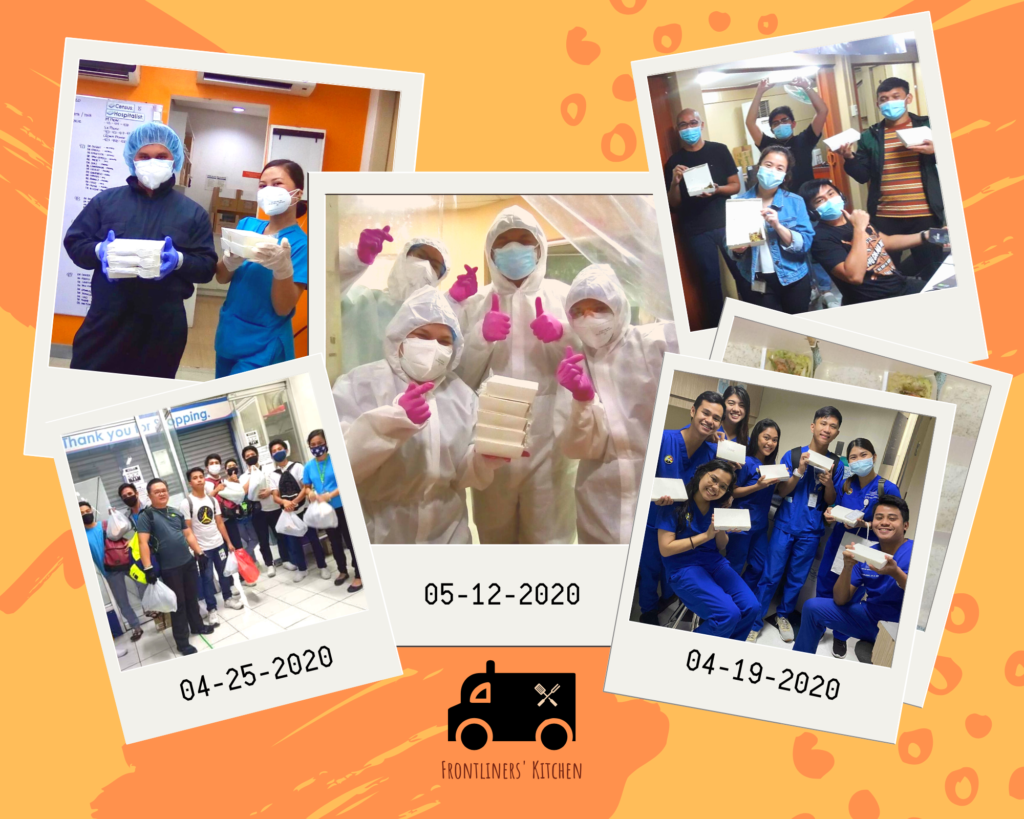 As long as there are frontliners who are at their battlefield, Frontliners’ Kitchen will keep on doing its purpose but it needs support from everyone in order to carry on with it. You can lend a hand by checking out the FB page of Frontliners’ Kitchen, spreading the word about it, and providing monetary and material needs. A simple meal can lift the spirits of our modern-day heroes who are risking their lives for everyone’s welfare. As Dr. Bacabac said, “In this time of crisis, food donation and kind words are more than just something to fill the stomach and moral support but a reminder and encouragement to those fighting the frontlines — that there are people who care for them and cheering them from afar.”