While people are required to stay at home due to the COVID-19 pandemic, some dolphins are apparently missing human beings in Australia. 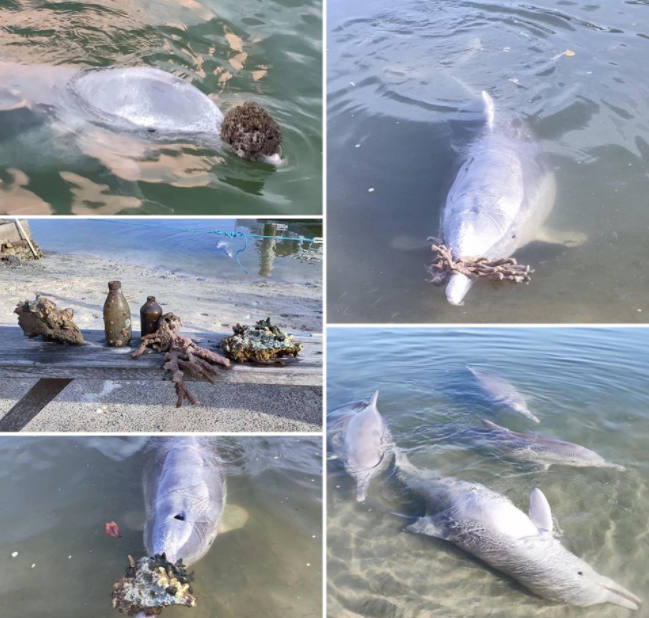 A local cafe in Queensland showed a pod of dolphins delivering “regular gifts” near the shore. The dolphins apparently wanted to show how much they were “missing the public interaction and attention,” as per Barnacles Cafe & Dolphin Feeding’s Facebook post last Monday, May 18.

“Since the restrictions have eased we have been able to reopen the dolphin feeding & cafe,” it said. “Put a smile on someone’s face and come spend some time [to feed] these beautiful creatures, they are definitely missing you all.”

Some of the “gifts” the dolphins delivered were pieces corals and barnacle-encrusted bottles that they found in the water.

The pod has been bringing us regular gifts, showing us how much they’re missing the public interaction and attention☹️…

The cafe, which also offers dolphin feeding, stopped operations two months ago in view of the ongoing health crisis. The cafe was forced to temporarily close due to “a total loss of business,” according to its post on March 25.

HI everyone,This is the post that we were hoping to avoid, however time has come.We will not be opening Barnacles cafe…

An expert in dolphin behavior, Barry McGovern, said that it was possible the dolphins were giving these items because they missed humans, but it was unlikely, Seven News reported last Wednesday, May 20.

“Nothing surprises me with dolphins and their [behavior] anymore,” McGovern was quoted as saying.

“They do everything – they use tools, they have culture, they have something similar to names in signature whistles,” he said in the report. “In all likelihood, they probably don’t miss humans per se. They probably miss a free meal and the routine.”