Monkeys have been known for snatching items from humans—be it a water bottle or your pricey camera. But desperate times call for desperate measures so aside from stealing a tourist’s lunch and valuables, they have also learned how to embrace the #thuglife. This time, they are not just after your food but your child as well.

Reported by the New York Post, a monkey riding a tiny motor scooter was caught on video abducting a toddler in the East Java capital of Surabaya, Indonesia, last May 2, 2020 (Saturday). In the now-viral video, the monkey pulled the toddler out of the bench and then, forcefully dragged her down the street.

According to the Indonesia Expat, the monkey in question is part of a topeng monyet—a traditional street performance in which monkeys are trained to act out different activities such as wearing masks, riding bicycles, and even grocery shopping. In recent years, this form of entertainment has always caused huge concern to animal advocates in Jakarta due to its cruelty and other ethical reasons. 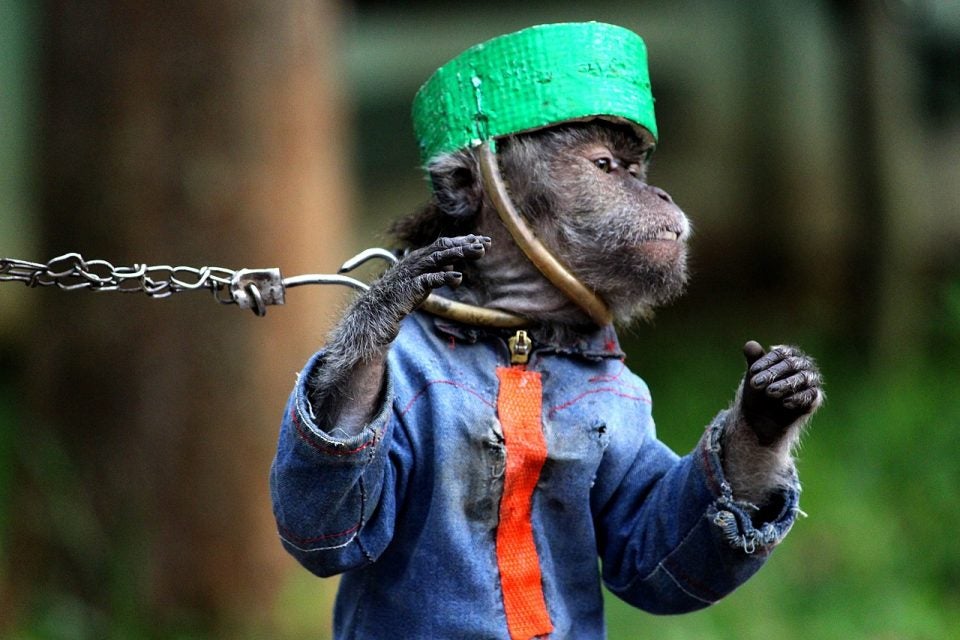 After a few seconds of what seems to be a life and death situation, the young girl remained unscathed and was still able to run back to her friends.

As onlookers slammed the monkey’s handler for hitting it, should we also call out those people who obviously flouted social distancing guidelines?