These days we’re seeing a lot of people from all walks of life succumbing to COVID-19 and even animals are not safe from the disease anymore.

On Monday, the disease claimed another victim in the animated film industry as veteran animator Ann Sullivan, who worked on several Disney films including The Little Mermaid (1989), The Lion King (1994), and Pocahontas, passed away at the age of 91 after contracting COVID-19.

Sullivan was residing at the Motion Picture and Television Fund (MPTF) nursing facility in Woodland Hills, California, and was the third resident there who died after testing positive for the coronavirus.

Bob Beitcher, president and CEO of MPTF, recalled Sullivan as a lovely and person who had a great sense of humor. “We called her ‘Giggles’ at MPTF. You couldn’t help but fall in love with her laugh,” he said. In a tribute, Beitcher shared how Sullivan chased her dreams and made a remarkable career at Walt Disney:

“This young lady from Fargo, North Dakota, followed her sister Helen to California, and after studying at the Art Center in Pasadena, landed a job at Walt Disney in the animation paint lab in the early 1950s. After a work hiatus – Ann was starting a family of four children – in 1973 she fought her way back into the business, at first at Filmation Hanna Barbera. But all she ever wanted to do was work at the Walt Disney Studios, and she did. Ann rejoined the animation department in time to paint and ink on such Disney classics as The Little Mermaid, The Lion King, and Lilo and Stitch. Stunningly, late in her career, she made the switch to computerized animated production at Disney until her retirement in the early 2000s.”

Sullivan has also worked on Oliver & Company, The Prince and the Pauper, The Pagemaster,  Hercules, Tarzan, Fantasia 2000, The Emperor’s New Groove, and Treasure Planet. 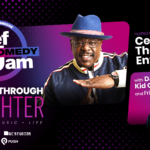 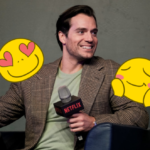