Leanne and Naara get personal on intimate new single ‘Evergreen’

Few artists are willing to let their most vulnerable selves be read like an open book. Leanne and Naara have the refreshing type of authenticity that shows in everything they do, from the thoughtful writing style, music videos and spirited live performances. Immediately piquing various labels’ interest, they eventually signed with Warner Music Philippines. The duo already earned extensive play on the country’s top radio stations, and song after song, they receive similar acclaim. This culminated the release of hit singles quickly gaining traction, resulting in staggering numbers on Youtube and Spotify.

In the new single “Evergreen”, a stripped-down cut over minimalistic cello and piano, Leanne and Naara speak of undying love. If you’ve seen Leanne and Naara live on any stage in the city, you may recognize this as the “unreleased” song that they play in their set. A lot of artists singing about the same theme can sound histrionic, but the duo’s writing never crosses into that territory. It remains fluid and achingly nostalgic through and through. A display of human frailty and melancholy, “Evergreen” shows that sincerity speaks volumes. 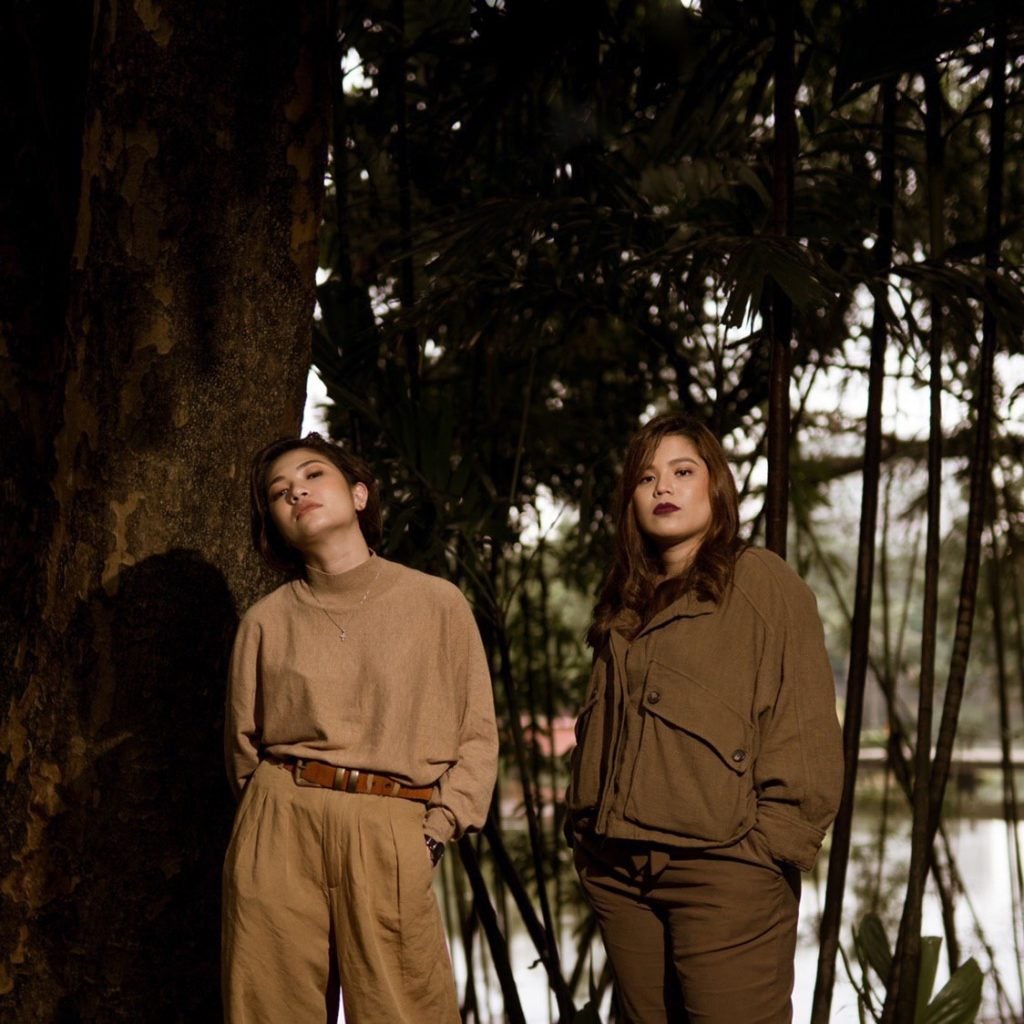 “Evergreen aims to challenge the way people perceive love. Once you see what’s written between the lines, you’ll realize that though it may seem to be a profession of undying love, it’s actually an exposition of a failed relationship. One of us experienced this firsthand and that’s what inspired us to write the song.”, the two explained in an online interview. A scintillating song-cycle of poignant ballads, “Evergreen” is a visceral narrative that explores human relationships and our response when they end.

Building gently on the expressive melodies, “Evergreen” is Leanne and Naara’s least ornate, most emotional work to date. In writing this single, the singer-songwriters found themselves going back to the age of straightforward pop standards for inspiration. “This song was written in 2017 and we’ve already been performing it since then.” they continued. “When talks of production came along in 2020, Johnoy Danao was on top of our list to produce. We recorded the instruments in Spryta, with Errol Apacible on piano and Patrick Espanto on cello. JP Pining was our sound engineer. Vocals were recorded in Wombworks. Johnoy and his team did a lovely job with the single.”

Despite the meticulous fine-points that go into their music, Leanne and Naara’s ability to tell relatable stories come easily. The ladies’ perspective has an inward-looking angle that pulls on big notions. “According to Johnoy, Evergreen feels different from all our other songs. It’s emotional and raw, and focuses solely on the story and the words rather than the technicalities of production. It’s fearless in that sense. The song doesn’t need any ornamentation because it wants you to listen to the words.”

Leanne and Naara met in college a few years back and have been writing music ever since. What followed is a nonstop outpouring of encouragement and opportunities. “A lot has happened in the past 4 years. We’ve come so far in terms of self-identity and brand. Working with the band has also really upped our game especially when it comes to live performances. We’re also thankful to have collaborated with artists who we admire. All this has made writing music even more exciting.”

Playing pretty much every bar, private function, and music festivals in and out of the metro, they’ve obviously grown musically since their first-ever show. According to the duo, “Performing on different stages here and outside the country has changed the way we view the world. Our trip to Stockholm definitely played a significant role in the way we experiment now with different writing styles.”

Leanne and Naara have set an example of balancing between expressing creative freedom, living their purpose, and maintaining the truthfulness of their craft. “There’s no fool-proof formula to making it big in the music industry due to its unpredictability. But with every song we put out, we make sure that it has either one of two things (or both) — soul and heart. Ultimately, we like to release songs that we love to listen to, or possibly we miss listening to. It’s reintroducing what’s forgotten and dressing it in new attires fit for the modern world,” as they put it. If they’ve already accomplished all this, we can only imagine what’s coming next.