Trolls are spreading fake quotes from celebs, fictional characters—and admin supporters are falling for it

As the COVID-19 outbreak forced us to stay home, trolls who now have way too much time on their hands under quarantine have taken advantage of the situation to gather “support” for their beloved Tatay Digong.

In a post shared by Malacañang Events and Catering Services, a photo of Benito Mussolini along with a quote about his thoughts on President Duterte’s leadership was posted in a public group on Facebook. Supporters of the president agreed with Mussolini in the comment section but the statement is obviously fake since he died way back in 1945 and there’s no way he could still talk about Duterte (unless they tried using ouija board to get a statement from the late Italian prime minister).

Posted by Malacañang Events and Catering Services on Thursday, March 19, 2020

DDS or “Digong Duterte Swifties” were probably behind this edited quote from Taylor Swift—or should I say “Tatay Supporter”? (I heart TS!) 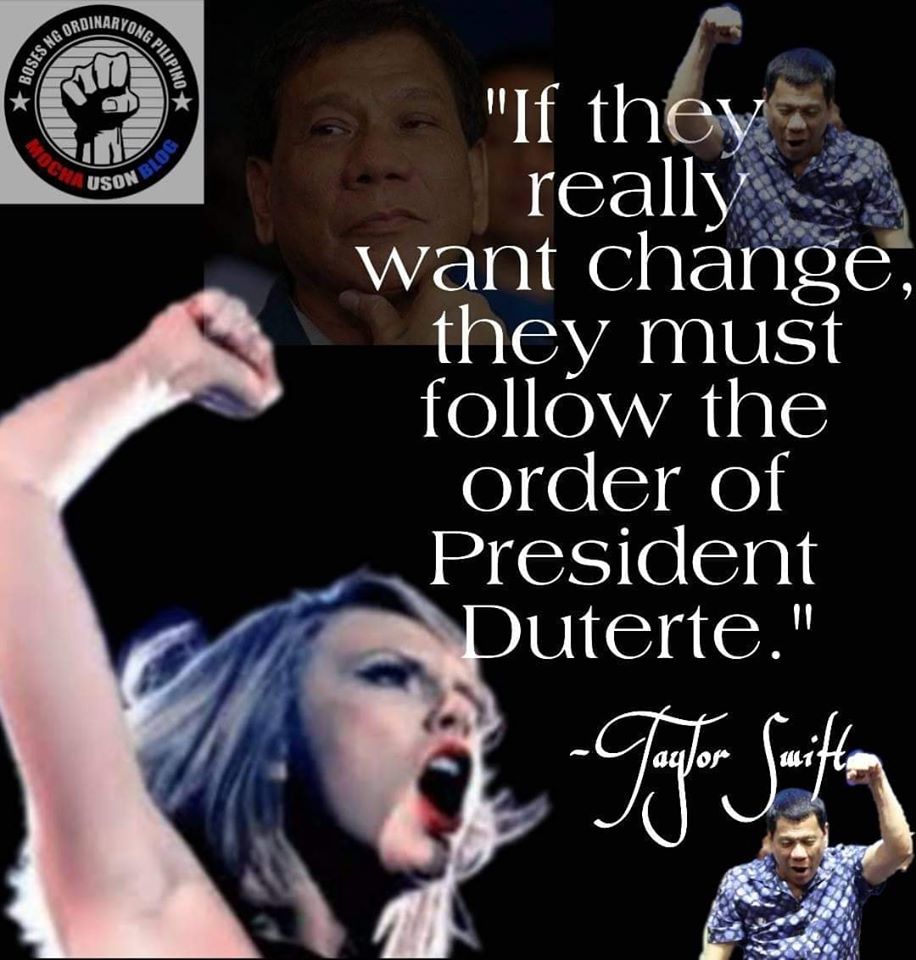 Hermione Granger from the Harry Potter series graduated from being the brightest wizard of her age to being Queen Elizabeth’s daughter, only to say that President Duterte is the “most passionate leader the Philippines ever had”. Can somebody “Stupefy” this fake Hermione who’s probably using a polyjuice potion to look and talk like her? 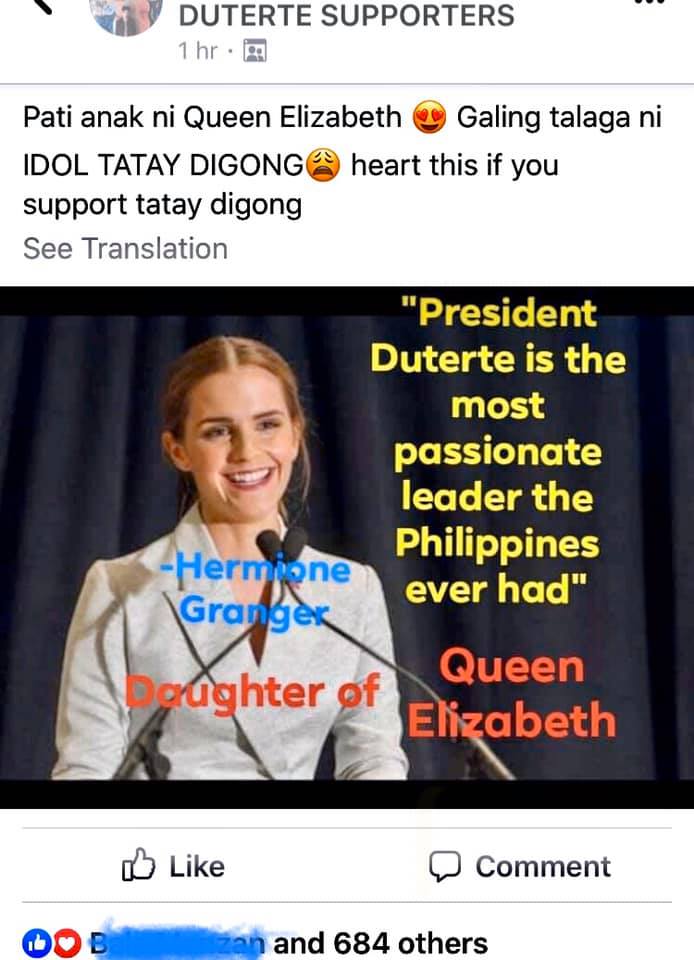 I’m so sorry K-POP fans but Twice leader Jihyo also got dragged into this. Maybe the person who edited this just wanted to “feel special”. 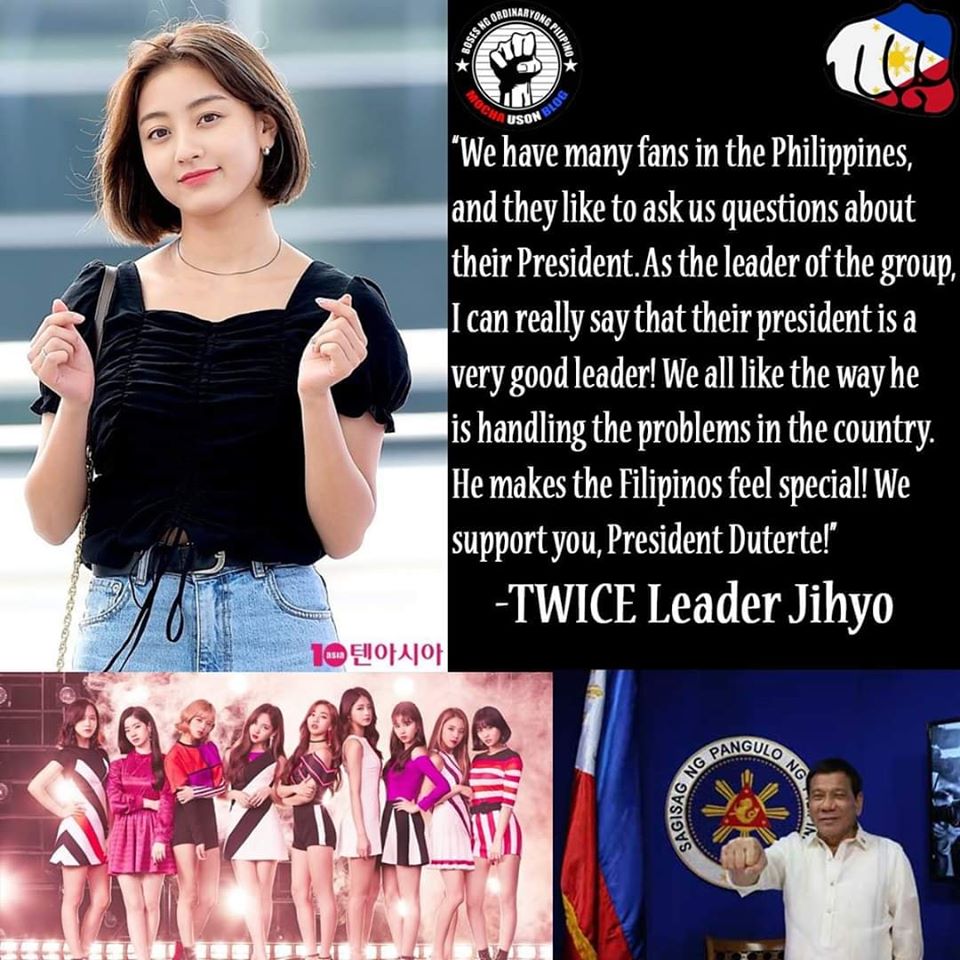 Even Dr. Meredith Grey from the American medical drama Grey’s Anatomy expressed her ‘admiration’ to President Duterte. (Correction though, Meredith is a fictional character and is the Chief of General Surgery at Grey Sloan Memorial Hospital in the TV series. Her late husband Dr. Derek Shepherd was the Head of Neurosurgery.)

The photo quotes are obviously made to troll people or to see if President Duterte’s supporters would believe any of it, and the sad thing is, some of them are falling for it.

Aside from the deadly COVID-19, there seems to be another virus spreading all over the country—fake news. For so many years, we’ve been fighting against the proliferation of fake news and misinformation online. But when you have Mocha Uson as one of the top propagators of fake, erroneous, or modified information on social media, along with an army of trolls, we can all hope for a vaccine that can also cure whatever it is that infected the people of this country since 2016.