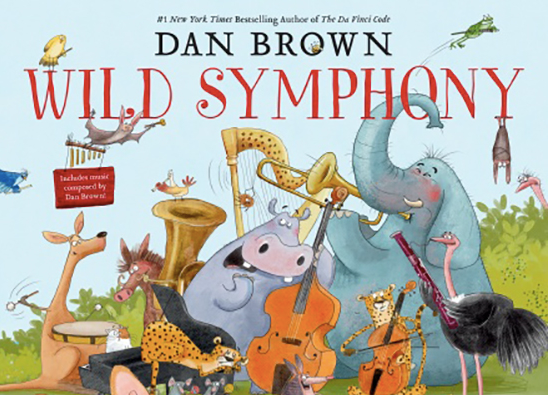 The bestselling author, known for “The Da Vinci Code”, will release his first volume for children in September.

The picture book entitled “Wild Symphony” is inspired by classic children’s books like “Peter and the Wolf” and “The Carnival of the Animals”.

The story follows the playful Maestro Mouse as he pays a visit to several of his musical friends, including cheetahs, kangaroos, elephants and blue whales.

Each spread, illustrated by Hungarian artist Susan Batori, is dedicated to a different animal, offering over the pages bits of wisdom that will inspire conversations about compassion, patience, respect, mindfulness and community.

Batori has also hidden clues and puzzles in the backgrounds such as jumbled letters that spell out clues, “for interested readers of all ages.”

“Wild Symphony” will also be accompanied by a classical music album composed by Dan Brown and performed by the renowned Zagreb Festival Orchestra in Croatia.

Readers can listen to the author’s musical compositions using a free interactive smartphone app, which uses augmented reality to play the appropriate song for each page when the camera of a cell phone is held over it.

“I love storytelling, and my novels always attempt to weave together varied themes. With ‘Wild Symphony,’ I was excited to build on this idea and create a truly layered experience by using three different languages simultaneously: art, music and words. In the same way that an opera captivates its audience by presenting beautiful sets, dramatic music, and lyrical drama, ‘Wild Symphony’ strives to be an immersive feast for eyes, ears, and mind, all at the same time,” Brown explained in a statement.

Although best known for page-turners like “The Lost Symbol” and “Angels & Demons”, Brown pursued a career in the music industry after graduating from college.

He moved to Los Angeles to become a singer-songwriter and pianist in the early 1990s, where he later joined the National Academy of Songwriters.

“Wild Symphony” will be published on Sept. 1, along with the accompanying classical music album.

At publication, the accompanying music app will also be available for free download via the website and the QR code in the picture book. JB 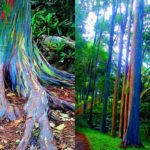 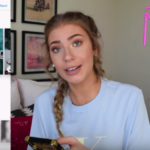