It was the countdown leading to that most romantic time of the year, and you’d booked a flight, arranged the romantic couples Mactan sunset dinner-rendezvous on a yacht, and bought his favorite whiskey for after-dinner, only to be dumped the night of Valentine’s day without even the benefit of a call. You’re sobbing and incredulous at the cruelty of the timing, not to mention all the time and money you’ve poured into the event. Poor unlucky you, right? Well the not so funny news is you’re not alone.

Data from several key sources indicate that contrary to popular belief, break-ups happen to spike around milestone holidays starting from Christmas and New Year all the way to Valentine’s Day, with at least one source claiming the peak happens around March.

British journalist and graphic designer David McCandless, who specializes in showcasing data in visual ways, compiled a chart using Facebook status updates to show which times of the year FB users break up. He did this by measuring “the frequency of the words ‘breakup’ or ‘broken up’ out of all Facebook status updates on each day,” and showed off the graphic at a TED conference last July 2010 in Oxford, England. 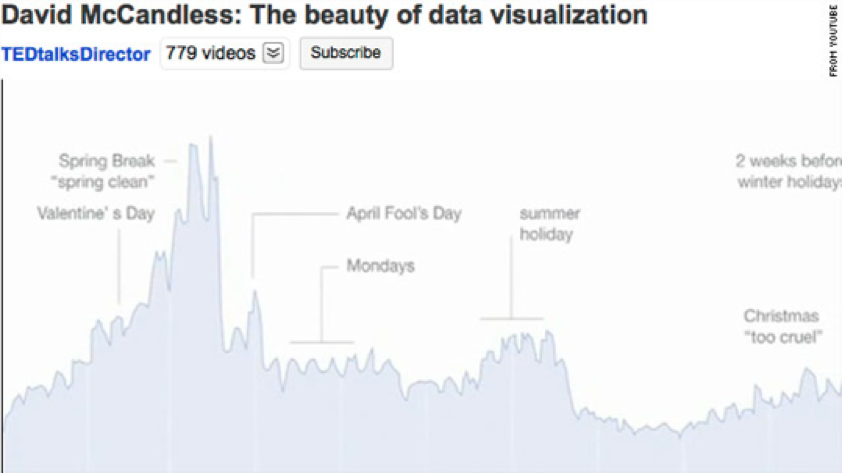 Furthermore, as if Monday didn’t have a bad enough reputation to start with, McCandless also found that the highest number of breakups happen at the start of the work-week/ Monday. So… would 14 February this year being a Friday help? Don’t count on it.

The New York Daily News reports a flurry of business for divorce lawyers right after Valentine’s Day, an observation backed up by research commissioned by the international dating website AnastasiaDate. The possible reason? Both sources speculate that individuals may have set Valentine’s Day as a final ultimatum for their partners to fulfill their expectations regarding the holiday and pull the trigger afterward if Valentine’s Day comes around and those expectations are still unmet. Talk about D-day following V-Day.

It’s indeed an increasingly confusing world, made more confusing by the growing popularity of newer and newer ways of meeting people online and offline, adding more and more pressure to our intimate relationships. Now it seems, even Valentine’s holidays can’t protect our hearts from breaking.

LG Gives Back and Shares the Good Life