The University of the Philippines Diliman is known for many things: its academic excellence, as the premier university in the archipelago, and for its scenic campus. However, around this time of year, UP Diliman is known for a more exciting phenomenon: UP Fair. As a champion of homegrown talent and love for all things local, UP Fair continues its yearly tradition of bringing a weeklong school fair with Filipino bands and artists headlining each of the days of the fair’s duration.

Following said tradition, each day is handled by one of the university’s many student organizations. Thursday, in particular, will be handled by the UP Economics Society in partnership with the UP Underground Music Community. 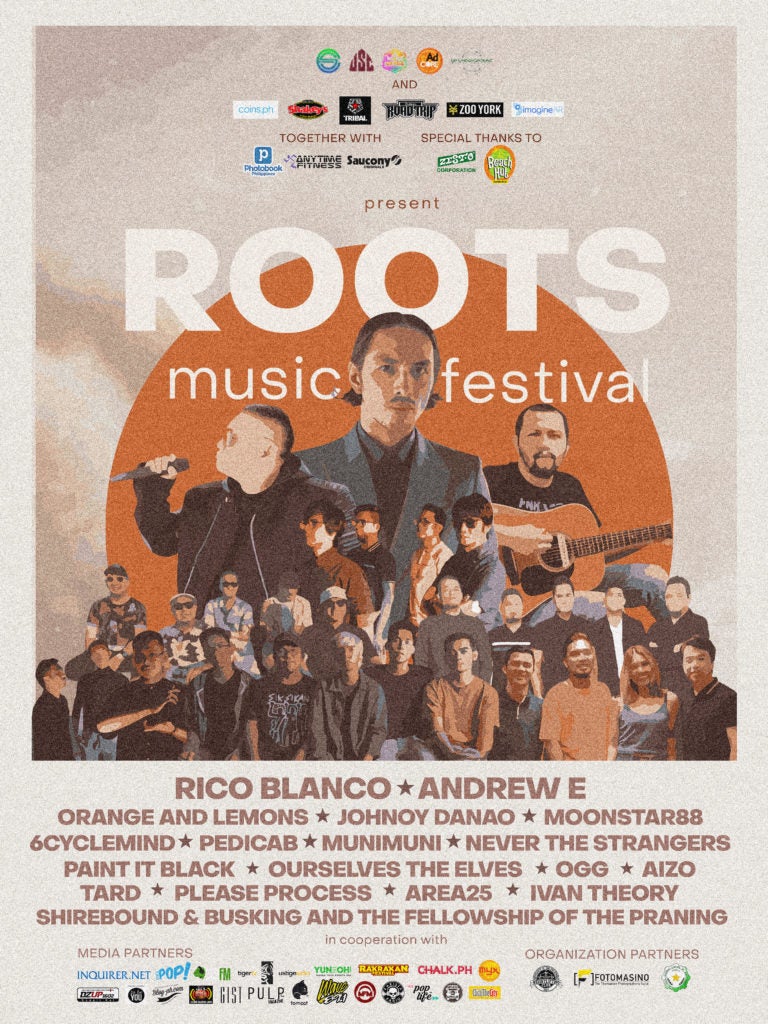 The ROOTS Music Festival, as its been called ever since its conception 7 years ago, headlines artists such as Moonstar88, Orange & Lemons, Andrew E., and Rico Blanco. It is interesting to note that the last time Rico Blanco performed at UP Fair was seven years ago.

An advocate for climate justice, ROOTS (as conveniently named) aims to promote sustainability and to raise awareness regarding the adverse effects of human activity on the planet. With global temperatures rising and natural disasters growing in number, ROOTS hopes to inspire both young and old to help conserve the earth and reduce their carbon footprint, for without the planet there could be no place to enjoy great music.

Apart from climate justice, ROOTS is all about reminiscing the good times from earlier days in our lives, with the lineup being heavily influenced by the idea of nostalgia or sentimental feelings towards the past.

So what are you waiting for? Throw it way way back with ROOTS Music Festival on February 13, 2020, Thursday! Kita-kits sa ROOTS!!