A pet owner has chosen to express his gratitude to a team of vets that helped his dog fight cancer with a Super Bowl ad costing a cool $6 million (P305.7 million).

Scout, a 7-year-old Golden Retriever, has been the unofficial mascot of WeatherTech, an automotive accessories company, of which his owner, David MacNeil, is CEO. His family went to great lengths to get him treated after he collapsed in July 2019, despite a discouraging prognosis.

After his collapse, Scout was rushed to a local animal hospital, which found a tumor in his heart. When the dog was moved to another hospital, he was diagnosed with cancer of blood vessel walls. His family was told he only had a month to live.

“There he was in this little room, standing in the corner… and he’s wagging his tail at me. I’m like ‘I’m not putting that dog down. There’s just absolutely no way,’” recalled MacNeil to WMTV on Tuesday.

Scout’s family sought the help of the University of Wisconsin (UW) School of Veterinary Medicine. The team of vets developed an aggressive treatment plan that included chemotherapy and radiation.

By September, the tumor was 90% smaller. Today, Scout’s heart tumor is nearly gone, though he continues to fight small tumors in his lungs.

To thank the hardworking team of vets, MacNeil bought a Super Bowl ad spot that will air on the second quarter of Super Bowl LIV on Feb. 3. It tells Scout’s survival story and calls on the public to make donations to the school.

Scout was described to WMTV as the “perfect patient” by David Vail, a professor of comparative oncology at the school. “[He’s] tolerated multiple modes of therapy very well, his primary tumor has responded beautifully to treatment, and we’ve been able to maintain his quality of life at a very high level.”

Rebecca Blank, chancellor of UW Madison, said in a video on Scout’s treatment that donations will benefit scientific research and experimentation on canine cancer.  /ra

Terminally-ill grandpa gets his wish, sees his dog for one last time 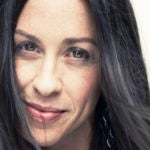 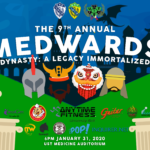