Anyone who’s ever been in a relationship knows that breakups can be quite messy. For one, there’s the issue of your mutual friends–what will they say? and will they be taking sides? And then, there’s the concern of who gets what in your joint properties. Normally, the latter won’t be a problem if the couple doesn’t have kids. However, if they do have children, then the situation can get more hectic.

One example of this is the story of a 40-year-old man who chooses to settle his custody battles against his ex-wife via “trial by combat”.

As many Game of Thrones fans already know, the medieval practice consists of two parties enlisting a “champion” to fight in defense of their stance. The winner is named when one opponent ultimately kills the other in battle. Throughout the HBO series’s run, viewers have witnessed two trials by combat. The first of which is the fight between Ser Vardis Egan and Ser Bronn of the Blackwater for Tyrion Lannister’s innocence in the assassination attempt of Bran Stark. While the second (and by far, the more traumatic one) is that of The Mountain and Oberyn Martell–wherein it ended with Tyrion’s execution sentence and Oberyn’s death via head explosion. 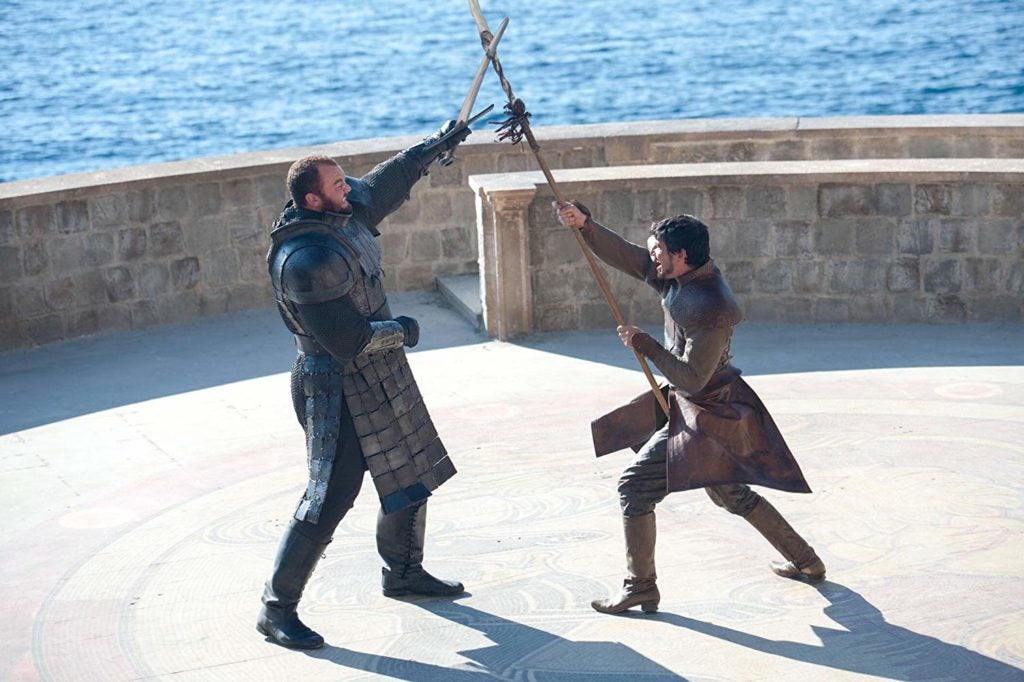 Seeing how messy and bloody these fictional battles can be, it’s surprising to know that someone would want to do this to settle their legal battles. But this is exactly what American man David Ostrom requests in an Iowa court.

According to multiple reports, Ostrom has been questioning the lack of communication between him and his two children since his ex-wife took primary custody of them. He also asks the court to make his ex give him money to pay off the property tax on their former residence.

The Carroll Times Herald reports that since Ostrom’s ex-wife and her lawyer Matthew Hudson have “destroyed him legally”, he is opting to let divine justice or destiny reign over this dispute–stating that trial by combat has not been “explicitly banned or restricted as a right in the United States.”  Ostrom even suggests that the Hudson can serve as his ex’s “champion” in this modern-day Game of Thrones battle.

In response to this, Hudson asks the court to deny Ostrom’s requests as the act will result in death–a far greater problem than monetary support and custody battles.

Furthermore, Hudson is not only asking the American justice system to suspend Ostrom’s visitation rights but he is also requesting to have Ostrom undergo psychological evaluation.

No decision has yet been made, as of this writing.

Here’s to hoping this legal battle doesn’t get a Westeros-kind of ending!

GOT fans will get this GIF. Via Giphy

game of thrones
HBO
trial by combat
TV series
INQPOP! Stories we think you might also like: