Christmas around the world? 5 countries that celebrate the holiday season differently

In the Philippines, we celebrate Christmas by attending “Simbang Gabi”  or “Misa de Gallo” (dawn mass) for nine consecutive days from December 16 to 24 or by preparing your Pinoy food favorites for Nochebuena. But have you ever wondered how the countries on the other side of this planet celebrate the season of giving? Do they also have hilarious Christmas party games such as Pinoy Henyo (our all-time favorite) and Chubby Bunny? Or, traditions like Panunuluyan wherein devotees reenact Joseph and Mary’s journey to finding a shelter for Mary to give birth to Jesus?

Before we partake in our traditional Nochebuena feast (and start bombarding you with a lot of questions), we have listed down how these countries from different parts of the world celebrate Christmas.

Because there’s only a tiny population of Christians in Japan, the Japanese people observe Christmas like how they often celebrate Valentine’s Day. The Japanese people consider Christmas Eve as a time for love so expect young couples going for a walk to just marvel at holiday lights and themed decorations. After strolling around the city, you’d see them having dinner at fast food restaurants as fried chicken is also considered to be the most popular Christmas dinner.

Aside from fried chicken, another holiday food that the Japanese always look forward to during Christmas Eve and birthdays is the “kurisumasu keki” (Christmas cake) that is being sold in almost all bakeries and local convenience stores. The traditional Japanese shortcake is usually light and spongy with strawberries and whipped cream filling.

In Germany, during the icy cold winter months, Christmas markets (Weinachtsmarkt) are held, which feature lots of pretty lights and cute market stalls. Some traditional products sold here are model houses, wooden figurines, Gluhwein (a kind of warm wine that people drink during the cold of the winter), beer (of course), and lebkuchenherzen —a heart-shaped cookie that the German people give to their significant other with cute messages on it.

For Kenyans, Christmas is a religious occasion—that’s why they most of them go home for the holidays to spend a quality time with their families and longtime friends. In preparation for the most wonderful time of the year, Kenyans decorate their houses and churches with colorful balloons, ribbons, paper decorations, flowers and green leaves. Since Christmas trees are not native to the land, the best alternatives are usually thorn trees, cypress trees, or local evergreens.

In Kenya, they are not really big on gifts—but they do have a Santa figure whom they referred to as “Father Christmas.” Just like Western Santa, Father Christmas is also a huge, bearded man dressed in red but delivers gift through a Land-rover, camel or bicycle.

Caracas in Venezuela might not be the first place you’d think about when picturing a special Christmas, and yet it practices one of the oddest holiday celebrations: rollerskating to church on Christmas morning. That’s right, the road to the mass is done by people wearing roller skates!

As a matter of fact this habit became so popular that streets are now closed until 8am for any cars and alike so the skaters are safe from traffic. After the mass, people go to local streets to celebrate with lots of music, dancing and of course, plenty of food and fireworks. Instead of Santa, Jesus hands out the presents to young children.

In Iceland, in the 13 days before Christmas, children place a shoe on the window sill and a Christmas spirit called a Yule lad visits. If they have been good they fill the shoe with candy, otherwise they fill it with rotting potatoes. On Christmas night itself they have even more to endure as there’s 2 creepy creatures on the lookout: the Grýla,who boils naughty children alive, and a big cat that eats anyone who’s not wearing anything new.

Despite our different beliefs and practices, let’s not forget the main reason as to why we are celebrating Christmas today. And wherever you are in the world, we hope that you have a Merry Christmas and a Happy New Year!

‘Coming Home For Christmas’ is the holiday movie you’ve been waiting for, here’s why 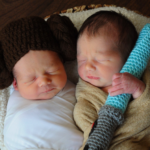 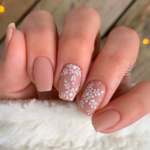