Moments after Baby Yoda appeared in the premiere of Disney’s live-action “Star Wars” series “The Mandalorian,” the cute, wide-eyed character began capturing the hearts of many fans of the movie franchise.

The fever surrounding the fictional character does not seem to be going away anytime soon, as a “Star Wars” fan started a petition for Apple to create an emoji version of Baby Yoda.

A certain Travis Bramble explained that he started the petition because he wants Baby Yoda to steal “our keyboard space” after he “stole our hearts.”

He even gave examples of situations where one can use the proposed emoji: “Your friend shares a pic of her [newborn] baby Respond with a cute little Baby Yoda emoji to show that you think her little rascal is cute beyond words. You’re sick and your mom texts you, “Do you want some soup?” Respond back with a cute little Baby Yoda to show her that your thirst for soup is insatiable.”

“Join me into this movement and let your voices be heard,” Bramble appealed. “WE WANT BABY YODA EMOJI!!!”

Two netizens who signed the petition shared why they agreed with Bramble’s “movement.” One Violette Shearer said it was because “Baby Yoda brings happiness to everyone no matter who they are.” Meanwhile, a certain Nancy Heath believed that the green character “unites us.”

Along with the recently released “Mandalorian,” the “Star Wars” franchise will also be premiering its latest movie, “Star Wars: The Rise of Skywalker,” in theaters worldwide on Dec. 18.

The petition has already gained more than 9,800 signatures as of this writing. Its goal is to obtain 10,000 signatures.

Despite the support the “movement” has already gotten, an emoji for the little green guy may not be approved by Unicode Consortium, the group behind the approval of new emoji. According to its website, the guidelines for submitting new emoji state that emoji of “specific people, whether fictional, historic, or living” is a factor for exclusion.  /ra

Baby Yoda GIFs are back after ‘confusion’ led to removal 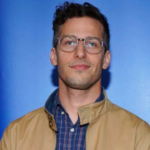 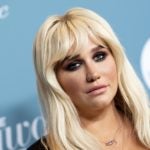