Pop-rock icon and global recording superstar Avril Lavigne announces she will add Manila, Philippines to her highly anticipated “Head Above Water World Tour” in Asia. The eight-time Grammy-nominated singer will be back in Manila on Wednesday, May 20, 2020 at the Araneta Coliseum since her last concert tour in February 2014. Presented in Manila by concert promoters Wilbros Live and Midas Promotions.

“I missed being up on stage in Asia, singing with you! It’s always brought me so much happiness, which is why I’m so excited to come in 2020 for the Head Above Water World Tour!”

On her 15-date North American run, Lavigne wowed audiences across the country after hitting the road for the first time in 5 years. The “Head Above Water” tour, which kicked off September 14, is in support of her critically acclaimed sixth studio album, Head Above Water, which debuted in the Top 10 following its release on February 15, 2019 via BMG. 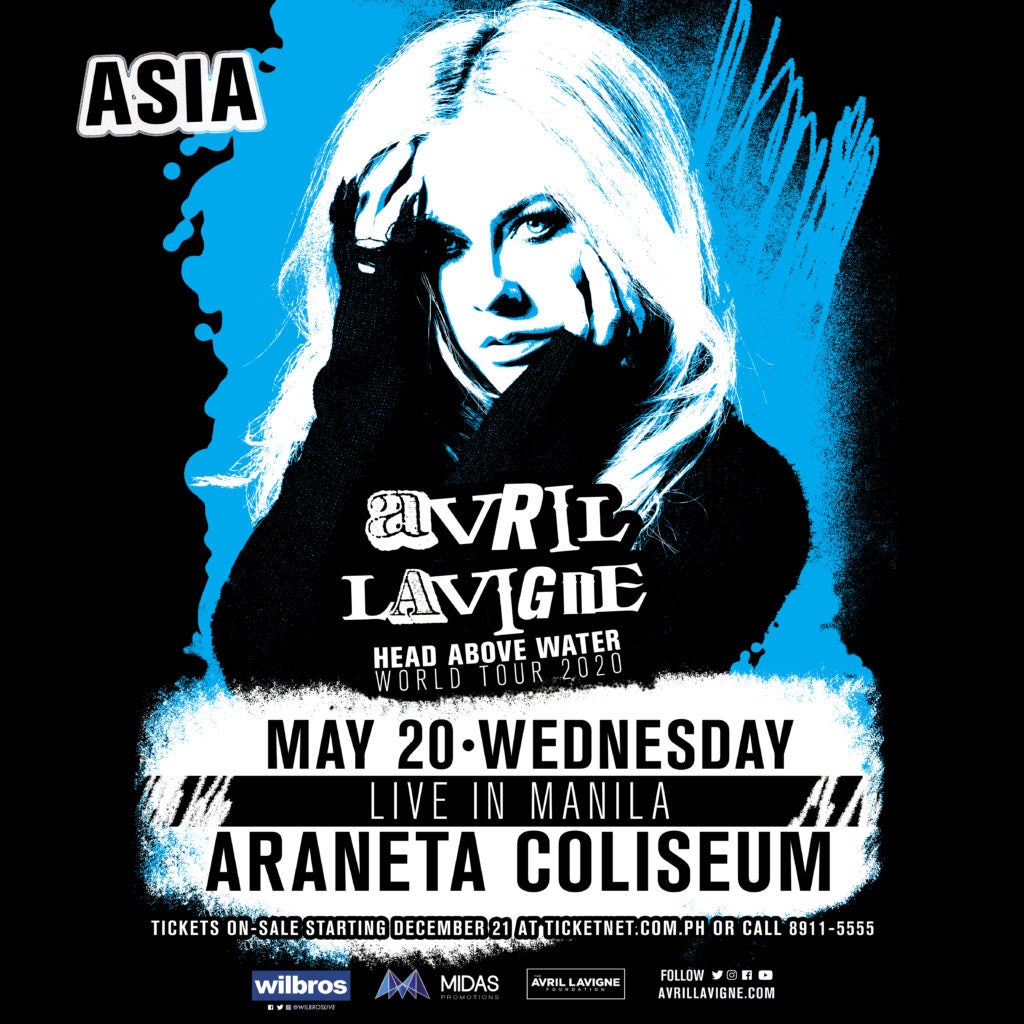 The tour’s initial shows have received an outpouring of fan and critical acclaim:

“Avril Lavigne’s new tour is an UNCOMPLICATED PARADE OF HITS… Lavigne flew through a career-spanning set of angsty jams, party-starters, and stirring ballads… the HIT-PACKED SHOW is a FUN-LOVING CELEBRATION OF HER LEGACY.” – MTV

“It felt like Lavigne had never left. Her voice had new depth and power, but her performance was just as BOUNCY, ENERGETIC AND FUN as in the past… Lavigne’s performance was a statement of growth she’s made in the past three years and a CELEBRATION OF THE HITS… Fans seemed to connect with Lavigne from the show’s first notes and never let up.” – RIFF Magazine

Tickets to Avril Lavigne’s ‘Head Above Water World Tour’ in Manila go on-sale starting Saturday, December 21 at 10AM via TicketNet.com.ph, all TicketNet outlets or Call 8911-5555.

Government officials invited to react on the Youth Declaration for Climate Justice ahead of 25th September, ‘Global Day of Climate Action’