A sprawling London-themed hotel fronted by global icon David Beckham will recreate the British capital in Macao, with replicas of the Palace of Westminster and Houses of Parliament poised to transform the glittering Cotai Strip.

First announced in May, more details about the hotel have been revealed. Set to open in phases progressively over 2020 and 2021, The Londoner Macao will feature 594 suites, 368 “apart-hotel” units, and 20 dining options, including a restaurant from Beckham’s food BFF chef Gordon Ramsay.

The hotel exterior will be modeled after the Palace of Westminster and Houses of Parliament, including the iconic clock face of the Elizabeth Tower, better known as Big Ben. 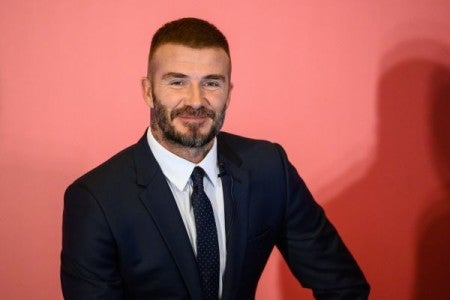 Beckham, who has parlayed his soccer fame into a lucrative second career as a style icon, is not just the face of the integrated resort but also a contributing designer. The David Beckham Suites, located on the top floor of the hotel, will be designed in collaboration with a London interior design firm.

“London is an incredible city and one that I am proud to call my home. To be able to work so closely with the Sands team to bring the elements of London that I love to the city of Macao is a wonderful opportunity,” he said in a statement.

“Interior design is a real passion for me so to be involved in the design process and help shape this project is another important step in our long-standing partnership with Sands Resorts Macao. I can’t wait to welcome everyone to come and experience what we are creating here — a little bit of London in Macao.”

The opening of The Londoner Macao is part of Las Vegas Sands and Sands China Ltd.’s major relaunch of the Cotai Strip which also includes resort recreations of Venice and Paris. IB/JB