When the Avengers: Endgame first hit the cinemas, people of all ages rushed to the malls to purchase tickets for the much-anticipated film. And since its premiere, the film went on to garner an estimated “$2.79 billion in worldwide in gross“–surpassing sales from James Cameron’s Avatar and earning the “highest-grossing film of all time” title.

Through this action-packed, superhero extravaganza, many Marvel fans witnessed the end of their favorite heroes. This included the loss of Black Widow and the retirement of Captain America. However, none of their exits could compare to that of Iron Man’s. As many moviegoers may recall, Tony Stark a.k.a. Iron Man, chose to use the power of the Infinity Gauntlet to put an end to Thanos and his army. But in doing so, he also ended up damaging his body–which ultimately led to his death.

While many were still recovering from Tony Stark’s emotional death, Disney announced that there was a deleted scene involving a conversation between Tony Stark and the grown-up version of his daughter Morgan, who was played by 13 Reasons Why actress Katherine Langford.

Marvel fans were curious to know what transpired in that scene. But now, thanks to Disney+, they finally got to see what happened between Tony and Morgan Stark in that alternate dimension–and it’s definitely something that’ll leave fans of the franchise in tears!

In the video, Tony Stark can be seen walking towards a teenage girl–initially not knowing who she is. Once he gets closer to her, he figures out that she is, in fact, an older version of Morgan. He then proceeds to say how he feels his actions might have been a “mistake,” seeing his daughter has grown up without a father. In reply, Morgan explains that she understands his actions and that she’s proud of him. 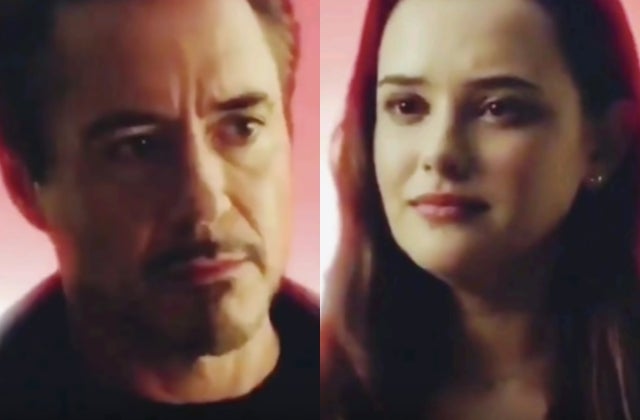 Towards the end of the clip, Morgan tells Tony that she’s happy with the time they spent together, even though it was cut short. And then, she proceeds to tell Tony she loves him, to which he replies “I love you 3000.”

Understandably, fans went to social media to discuss their sentiments about the deleted scene. One Twitter user wrote, “My tears flooded my room.” While another online user posted a side-by-side comparison of a young Morgan telling her father “I love you 3000” with a screengrab of Tony repeating the same lines to an older Morgan. The caption for this post was: “A b*tch is crying and that b*tch is me.”

Tell us in the comments below, what do you think about the Avengers: Endgame deleted scene? And do you think they should’ve kept it in the movie?