Follow us:
After Marrakesh this year, Dior will present its Cruise collection in Europe in 2020. Image: Instagram/@dior

Dior to present its next Cruise collection in Europe

The cruise show season is beginning to take shape. After Chanel, Max Mara, Prada, and Gucci, it was Dior’s turn to say a little more on the destination chosen for its mid-season show.

The French house will organize a runway show in Europe, on May 27, 2020, announced a spokesperson to specialist website, Women’s Wear Daily (WWD). 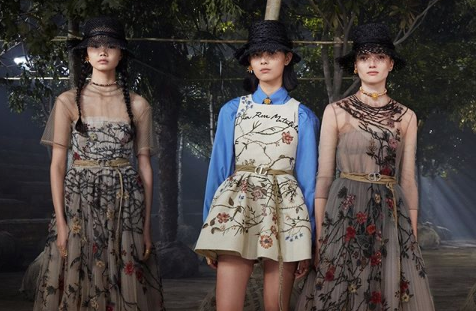 After Marrakesh this year, Dior will present its Cruise collection in Europe in 2020. Image: Instagram/@dior

For the moment, Dior has not communicated on the country and exact location of the event, which will likely be revealed in the coming weeks.

As it stands, Chanel is set to open the cruise shows season with an event planned in Capri on May 7. Next up will be Gucci, which will present its collection in the United States on May 18, then Prada in Japan on May 21, and Max Mara in Saint Petersburg on May 25. CL/JB

Man wows in skirt and heels: ‘Clothes have no gender’

Is the mask dress this winter’s must-have wardrobe item?

Mothers-to-be are loving cottagecore fashion, too