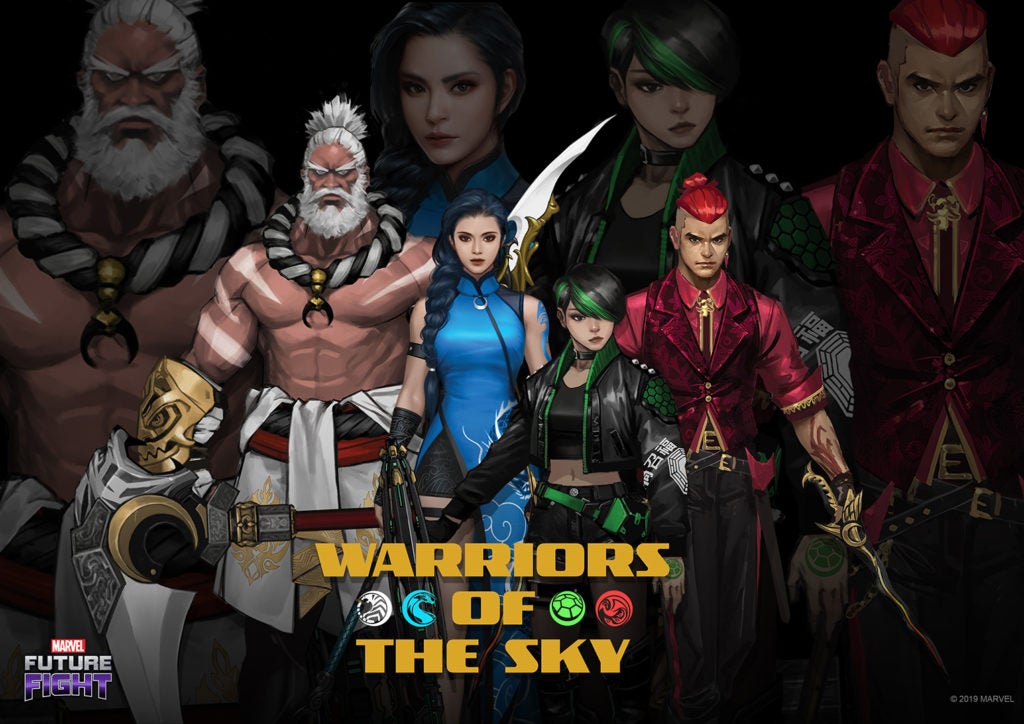 “We are excited to introduce this original team, Warriors of the Sky, to MARVEL Future Fight fans and expand on the continually growing, wide variety of character choices in the game,” said Danny Koo, Senior Producer for Marvel Games. “Warriors of the Sky is about teamwork. Netmarble is an amazing developer to collaborate with on these concepts, and we are eager to see how they can bring these unique creations to life in the game.”

“Everyone at Marvel loves collaborating with friends around the world to create characters which entertain, inspire and resonate with our global fans,” said Bill Rosemann, VP of Creative for Marvel Games. “Combining awesome powers, cool visuals and memorable backstories, the Warriors of the Sky join the Avengers, the X-Men and the Guardians of the Galaxy as Marvel’s next major super team.”
Each of the brand new characters has their own unique powers and different backstories for players to learn and explore. The new Warriors of the Sky team includes: 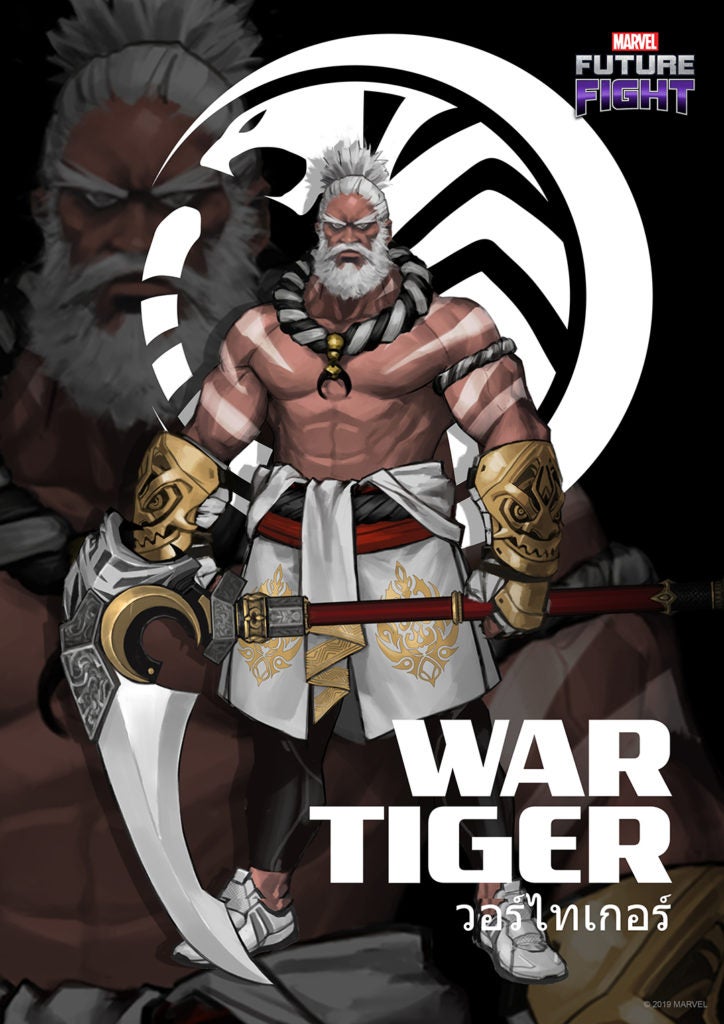 War Tiger – Leaping from the West, the massive War Tiger slices through evil with the mystical Tiger’s Fang. This ancient Thai general ensures the success of his fellow Warriors of the Sky with his immense power and hardened combat experience. 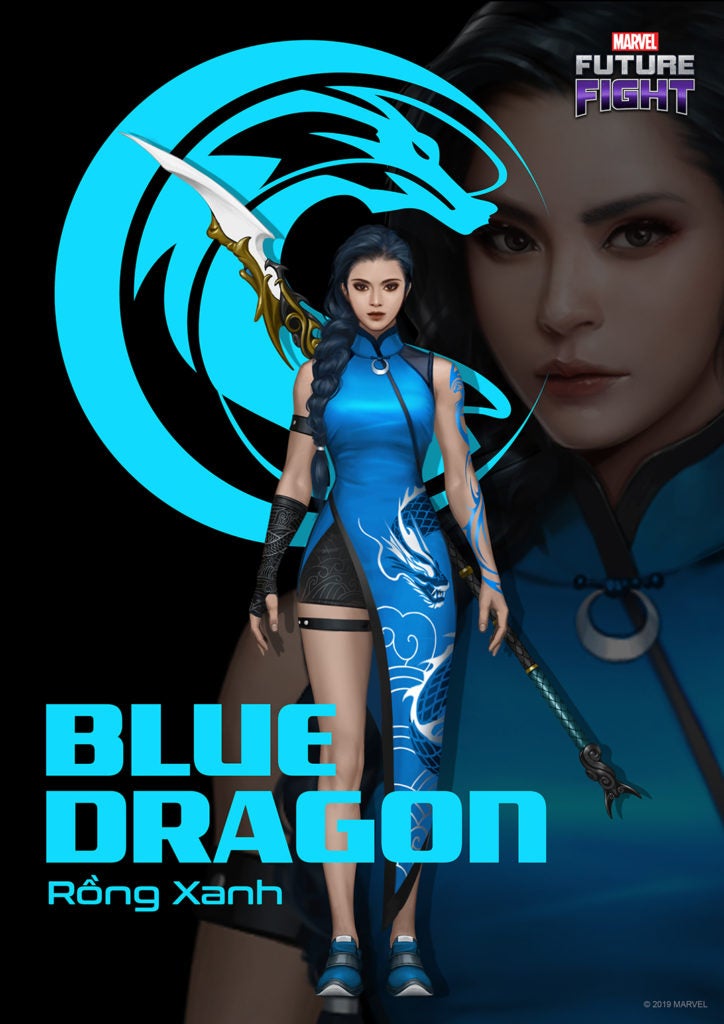 Blue Dragon – Defending the East, Blue Dragon possesses the ability to transform whatever she touches into a draconic weapon. With her heirloom spear, whip in hand, this child of Vietnamese noble family leads the Warriors of the Sky with her protective spirit and wise judgment through any challenge they may encounter. 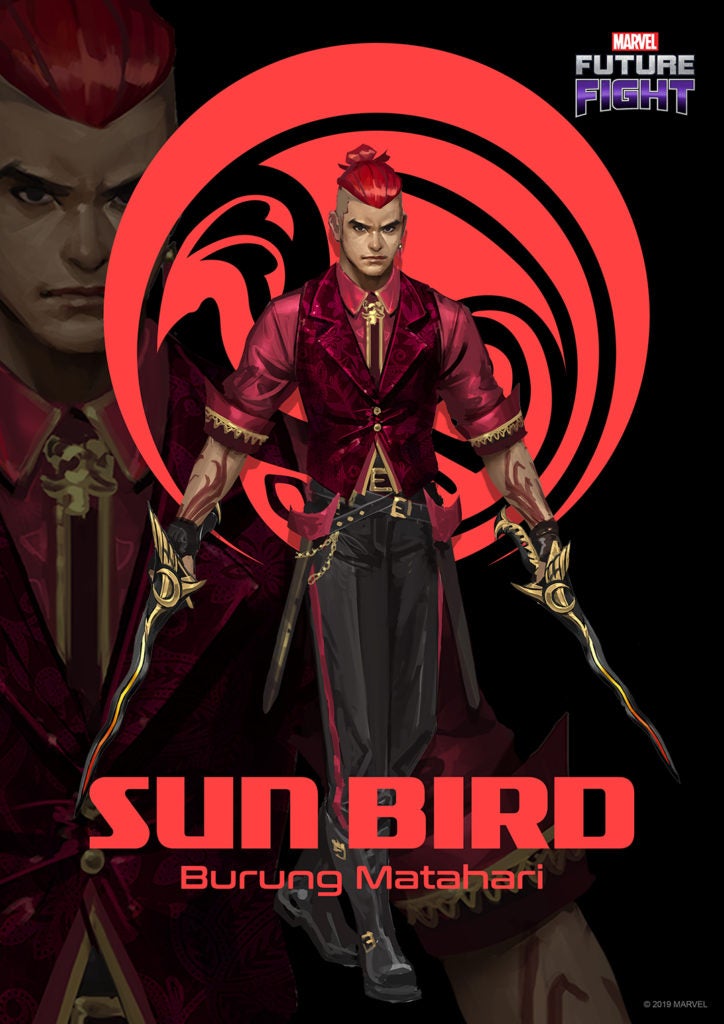 Sun Bird – Soaring into battle as guardian of the South, the searing Sun Bird provides healing support for the Warriors of the Sky. With agile charm, this Malaysian pirate from the 1600s reborn by the power of his twin krises seeks to make the most of his new life by supporting the world however possible. 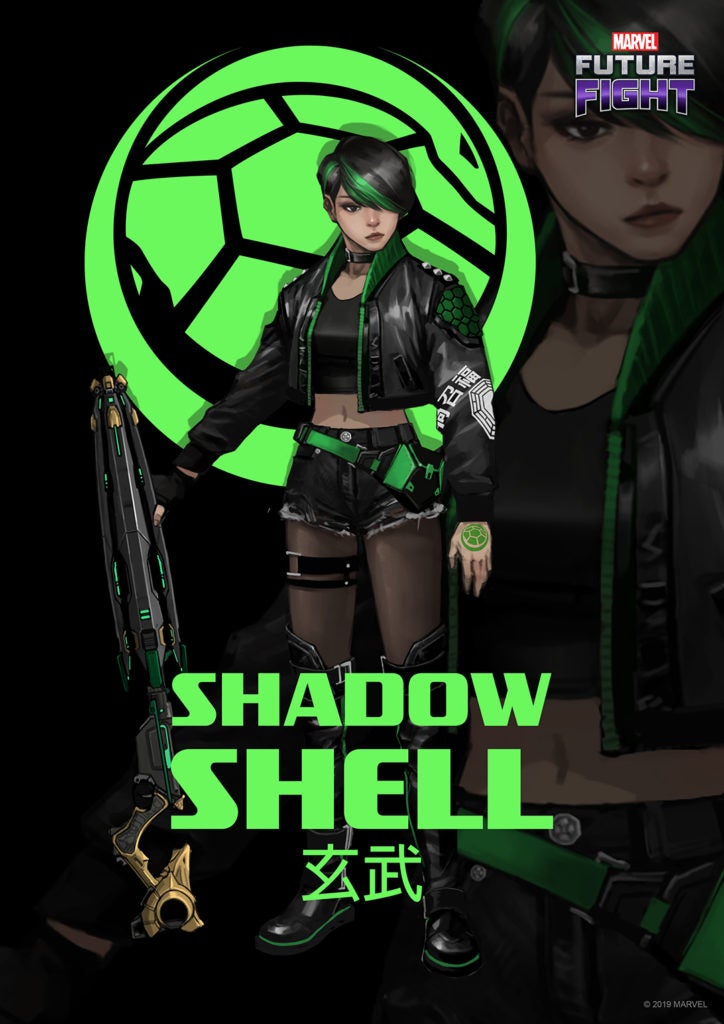 Shadow Shell – Strategizing in the North, Shadow Shell disables enemies from afar and defends her teammates with her highly advanced rifle and Ba Gua energy shield. When Shadow Shell’s adopted family in Taiwan attempted to poison her, the extremely intelligent tactician gained her unseen powers of toxic immunity and now provides battle strategy for the Warriors of the Sky.

“Creating characters with different backgrounds and diverse stories and giving players a wide variety of Super Heroes to play as is always a joy, especially with how fans have taken to our past original creations with Marvel such as Luna Snow, and Crescent & Io,” said Joe Lee Executive Producer at Netmarble. “We also appreciate collaborating with Marvel on new concepts, especially with The Warriors of the Sky team, and we can’t wait to show more in the future.”

Netmarble revealed the first teaser for the ‘Warriors of the Sky’ at New York Comic Con in early October, and unveiled an additional teaser at the Thailand Game Show.

MARVEL Future Fight celebrated its four-year anniversary with over 100 million players across the world. The game is currently available worldwide in the App Store® and Google PlayTM.
For more information, please visit http://marvelfuturefight.netmarble.com.

games
Marvel
Marvel Future Fight
Netmarbles
Warriors of the Sky
INQPOP! Stories we think you might also like: