Mayonnaise Celebrates 17th Anniversary with the Biggest Concert Yet: #MAYONNAISEVENTEEN

2019 is the year of Mayonnaise. Fresh from the release of their seventh studio double-album, the band went on two (going on three) packed nationwide tours; was awarded the YouTube Silver Play Button for 100k subscribers on their channel; went on TV, radio, and online shows to promote their shows and singles; among many others – the band has been busier than ever.

This November 8, 2019, Mayonnaise celebrates their 17th anniversary with their biggest show yet – #mayonnaiseventeen: Mayonnaise 17th Anniversary Show at the SM North EDSA Skydome. Celebrating with the band are friends and talented artists I Belong To The Zoo, This Band, and Sharlene San Pedro. 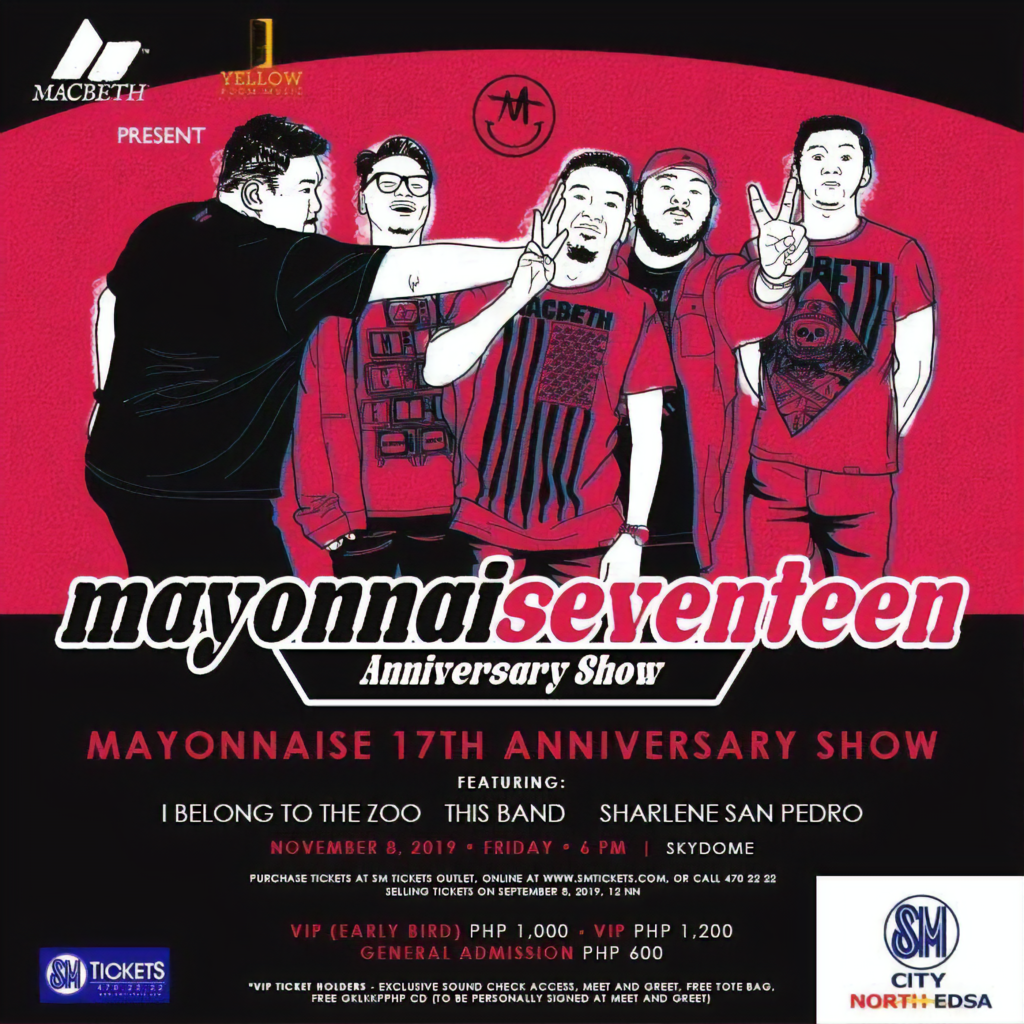 The show is part of a yearly tradition of sorts, following the band’s 15th and 16th anniversary shows that packed a full house in both the Social House Circuit Makati, and at 12 Monkeys Music Hall & Pub Pasig, respectively. #mayonnaiseventeen follows the success of these shows, and takes it to a whole other level. The team is gearing up for a world-class lights and sound concert experience that will boast to provide a new standard for local band concerts in the Philippines.

Currently, Mayonnaise is on the 3rd leg of their album tour, dubbed Gusto Ko Lang MagTour 3 – a series of shows around Philippines, Singapore, and Canada – all leading up to the 17th anniversary show in Skydome. 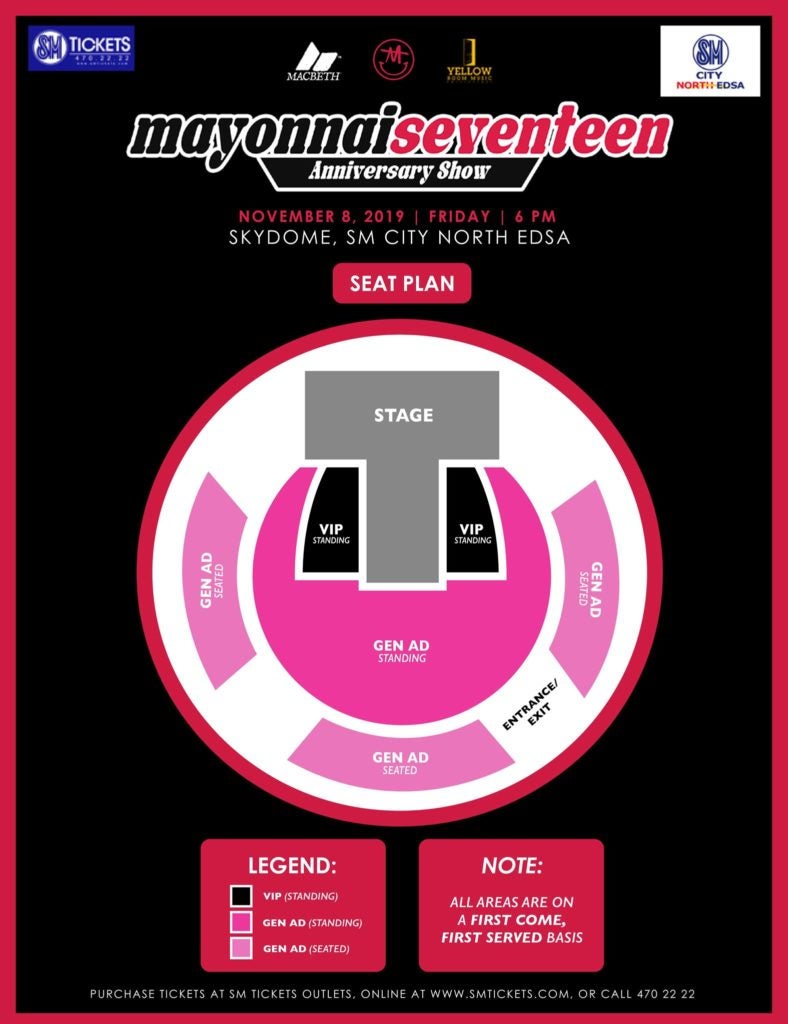 #mayonnaiseventeen: Mayonnaise 17th Anniversary Show is made possible by Yellow Room Music Philippines and Macbeth Philippines. Tickets are available in all SM Tickets Outlets, and online via www.smtickets.com.