Netflix releases trailer for its latest historical epic, ‘The King’

From taking on the role of precocious Elio Perlman in the 2017 movie “Call Me by Your Name” (where he was nominated for an Academy Award) to “Lady Bird’s” dreamy bassist, Kyle Scheible, Timothée Chalamet has once again proven that he is one of the best actors of his generation. The 23-year-old American actor stars in Netflix’s upcoming movie “The King” as King Henry V or known to his comrades as “Hal.” 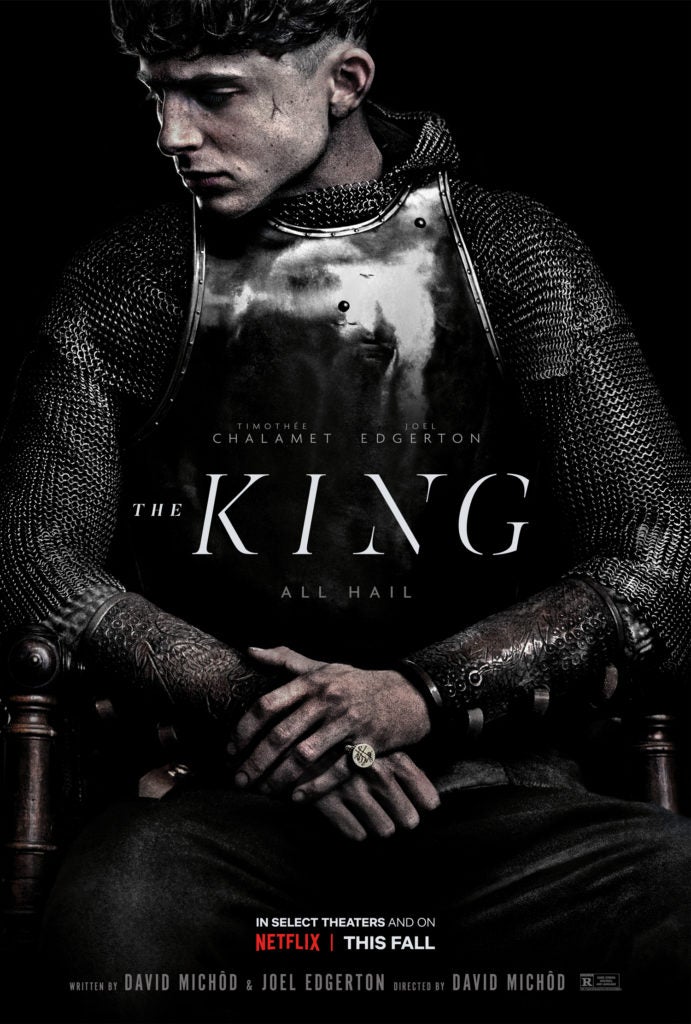 Set to be Netflix’s latest historical epic this year, “The King” is based on Shakespeare’s Henry IV and Henry V plays. Hal, the wayward prince, and reluctant heir to the English throne has turned his back on royal life and is living among the people. But when his tyrannical father dies, Hal is crowned King Henry V and is forced to embrace the life he had previously tried to escape. Now the young king must navigate the palace politics, chaos, and war his father left behind, and the emotional strings of his past life — including his relationship with his closest friend and mentor, the aging alcoholic knight, John Falstaff.

The film is co-written and directed by David Michôd and Joel Edgerton. The latter will also appear in the film as Falstaff with Sean Harris, Lily-Rose Depp, Robert Pattinson, and Ben Mendelsohn. #AllHailTheKing

Check out the official trailer here:

All Hail The King
Netflix
The King
Timothée Chalamet
INQPOP! Stories we think you might also like: