A teacher in Oklahoma, United States educated her students about emotional baggage with a simple classroom activity last Thursday, Aug. 22.

Karen Wunderlich Loewe had her pupils participate in “The Baggage Activity” on their first day back in school, as per her Facebook post on Friday, Aug. 23.

This starts my 22nd year of teaching middle school. Yesterday was quite possibly one of the most impactful days I have…

Prior to starting the exercise, she asked the kids what it meant to have “baggage.” They replied saying it was “hurtful stuff you carry around on your shoulders.”

Loewe then made the students write whatever was bothering them on a piece of paper. She instructed the students not to put their names on their papers.

After writing their answers, they crumpled the papers and threw them across their classroom.

Each student then picked up a piece of paper, and took turns reading out loud what was written on them.

When a child was done reading, Loewe asked the class whose paper that was. If the child would reveal themselves, Loewe invited them to share about what they wrote.

The topics the children wrote touched on suicide, death, abandonment and cancer, among others.

“I have never been so moved to tears as what these kids opened up [about] and shared with the class,” she said.

The activity also made the children cry due to the gravity of what each student wrote. It was especially touching when a kid chose to share about what they put on the paper.

“It was an emotionally draining day, but I firmly believe my kids will judge a little less, love a little more, and forgive a little faster,” the teacher stated.

Once all the pieces of paper had been read, they were placed in a plastic bag hung by the classroom door. The bag stays by Leowe’s door to remind the students that everyone has emotional baggage, and that they will “leave it at the door.”

Mom holds ‘job fair’ for her kids to teach them about money: ‘If you want it, earn it’ 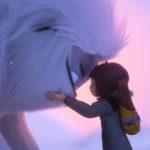 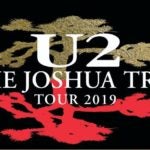 Release dates for ‘U2 LIVE in Manila’ tickets have been announced