GFriend returned to Manila with special ‘gifts’ for Filipino fans during their latest concert last Sunday at the New Frontier Theater. The group first visited the Philippines last year for their first Asian Tour titled “Season of GFriend.” And this time around, they made a stop in Manila as part of their 2nd Asian Tour, “Go Go GFriend!” 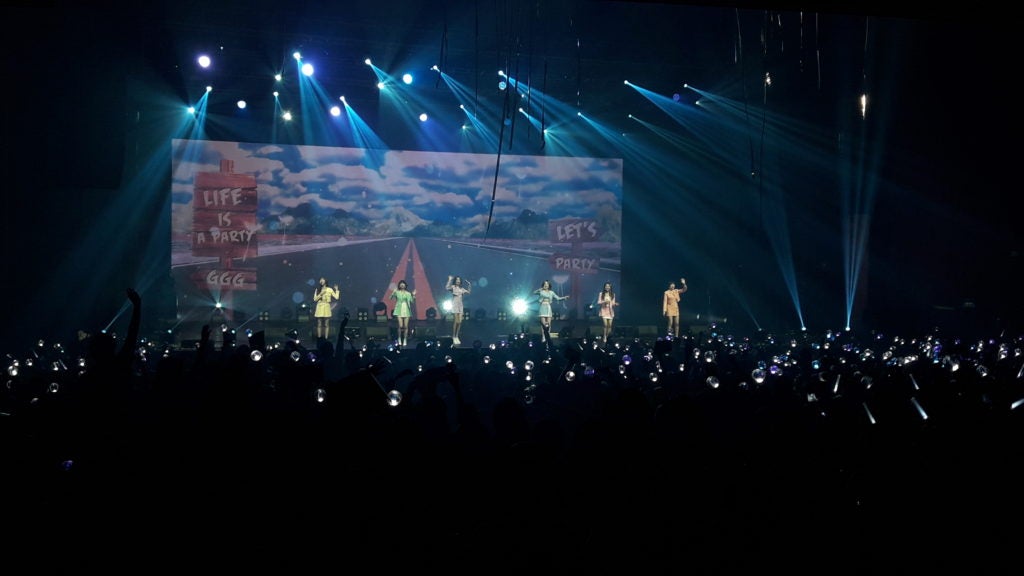 GFriend takes the stage for the second time in Manila for their “Go Go GFriend!” tour./Photo by: Fidea Encarnacion

The girls opened the concert by singing their hit single “Me Gustas Tu.” All six members–Eunha, Umji, Sowon, SinB, Yuju, and Yerin–came out of the stage donning colorful pastel outfits. The crowd instantly sang along while raising their fan-made banners, and official Glass Marble lightsticks, which is inspired from their debut song, “Glass Bead.”

All was cute and light in “Go Go GFriend” Manila stop

Almost all of GFriend’s singles were performed, including: “Navillera,” “Love Whisper,” “Memoria,” and “Flower.” The concert was a mix of awe and laughter, as the show progressed.

Fan-favorites Yuju belted high notes with ease and SinB showed off her dancing skills. Yerin was adorable in all her quirks, Eunha looked great as usual, Sowon was as tall as everyone expected she would be, and Umji was the sweetest–especially in the skits played on-screen.

In one segment, the girls were divided into two groups. The first sub-unit was named “Hug Hug,” with Yerin, Eunha, and Umji who performed “Shy Boy.” The second sub-unit was called “World Peace” and this time had Yuju, SinB, and Sowon together, in which they sang the song entitled “Monday Blues.”

Gift-giving from GFriend to Buddies, and vice versa

Midway through the concert, the girls announced that they prepared a special stage for their Filipino fans.

“The next song is something that we’ve never sung in our GGG tours [and] Buddies really like it,” Sowon said. A ballad version of their upbeat song “Rough” was performed live–a version which has never been sung in any of the stops in the “Go Go GFriend!” tour nor released in any of their albums.

As an additional treat for the fans, the Filipino lyrics were added to two of their well-loved songs.

The main concert lasted for more than two hours, with an encore to top it off. 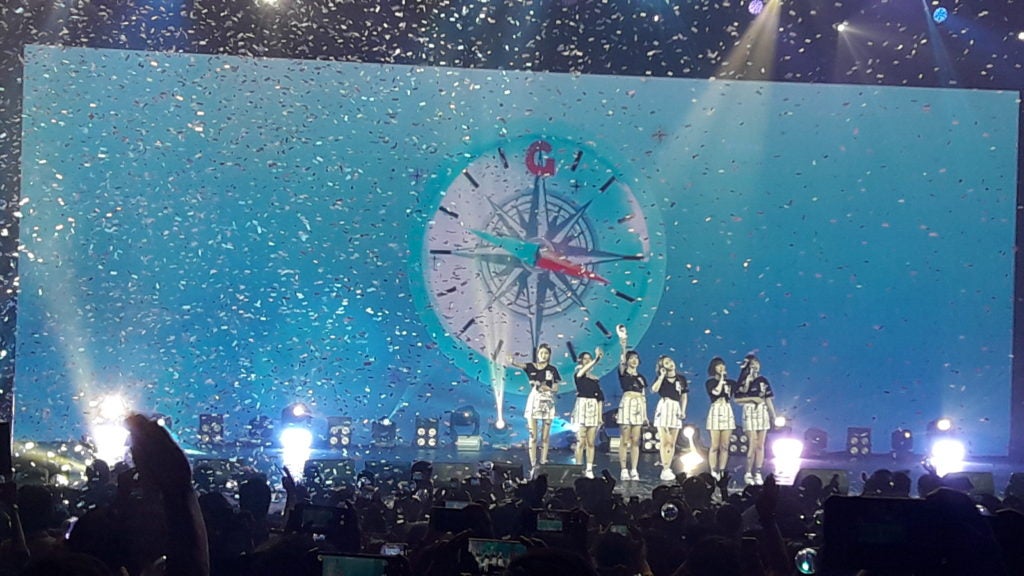 As a special surprise, fans prepared paper planes which they threw in their air towards the end of the show. The girls were surely surprised as they had big smiles on their faces while singing the last few songs in the setlist. Before the girls exited the stage, they took a group photo with all the Buddies in the audience holding the fan-made banners and gifts.

The 2019 GFRIEND ASIA TOUR in MANILA was presented by MyMusicTaste.