Bird or a rabbit?: This video of a black animal has left the internet confused

Although we have a knack for finding patterns or deciphering meanings, optical illusions can be a serious, perplexing problem sometimes—especially when we can’t figure them out in one sitting. A classic example of this would be the “duck-rabbit” that is now 127 years old and probably one of the most familiar optical illusions in history. 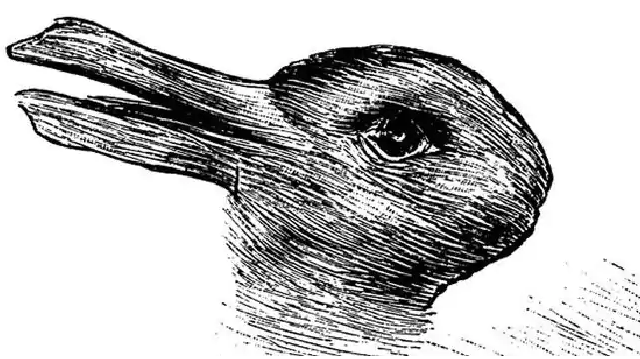 According to news.com.au, the image first appeared in a German magazine in 1892 and soon after, it was used by American psychologist Joseph Jastrow for his research. The Independent added that the objective of Jastrow’s research was to “make the point that perception is not only what one sees but also a mental activity.”

Fast forward to today, optical illusions have not only become “psychology tools” but also mind games for people who just want to challenge their perception and creativity. And recently, Twitter users were dumbfounded after a video of a black “animal” went viral because of its resemblance to the 127-year-old duck-rabbit image.

In a video posted by Dan Quintana, it appears that he was stroking a rabbit on its nose—however, Twitter users thought otherwise.

Rabbits love getting stroked on their nose pic.twitter.com/aYOZGAY6kP

The video now has 7.8 million views, 15.3K retweets, and 59.6K likes since it was uploaded. A @laskakaro commented, “Seriously what am I looking at? I can’t handle this kind of mental pressure right now.” To which a @Schfooge replied, “Sounds like theology based on Looney Tunes.”

While some comments were mostly funny, some decided to initiate a much deeper discussion like @GretaGabolini who confidently stated how it isn’t a rabbit but a corvid instead–”That is not a rabbit, it is indeed a Corvid. Notice the nictitating membrane when it blinks. Instead of moving up and down, it sweeps across the eye horizontally and is translucent.”

Whether it’s a bird or a rabbit, we all feel like we have been sent down a rabbit hole!